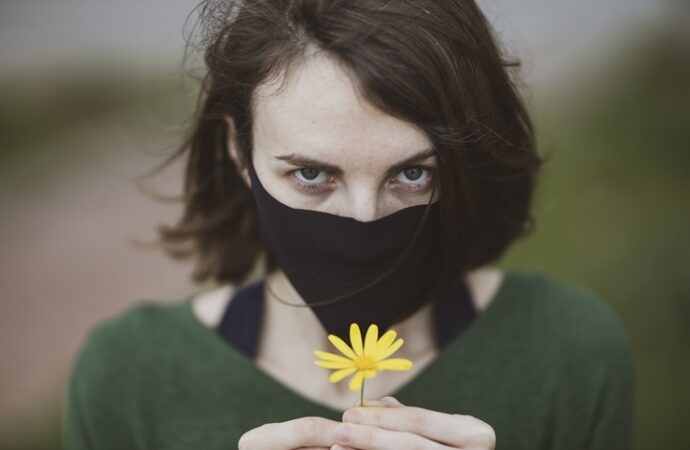 When I was a kid, I used to love the show “Fraggle Rock.” A creation of “The Muppets’” Jim Henson, it detailed the underground life of the Fraggles. These furry imaginary creatures lived alongside the dutiful Doozers, who quietly built their elaborate, edible constructions. The Doozers built and the Fraggles ate, without any apparent hard feelings. But one day a sentimental Fraggle, Mokey, convinced the Fraggles to stop the destruction, as she found it selfish and mean.

Soon the Doozers’ projects grew and grew; eventually, Fraggle Rock became completely impassable. The well-meaning gesture turned out to be a disaster. The Doozers were about to find a new home when the Fraggles came to realize the error of their ways. The old system, while unplanned and even a little bit cruel, worked the best. There was balance.

Much of nature has this quality. Take the wolves away, and the deer population reaches the point of mass starvation. Remove the bees, and the plants can’t pollinate. Things work and are in harmony, though just how they work is not fully understood. Disturbing the system too much and too rapidly often leads to unforeseen problems.

While the love of nature is often associated with the left-leaning environmental movement, respect for its order and hidden logic is a true conservative value. For us, the principle is broad; it applies as much to nature’s laws as to man’s. Change the divorce laws or subsidize unwed births, and you might find you destroyed the traditional family in only 50 years’ time.

In any discussion of “Would you rather live now or some time in the past?” developments in medicine loom large. It’s easy to take them for granted. Significant infant mortality, infectious diseases, and a great deal of suffering have been conquered only in the last 100 years. Antibiotics were one of the more important contributors. Then, numerous vaccines. Finally, public health deserves praise for restaurant and food inspections, sanitation projects, and the like.

These achievements should not be dismissed lightly. But, as in much else, there is a limit.

Our steady food supply and the decline of smoking have led to an explosion of lifestyle diseases like obesity and diabetes. Ultraclean childhoods leave numerous young people beset by severe and deadly allergies. A materialist worldview has also contributed to the diseases of despair, such as drug abuse, depression, and suicide.

Now a new virus has traversed the world. It has led to a particularly acute panic among those most connected to modern cities and disconnected from tradition, the land, and nature. The density permitted by revolutions in public health have allowed our megacities like New York to form, but now they have become vectors for the rapid spread of new diseases.

The coronavirus and its death toll have shocked a world used to control and comfort, where death came mostly at predictable intervals. There appears a limit to what can be accomplished through science and technology, and acknowledging such limits is alien to the western scientific enterprise.

Shutdowns and masks are brute force measures of dubious utility. So far, they either have not worked or their benefits dissipate as soon as life returns to normal. It appears the virus has its own agenda, and the stoic approach of herd immunity, which does much to keep the flu and other diseases from becoming ravaging pandemics, has been set aside.

Oxford epidemiologist Sunetra Gupta appears eminently more sensible and balanced than many of her colleagues. She is a prominent lockdown skeptic and says in this excellent interview,

the only way we can reduce the risk to the vulnerable people in the population is, for those of us who are able to acquire herd immunity, to do that. Even if there is a little bit of a risk. I’m 55 years old, there’s some slight risk out there. But I would be willing to take that, just as I do with the flu. There’s a risk I might die of flu, but I’m willing to take that risk, because I know that if I don’t then flu will appear as it did before, it will enter the population of immunologically naive individuals, and then there will be a high risk of infection which will have a disproportionate effect on the vulnerable sector of the population. . . . Flu is clearly a very dangerous virus, but the reason we don’t see more deaths from flu every year is because, through herd immunity, the levels of infection are kept to as low a level as we can get.

While the coronavirus mitigation measures are sometimes framed as pitting the economy against lives or greed versus compassion, Gupta makes the useful point that there is a terrible moral and social cost that comes with many of these measures. They encourage people to be afraid of others, avoid human connection, and willingly confine the most vulnerable to grinding poverty.

Admitting that we may simply be required to accept the inevitable and manage a difficult situation is counter to the assumption of modern medicine that the world and death itself can be fully conquered through science.

Richard Weaver used to be a prominent figure in conservative circles, not least because of the catchy title of his book, Ideas Have Consequences. Weaver was a thoroughgoing anti-modernist, tracing the start of the decline to William of Ockham and his nominalism . . . in the 13th century. Weaver also was something of a conservationist, aghast at the nature-destroying developments of his day: “We get increasing evidence under the regime of science that to meddle with small parts of a machine of whose total design and purpose we are ignorant produces evil consequences.”

In the case of the coronavirus public health efforts, that meddling may mean the decline of herd immunity, the normal and more enduring bulwark against pandemics. Yes, there will be pain and death along the way, but much of that already exists now, or is, at best, being delayed.

The recent resurgence of the coronavirus in California, as well as in Spain and Japan, is happening in spite of long and rigorous lockdowns and widespread masking. Even if these measures were fully successful, it’s not clear they can ever be lifted in a way that didn’t lead to the virus resuming its course. Moreover, by preventing the acquisition of herd immunity, these measures seed the conditions for a truly devastating pandemic in the process, including from other diseases. Our approach is analogous to the outdated policy of aggressively fighting small forest fires, which seems logical enough, but creates the fuel for larger and more devastating conflagrations in the future.

“Fraggle Rock” was no work of abstract philosophy. But the Fraggles’ abandonment of their traditional practice of eating the Doozers’ building projects contains an important truth relevant to the coronavirus pandemic. Namely, by aggressively fighting nature and trying to stop its processes, we may upset a balanced and functional system leading to worse results than those we tried to avoid.