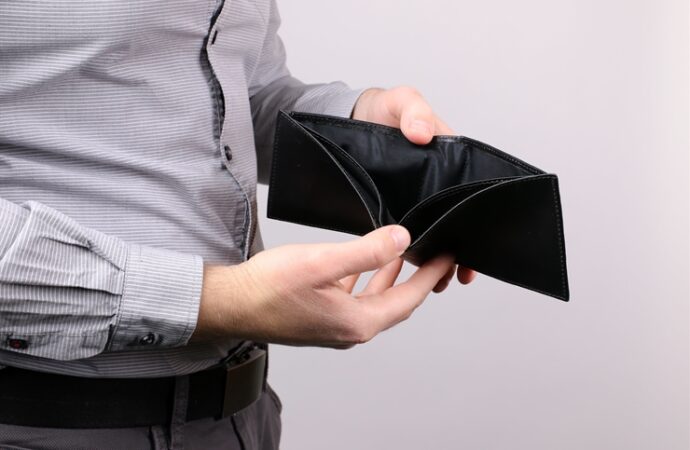 The months of quarantine and subsequent riots have brought changes few predicted. Calls to defund the police and the lawlessness of places like Portland have sent the sale of firearms through the roof. The closure of schools and move to distance learning have many parents and students taking a hard look at education, resulting in many new homeschoolers. Citizens once complacent about such rights as freedom of speech and the freedom to assemble are now questioning the power of government, particularly state governments, to impose what appear to be arbitrary rules regarding the First Amendment.

On Friday, August 7, Virginia Governor Ralph Northam announced the state would extend its evictions moratorium through September 7. This moratorium forbids landlords from evicting tenants for failing to pay their rent. Other states across the country have also banned evictions.

This moratorium is the government’s attempt at compassion. After all, we don’t want to add those who have lost their jobs to the ranks of the homeless. No – we want to help them through the coronavirus crisis. It’s a good thing, right?

On the day after Governor Northam’s announcement, I spoke with a married couple in their early thirties who are the parents of four small children. After graduating from college, Maggie and Sam Smith – they asked me not to use their real names – worked hard, scrimped and saved, and began buying rental properties here in Front Royal, Virginia, single family homes and older houses consisting of two or three apartments. Both Maggie and Sam are savvy about money and real estate, and today they own over a dozen of these buildings.

And like landlords across the county, they are unhappy with the shenanigans of the government.

“First, what the governor is doing is unconstitutional in the case of our properties,” said Maggie, who majored in political science in college and worked for a time as a congressional aide. “The state licenses and inspects places like restaurants, cafes, and all other retail stores. Granting those licenses means the state has the power to oversee those businesses or even take away their licenses.”

“But in our case,” she continued, “the contracts between us and our tenants are private agreements between individuals. If there are disagreements, then the issue is settled in the courtroom. But here the government is negating contracts.”

Months ago, the Smiths realized many people were struggling financially during the coronavirus quarantine, and endeavored to work with their renters, allowing them to pay their rent piecemeal or extending the deadline for such payments. Their tenants, they say, appreciate these efforts and try hard to pay what is owed.

A family of four adults of working age with three children rent a home from the Smiths. As soon as the governor announced the ban on evictions, these people quit paying their monthly rent. Because the state had shut down the courts until recently, the Smiths were unable to seek recourse there. So for five months Maggie and Sam have paid the mortgage, the insurance, and the taxes on a house from which they collect no rent. As one of the tenants of that house told them, “They’ve shut the courts down. You can’t evict us.”

Maggie followed her tenants on social media and found pictures of them eating crab legs in the house, dining out at various restaurants, and adding special features to their cars. They also stole some of the fencing in the backyard to use on a building job on another property.

According to the Smiths, these are the unforeseen consequences of this government dictate. Mom-and-Pop landlords who own and rent out homes and apartments but who have no means of collecting the rent will soon think of selling these buildings or giving up altogether and allowing the banks to foreclose. The Smiths wonder whether these government actions might lead to a massive wave of foreclosures by banks, followed by another housing crisis similar to the one in 2008. Will landlords, unable to pay their bills, simply give up on their properties? Will Wall Street cash in on these foreclosures?

Unfortunately for the derelict renters mentioned above, their lease expired on August 8. The young mother in this bunch had the gall to write Maggie and Sam, and ask if they could stay on in the house if they paid a few dollars on the $6000 owed. “I have kids,” the woman wrote.

None of the governors advocating these pandemic policies are held accountable for the damage they’ve wrought to the economy and the culture. They blithely disregard the Constitution and common sense, and continue to issue their regulations for “the common good.”

But it’s people like the Smiths who are paying the price.