Andrew Cuomo’s DNC Speech Was a Travesty of Errors 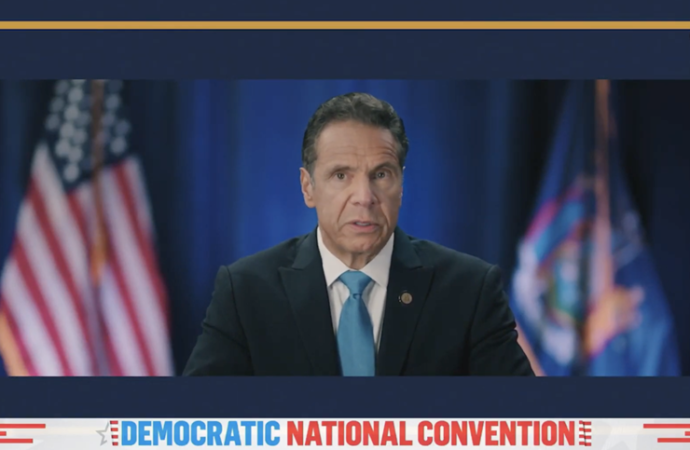 Many political speeches are full of imprecise rhetoric and easily disproven statements. New York Governor Andrew Cuomo’s speech to the Democratic National Convention Monday night is one such speech. Here are six of the governor’s statements, dissected for your morbid reading pleasure.

“New Yorkers were ground zero for the COVID virus and have gone from one of the highest infection rates in the globe to one of the lowest. We climbed the impossible mountain, and right now we are on the other side.”

As of August 18, CDC data ranks New York in the middle of the pack for COVID-19 cases in the last seven days. While likely much better than the state’s previous rates, it is still not even “one of the lowest” infection rates in the country, much less globally. Even an otherwise glowing review of Cuomo and Bill de Blasio’s COVID-19 policies by The New York Times remains skeptical about the government’s ability to prevent a second wave.

By itself, New York City outstrips the next closest state by nearly 8,000 deaths, with outstate New York adding nearly another 9,000 deaths to that tally.

“New Yorkers want to thank everyone who came to our aid: 30,000 Americans who volunteered to come here to help in our hour of need. Your love gave us the strength to carry on.”

Nice words, but they ring hollow following Cuomo’s actions in May. The governor scorned those volunteers a few months in by explaining they would have to pay income tax to the state of New York based on the time they spent battling the coronavirus in his state. After all, Cuomo explained, “We are in dire financial need.” The state couldn’t afford to provide “subsidies” to guest workers.

Finding legal loopholes to force volunteers to pay for their sacrifice to save lives so the state can stem its $13 billion budget deficit is a curious way to show gratitude.

“COVID is the symptom not the illness. Our nation is in crisis and in many ways COVID is just a metaphor. A virus attacks when the body is weak, when it cannot defend itself.

“Over these past years America’s body politic has been weakened. The divisions have been growing deeper, the anti-Semitism; the anti-Latino and anti-immigrant fervor; the racism in Charlottesville where the KKK didn’t even bother to wear their hoods; and in Minnesota where the life was squeezed from Mr. Floyd.

“Only a strong body can fight off the virus, and America’s divisions weakened it.”

Regardless of your position on the government’s response to COVID-19, to claim that COVID is “not the illness” and is “in many ways… a metaphor” is to be flippant with the deaths of what (for lack of better numbers) the CDC counts as over 150,000 Americans as of August 18.

To claim that a less racist America wouldn’t have been hit so hard is ridiculous. Viruses are color blind. They are also value blind, and a shot of anti-racism would not provide an inoculation to COVID-19. The only divisions that have prevented a better response to the disease (if one believes that government can ever truly prevent a pandemic) is the political rancor that has exploded to new heights post-2016.

“Our collective strength is exercised through government, it is in effect, our immune system. And our current federal government is dysfunctional and incompetent, it couldn’t fight off the virus, in fact it didn’t even see it coming.”

Gone are the days of the Democratic Party when Harry Truman sat in the oval office with a sign on his desk reading, “The buck stops here!” Individual states have far more power to act quickly and control circumstances within their borders than the federal government does. Whatever Trump’s failings may be, they do not excuse Cuomo’s own awful COVID-19 policy decisions.

Remember those New York COVID statistics up top? Those occurred even as the state of New York admitted to undercounting deaths resulting from Cuomo’s disastrous policy forcing nursing homes to accept COVID-19 positive seniors. And lest we forget, New York City’s questionable reduction of subway services likely didn’t help prevent the spread of the disease.

Additionally, Cuomo’s assertion that “our collective strength is exercised through government” would likely surprise many historical figures of America’s past. Alexis de Tocqueville noted in Democracy in America that:

“The partisans of centralization in Europe are wont to maintain that the Government directs the affairs of each locality better than the citizens could do it for themselves…. But I deny that such is the case when the people is as enlightened, as awake to its interests, and as accustomed to reflect on them, as the Americans are. I am persuaded, on the contrary, that in this case the collective strength of the citizens will always conduce more efficaciously to the public welfare than the authority of the Government.”

It is almost shocking that Cuomo, in a time where the federal government is not preforming as he would want, is still clamoring for more government intervention.

“That, of course, we will wear masks, because we are smart, and because I care about you and because you care about me. Of course we will socially distance, because staying away shows how close we actually are.”

Even when Cuomo speaks more specifically about his own personal conduct he can’t help but fudge the lines. In July, Cuomo took a quick campaign jaunt down to Georgia, campaigning for Savannah Mayor Van Johnson complete with elbow bumping, yet devoid of the masks Cuomo touts as vital. Johnson at least had the good grace to own up to his mistake. Based on his own DNC comments, one wonders if Cuomo simply doesn’t care about Johnson that much after all.

Joe Biden will build up America. How you may ask? Well surely he’s demonstrated that on the campaign trail. Yes, the best way to “unify, not divide” America, the best way to “bring us up not tear us down,” and the best way to “[appeal] to the best within us not the worst” is by calling people “lying, dog-faced pony soldier[s]” and by offering “to go outside” and fight people who disagree with your gun control policies.

Cuomo’s speech only lasted five minutes and eight seconds. That’s a lot of malarkey crammed into a short time frame.

Who’s ready to watch Biden speak to the DNC?