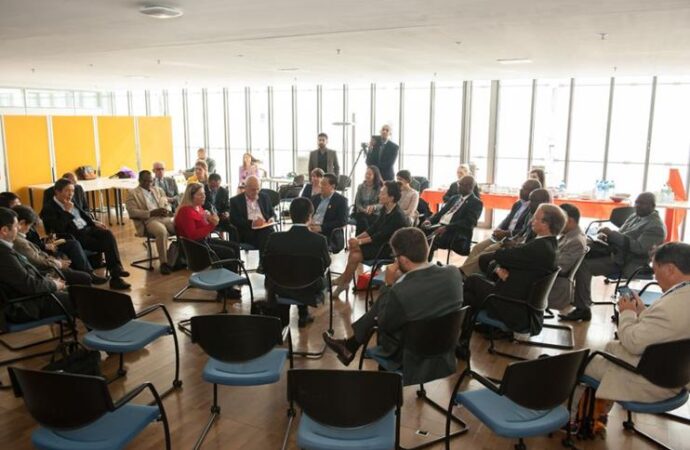 It is now dangerous for an academic to conduct or even discuss research that shows an absence of racial bias in the criminal justice system. An Asian-American college official was forced to resign his position after discussing such research, as The College Fix reports in the article, “Scholar forced to resign over study that found police shootings not biased against blacks.” As it notes:

Michigan State University leaders have successfully pressured Stephen Hsu to resign from his position as vice president of research…The main thrust to oust Hsu came because the professor touted Michigan State research that found police are not more likely to shoot African-Americans….

‘I interviewed MSU Psychology professor Joe Cesario, who studies police shootings,’ he wrote in an email to The College Fix… Cesario is the Michigan State psychology professor who co-authored the study published July 2019 that debunked the notion that police are more likely to shoot African-Americans. Hsu wrote on his blog that the paper concluded ‘there is no widespread racial bias in police shooting.’

Cesario’s research had been cited in a widely shared Wall Street Journal op-ed headlined “The Myth of Systemic Police Racism” that was published June 3 amid racially charged protests against the death of George Floyd in police custody.

As Professor Hsu notes, “Cesario’s work (along with similar work by others, such as Roland Fryer at Harvard) is essential to understanding deadly force and how to improve policing.”

The reprisals against Professor Hsu help explain why there are fewer and fewer new studies finding an absence of bias in the criminal justice system — even as societal racism continues to diminish, according to surveys like the General Social Survey. Researchers now have an incentive to conduct misleading studies, that deliberately cherrypick data and omit relevant variables, in order to reach a conclusion that is less risky to their career: that discrimination is widespread.

Researchers used to regularly find that the criminal justice system was fair to racial minorities, in arrests and sentencing. In 1994, federal statistician Patrick Langan looked at the nation’s 75 largest counties and found “no evidence that, in the places where blacks in the United States have most of their contacts with the justice system, that system treats them more harshly than whites.” As he noted in “No Racism in the Justice System,” “Many studies have been conducted that show no bias in the arrest, prosecution, adjudication, and sentencing of blacks.”

Similarly, statistical expert Stephen P. Klein of the RAND Institute studied California’s state criminal justice system and found that criminal sentencing in California was racially fair and non-discriminatory. (See Stephen P. Klein, et al., “Race and Imprisonment Decisions in California,” 247 Science 812 (1990)). That was the opposite of what Dr. Klein expected to find. He had served as an expert witness for civil-rights groups in landmark cases such as Serrano v. Priest— and studied criminal justice  on the recommendation of the liberal California ACLU, which sees racism everywhere. But his statistical analysis debunked claims that the criminal justice system was systematically racist.

But the more factors a study takes into account, the more time and money it takes to do the study. So researchers are tempted to cut corners by omitting factors or variables that are hard to measure, or that the researcher suspects may not be all that important.

There is another, even bigger reason for researchers to wrongly omit relevant variables or rely on incomplete data: Taking into account more data or variables can end up debunking claims of discrimination, rather than providing the “proof” of discrimination that progressive officials and journalists want. Studies frequently allege discrimination precisely by ignoring key variables. Their authors are rewarded by being given tons of favorable publicity; or having their studies lead to social change.

A classic example is the gender-bias study used to give female faculty pay raises in Smith v. Virginia Commonwealth University (1996).

The study claimed female faculty were being paid less than men by VCU due to sex discrimination. But it turned out that the study ignored relevant factors actually used by the university to set pay — such as scholarly productivity, and whether a faculty member had previously served as an administrator. If these important variables had been included in the statistical analysis, there would almost certainly have been no finding of discrimination.

But these important variables were excluded, leading to the university giving its female faculty pay raises to compensate for the non-existent discrimination. Male faculty then sued, alleging that because there was no discrimination against women to remedy, the gender-based pay raises discriminated against men.

The appeals court was interpreting the Supreme Court’s murky and vague decision in Bazemore v. Friday, which says a study should include the “major” factors and variables to be admissible in a race or sex discrimination case.

But what makes a variable major versus minor? The Supreme Court’s vague decision itself gave little guidance as to what is a “major” variable that must be included, versus a minor one that can be excluded.

That vagueness has been the source of endless mischief, and incentivized countless bad studies. A researcher who wants to engineer a false finding of discrimination can just omit variables that are supposedly “minor,” but which, if included, would show that a racial or sexual disparity isn’t due to discrimination, but rather, something else (like fewer minorities than whites having the qualifications needed for a job, or more blacks than whites having a prior criminal record).

The researcher’s false finding of discrimination can then be used to justify doing things that progressive officials are eager to do, like creating an affirmative action plan, or awarding gender-based pay raises.

For every flawed study alleging discrimination that is successfully challenged in court because it omitted major variables, there are countless others that are never even challenged, because such a challenge is just too costly. To challenge such a study, it is often necessary to pay an expert witness to explain to the court why the omitted variables are major rather than minor, and thus should have been excluded. Such experts usually charge at least $750 per hour for their work, and take many hours to complete and write up their analysis.

If you are a researcher, why conduct a painstaking statistical analysis that takes all relevant factors into account, and thus finds no racism or sexism, when you can make your job easier and reduce your workload by deliberately omitting relevant factors, and thus reach the politically less risky conclusion of “discrimination”?

The challenge to the flawed gender-discrimination study in Smith v. VCU was only successful because the challengers lucked out, and received hundreds of thousands of dollars worth of free legal assistance from the Center for Individual Rights.