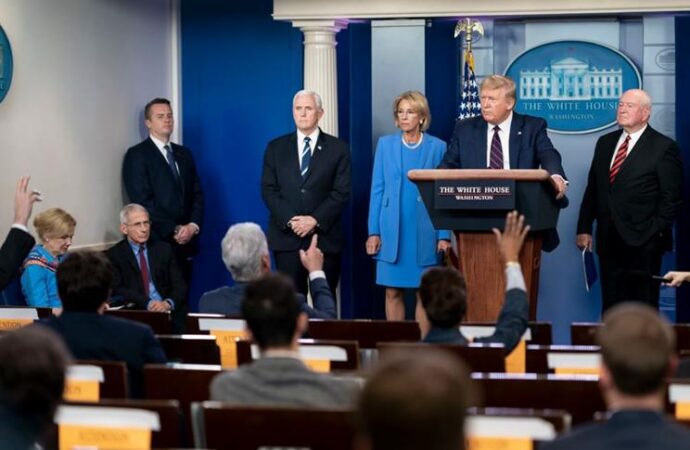 Washington journalists’ tweets and interactions on Twitter show that those delivering news on government and politics to most Americans live in “more insular microbubbles than previously thought,” according to a new study.

These journalists display a “vulnerability to groupthink and blind spots,” the study says.

The study, by journalism professors Nikki Usher and Yee Man Margaret Ng of the University of Illinois, Urbana-Champaign, doesn’t directly assert that the “groupthink” is liberal.

However, it refers to traditional perceptions of the news media going back to at least 1964 and establishes what it calls the “peer-to-peer dynamics” of journalists. Media bias and promoting narratives has been a particular issue in recent years.

The study, published June 30, measured these dynamics through Twitter and concludes:

The dangers of journalists having limited perspectives are real. While this study does not purport to show possible worsening over time, it does provide support that shows siloed communities of journalists and thus offers an important, empirically grounded caveat about their vulnerability to groupthink and blind spots.

The study identifies nine clusters of news organizations, called “communities of practice,” that routinely retweet and interact with fellow members of their group. These include:

—The “elite/legacy community” is made up of journalists from The Washington Post, NPR, The New York Times, NBC News, and Politico.

Separately, the study gives CNN its own cluster because so much of the Twitter interaction is between or among CNN employees:

In particular, it is concerning that CNN journalists are tweeting mostly to other CNN journalists about CNN. Even if this is an organizational mandate, it nonetheless serves as a powerful echo chamber that leaves CNN’s internal sense about what news matters unchecked and reconfirmed by those who work there.

The “critique of ‘Eastern Liberal Media’ generally dates to Barry Goldwater in the 1960s,” the report notes, adding that “‘elite media’ and ‘coastal elitism’ have reached a fever pitch in the Trump era.”  It says:

Journalists widely predicted that Hillary Clinton would win the 2016 election. The aftermath prompted renewed interest among journalists and scholars focused on the United States as to whether political journalists, particularly those in Washington, were in a ‘media bubble.’ …

U.S. journalists are more likely to be insulated in liberal political bubbles in big cities that are growing ‘bluer.’

The researchers do not try to say whether each journalist leans left or right based on Twitter. But, the study says the “clusters” suggest that journalists now tend to interact “within even smaller communities of like-minded journalists that have been previously considered.”

“If journalists are talking to even smaller groups of journalists who share similar orientations,” the study says, “there is a real concern about the limitations of these epistemic communities in generating knowledge and information for the public.”