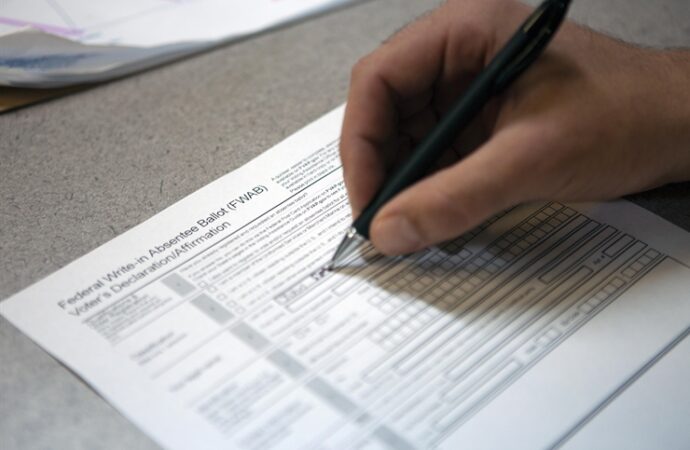 Thousands of voters in North Carolina voted twice in one or both of the past two elections, according to a court filing in the key battleground state.

Public Interest Legal Foundation, an election integrity group, announced Thursday that it had filed a brief in U.S. District Court for the Middle District of North Carolina outlining the number of double votes.

A total of 16,700 duplicate votes were cast in the 2016 and 2018 elections, according to an audit by the watchdog group based on public records.

North Carolina was home to a disputed voter fraud case in 2018.

Public Interest Legal Foundation made the court filing in the case of Democracy NC et. al. v. North Carolina State Board of Elections, which seeks to suspend North Carolina’s protections for mail-in voters during the presidential election in November in light of the COVID-19 pandemic.

Specifically, the state’s public voter rolls show that even with election integrity mechanisms in place, voters registered in more than one precinct are credited for voting a second ballot.

This could be an individual voting twice or someone voting while using someone else’s identity. Such cases largely have resulted from poor maintenance of voter rolls at the local level – for example, not updating the rolls when voters move.

The audit found that in the 2016 presidential election in North Carolina, about 9,700 voters were credited with voting twice. Of these cases, about half – or 5,000 – were mail-in ballots.

Two years later, during the 2018 midterm election, about 7,000 voters were credited with voting twice. Of those, 2,900 were mail-in votes, the audit says.

It is not clear how many of the same voters voted twice in both elections.

In one of the most high-profile voter fraud cases in recent years, the North Carolina State Board of Elections decertified the outcome of the 2018 race in the 9th Congressional District and ordered a new election after evidence of absentee ballot fraud emerged.

In that race, 61 percent of all mailed votes were cast for Republican Mark Harris over Democrat Dan McCready, although only 16 percent of those requesting a ballot were Republicans. In the new election, Republican Dan Bishop stepped in as the party nominee and won.

“This is a widespread concern in North Carolina,” J. Christian Adams, president and general counsel of Public Interest Legal Foundation, said in a written statement. “We should be talking about how to strengthen our systems against misdeeds done out of the sight of election officials in 2020 instead of defending an imperfect system from total ruin.”

Those suing, Adams said, “are only raising the threat of worsening the settled fact that voter fraud is most common in the mail.”

The lawsuit in North Carolina by Democracy NC, the League of Women Voters, and others calls for waiving requirements that voter registration forms be submitted 25 days before an election, eliminating the witness signature on absentee ballots, allowing ballots to be received in ways other than mail, such as contactless dropboxes, and increasing early voting.