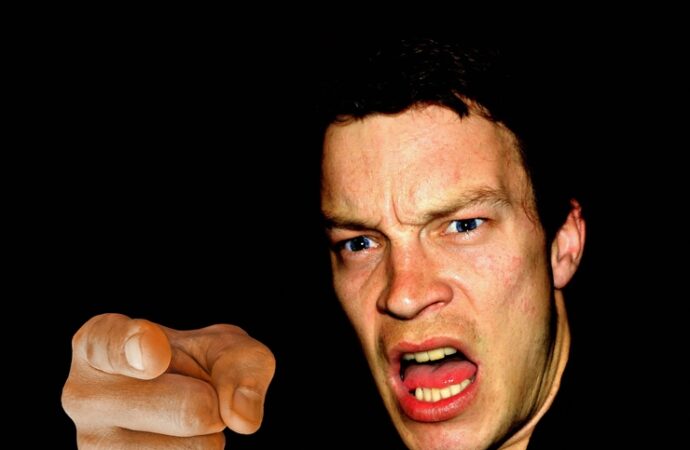 Once upon a time, America’s unofficial motto was: “It’s a free county.” Americans largely agreed that all could and should do what they wanted, assuming they weren’t hurting anyone else. You like vacations, someone else likes being a homebody. You like rock, he likes rap, and she likes country. If you wanted to smoke, ride a motorcycle, or move across the country to find yourself, that was up to you. It was understood and widely accepted that a foundational part of our system was wide-ranging freedom. And the corollary to that freedom was a strong, mutual commitment to “live and let live.”

No more. So much of the piling on that takes place today on social media involves confrontations between ordinary people going about their lives and aggressive, pestering interlopers with very rigid ideas about how others should live.

One of the chief characteristics of these busybodies is an instinctual revulsion at the sight of other people having fun.

One might think fun, enjoyment, and recreation are merely optional; the icing on the cake of the real stuff of life. This is wrong. Laughter, music, discussion, literature, falling in love, beauty, and pursuing things simply for their own sake are more real and more human than many of the supposed important things.

People who confuse instrumental goods with the essence of life are the boring sorts who love to tell you about their important promotion or how they just bought a Rolex. They mistake mere activity for living.

A more extreme variant of these ordinary kinds of bores are the “fun police.” They follow and conform, aggressively harassing those who do not. They take their directions from experts deemed acceptable by the authorities. The ideology of progressivism allows these mediocre conformists to imagine themselves as daring iconoclasts. Doing what is praised, rewarded, and respectable is the essence of their life. It really bugs them that others aren’t on board with the program.

Consider the various judgy stories about people congregating in outdoor parks, going to the beach, or generally having a good time over Memorial Day. There is almost no evidence the coronavirus is transmitted outdoors. Being outside, in the sun, and around others is good for people. But, instead, we have Kafkaesque insanity.

Of course, the changes over the last few months are not all bad. Some new joys have emerged. I see a lot more people walking and exercising and getting to know their neighbors. Children are insulated from the relentless propaganda of the public schools. But life is not the same, and we all know it. We can’t see our friends and family. We can’t travel. California banned singing in Church. This is not a “new normal.” It sucks.

The Culture of Mutual Surveillance

While shutdowns proved to be especially hateful, mask propaganda is now strong and aggressive – the latest ersatz and intrusive recommendation of the public health community. Maybe there is something to it, but as recently as 2019 the WHO concluded there is no significant evidence masks do any good, and some that they do harm. While masking is marginally better than the shutdowns, it is an intrusive thing to impose on the healthy, especially if they have to deal with security guards and crazy customers enforcing mandatory masking orders.

Even after all of these measures, coronavirus is still here, to greater or lesser degree. It is quite an illusion to think we understand it or can control it. Nature is full of mysteries. A few months ago, masks were deemed a selfish expression of indifference to frontline health workers. But masking is the official ideology now, and, like recycling, a way to put oneself on the side of the managerial class.

Everyone is deputized now to police the lives of others. The masks are a visible symbol of adoption or resistance to the official view. Surely it’s not a concern for safety that gets someone to run up on someone without a mask and actually beat them. Slightly less physical – but more creepy – is the recent trend of confronting and recording people in the hopes of publicizing their bad behavior and exposing them to penury and public shame.

This is something new in American life: the emergence of a “culture of mutual surveillance.”

It is not new to the world, however. It existed to some extent in the days of the Puritans and, even now, in austere and self-selected religious communities. It reemerged in our universities, which are the hotbed of progressive politics and weaponized victim culture. Most visibly, policing one’s neighbors is an important and universal part of ideological states, including the most prominent and memory-holed example, the Soviet Union.

Berkeley professor and Soviet émigré Yuri Slezkine wrote about this aspect of the Communist regime in his epic account of the early days of the Soviet Union, The House of Government. He makes a persuasive case that Soviet Communism was best understood as a new religion, with the rituals, demands, and policing of fellow congregants common to fundamentalist sects. “Within the Party, discipline was maintained by means of regular ‘check-ups’ or purges by special committees and constant mutual surveillance by rank and file members . . . ‘Lenin used to teach us that every Party member should be a Checka agent—that is, that he should watch and inform.’”

Not As Clever As They Think

Modern progressivism is barely distinct from the Soviet Union in its goals and tactics, complete with the hostility to traditional religion and symbols of the past. It is an aggressive and intrusive belief system that demands not mere conformity to the rules, but transformation of the spirit. It is also fragile and demanding, so backsliding and heresies are recurring obstacles. Everyone’s private behavior must be monitored and policed lest social contagion emerge. The Soviets used to make heroes of the children who ratted out their parents. A similar phenomenon has emerged in recent times.

Young and rootless people are the voluntary spies and soldiers of the progressive regime. The pandemic supercharged progressivism to allow otherwise-powerless people devoid of influence to feel that they are taking part in something powerful and true. This includes the young rabble of Antifa or the aggressive cat ladies with their smartphones.

These are all people lacking the capacity to form a community among those with whom they disagree. Genuine tolerance is an intrinsic part of more traditional forms of social life: neighborhoods, churches, and families. With the atomization of modern life – broken or nonexistent families, a crisis of faith, and an explosion of loneliness – man still searches for meaning. Aggressive ideological politics provides it. The coronavirus crisis simply amplified the managerial ideology that prioritizes being “on the cutting edge” and “doing the work,” the “struggle” and “being part of history.” As President Obama said heretically, “I am confident we can create a Kingdom right here on Earth.”

The fun police are not as clever as they think. They would have scolded someone for wearing a mask three months ago as readily as they scold the absence of one today. If an actual scientific paper showed these masks did little good – or even affirmative harm – that would not shake their faith. It’s not a scientific spirit but a religious one at work. For them, the old joys of life – laughing, singing, time with friends, barbeques, falling in love – are all deemed superfluous, frivolous, and anti-social . . . sins.

There have probably always been small-souled and envious people like this, the kind who get annoyed at neighbors having a get-together or kids playing in the park. But when this psychology is joined to a utopian ideology, the relentless and murderous ethos of the Cheka reemerges. This is not merely an expression of personality, but the loss of personality into the cause of all-consuming politics, which seeks nothing less than “heaven on earth.”

The Soviet Union is a warning from history, just as the last few months are a prelude to what comes next. If the progressive Left and its army of snitches continue to have power, we will be guaranteed Hell on Earth instead.