Something Beautiful: The Path of Success to Lifelong Learning 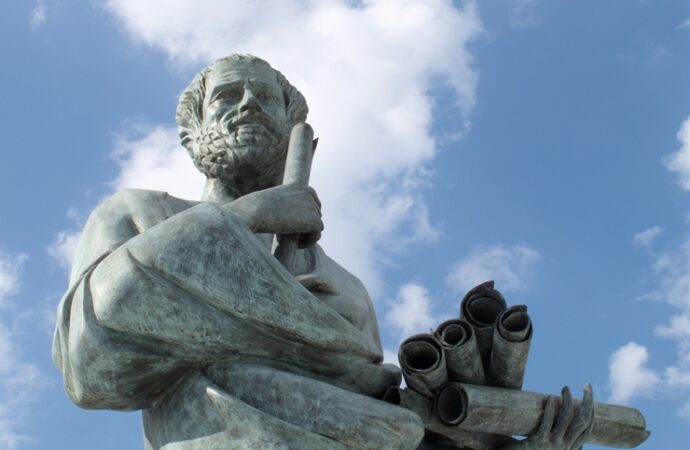 Suppose you’re a stay at home mother of four, and your sixteen-year-old daughter has taken an interest in classical music, a subject as foreign to you as Portuguese.

Suppose you’re a bright homeschooling teen who wants to learn more about European history from a teacher.

Where do you turn?

Let’s take a look at The Great Courses.

While a student at Harvard Law School, Tom Rollins was facing an exam on the U.S. Federal Laws for evidence, a test for which he felt unprepared, when he discovered a series of videotaped lectures on the subject by law professor Irving Younger. With the help of those lectures, Rollins passed the exam, but even more importantly for the rest of us, he was entranced both by Younger’s engaging delivery and by the idea that teaching needn’t be restricted to a classroom.

In 1989, the 33-year-old Rollins resigned his post as chief counsel to Senator Ted Kennedy’s Labor and Human Resources Committee, and set out to find the best college professors, record their lectures, and bring them out of the classroom to the public at large.

Thus was born The Teaching Company, now known as The Great Courses.

For the first few years, Rollins struggled to bring his vision to life. As Heather Mac Donald recounts in The Diversity Delusion, by 1992 Rollins had maxed out his credit cards, gone through his retirement savings, and was living in an attic in his efforts to finance this enterprise. Yet he remained committed to his vision, and as the courses began to find an audience – a history of Western philosophy was the first truly popular series of lectures – the company began making money, soon earning millions of dollars per year in sales.

From the beginning, Rollins’ concept was simple. He aimed to find the best college professors for these presentations, men and women who were not only experts in their various fields of study but who could teach those subjects with clarity and charisma. He then used feedback from various customers “to help craft courses into formats uniquely designed for the lifelong learner.”

Rollins also learned that professors who insert their theories and personal views into their lectures might pass muster with college students captive in a classroom, but not with adults watching the lectures in their living rooms. According to Mac Donald, two professors, who in the early days lectured on American literature, “made little effort to conceal their contempt for the presumed racism and sexism of their audience and of the authors they were discussing.” Customer complaints led Rollins to destroy the tapes of these professors, removing the course from his catalog. “Teaching shouldn’t be an opportunity for a professor to get off his chest burning issues that no one would listen to except students,” Rollins said. “People want to know what the field has discovered; they aren’t interested in your personal views.”

After 30 years, The Great Courses now offers several hundred series of lectures in topics ranging from history and literature to astronomy and physics. The company currently offers 39 courses for high school students, many of which – Spanish and French, for instance – also appeal to older audiences. In addition, The Great Courses offers its “Better Living” lectures, which instruct on everything from physical fitness to optimization of the brain, from learning to draw, to training your dog.

The Great Courses has also partnered with other organizations to make some of these lectures. It joined with the Mayo Clinic to produce courses on health and wellness, with National Geographic to offer such videos as “Wonders of the National Parks,” and with the Washington Literacy Center to provide educational material designed to fight illiteracy.

The Diversity Delusion points out that those of us who love the humanities as they were once taught owe a great debt to The Great Courses. Here thinkers and writers like Plato, Cicero, Paul, Erasmus, Cervantes, and so many others are presented as “touchstones of our civilization.”

At the end of her chapter on The Great Courses, Mac Donald writes, “Universities are certainly doing very well for themselves, despite ignoring their students’ latent demand for traditional learning. But they would better fulfill their mission if they took note of the Great Courses’ wild success in teaching the classics. ‘I wasn’t trying to fix something that was broken in starting the company,’ Rollins said. ‘I was just trying to create something beautiful.’”

Thank you, Mr. Rollins. You succeeded.