Prince Harry and Meghan Learn the Grass Is Always Greener 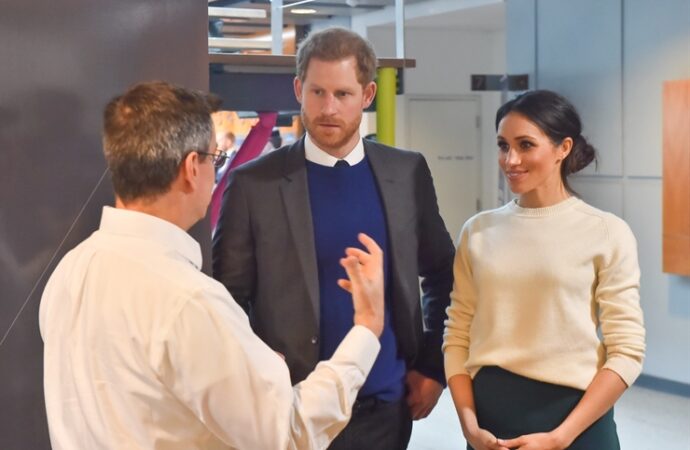 What did they expect? In January, Prince Harry and his wife, Meghan Markle, Duchess of Sussex, announced they would “step back” from their work as senior members of the royal family. They cited tabloid intrusion as one of the major factors driving their decision. They seemed to be desperate for privacy. Prince Harry gave a speech in which he said, “The media is a powerful force.”

Thus, royal watchers expected the couple to settle down in some remote location. Initially, this appeared to be the case. They stayed in a borrowed mansion on a Canadian island. However, in late March, they suddenly decamped to the global epicenter of celebrity: Hollywood.

If the media is a powerful force in the United Kingdom, how much more powerful is it in Hollywood?

Unsurprisingly, Prince Harry and Meghan haven’t found the privacy they claim to crave. On July 23, they filed a lawsuit over harassment at home. Unknown individuals have been surreptitiously photographing them and their 14-month old son Archie at Tyler Perry’s multi-million dollar mansion. This is illegal under California law. The point of the lawsuit is to help Prince Harry and Meghan figure out who is behind the photos.

Their lawyer said in a statement, “Every individual and family member in California is guaranteed by law the right to privacy in their home. No drones, helicopters or telephoto lenses can take away that right.”

The couple have already phoned the police several times in recent weeks to complain about drones flying overhead to take photos.

Ironically, the couple has recently been making online appearances in which they expressed support for Black Lives Matter. Defunding the police is one of BLM’s primary goals. Have Harry and Meghan considered who will help them with their drone problem if the LAPD is no longer around?

Filing lawsuits appears to be one of Harry and Meghan’s new favorite pastimes. They also have an ongoing legal battle with a British tabloid that published parts of a letter Meghan sent her estranged father, Thomas Markle. As the case winds through the court system, it seems increasingly likely that father and daughter will eventually testify against each other.

In Los Angeles, Harry and Meghan are just another pair of celebrities. They are fodder for the tabloids. Back in the United Kingdom, the media shows a fair amount of restraint when it comes to covering the royal family. Moreover, the royal family has plenty of refuges available to them. There is a good reason Queen Elizabeth retreats to Balmoral Castle – her 50,000-acre estate in Scotland – each summer. She can relax in privacy there.

Harry’s mother, the late Princess Diana, understood the value of Balmoral to public figures like the royals. After her separation and divorce from Prince Charles, she regretted that she could not offer her young sons a similarly secluded vacation spot. Journalist Tina Brown wrote in her book The Diana Chronicles that, “Diana’s feeling of being marginalized was most intense as August approached. The boys disappeared into the heathery wilds of Balmoral, and they loved it…. With her, William and Harry were stuck in London or harassed at Disney World or forced to behave themselves at some nouveau riche billionaire’s country mansion.”

By moving to Los Angeles, Harry has chosen a similar fate for his own son Archie. Ironically, in quitting the royal family, Harry and Meghan may well wind up with far less of the privacy they claim to crave.