Interrogative Mode: Some Questions for Our Time 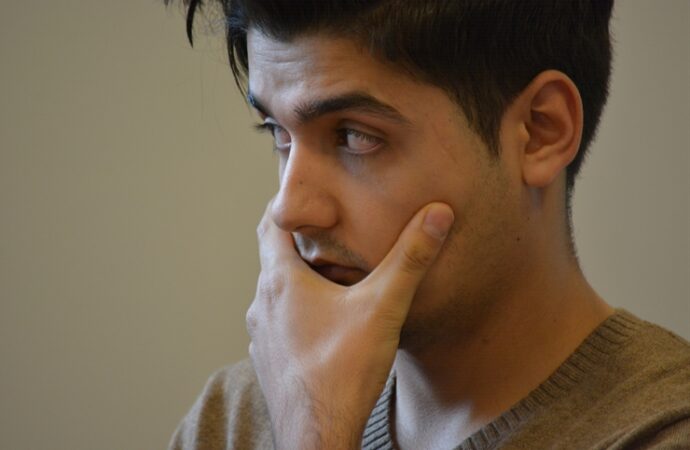 “Who,” I asked some family members, ranging in age from three to thirty-nine, “is the wisest person you’ve ever met?” Why did everyone, excluding the three-year-old who paid not the slightest bit of attention, look so puzzled by my question? Why were none of us able to come up with an immediate answer? Had we really never met someone we considered wise? Was my ten-year-old grandson, who finally spoke up, correct when he said, “I am?”

Given the current insanity in our country, is the kid right?

Why am I required to wear a mask inside the ABC store but not in the little country store up the road? Why do masks make many people look so…well, grumpy? Why do people wear masks while driving alone in their cars with the windows rolled up? Are they afraid of infecting themselves?

And how am I supposed to type on my laptop in the library when my mask keeps fogging up my glasses? Am I committing a crime against the state when I pull the mask under my nose to keep my glasses clear? What happens if we’re still wearing masks next January? Will the moisture collect on the lids of our eyes and freeze them closed?

Why is my bank closed to customers except by appointment when the hair salon next door and the restaurant across the street are up and running? Why am I supposed to wear a mask to enter my coffee shop but I’m allowed to remove it when sitting in the next room?

Why is sex so confusing these days? What, for instance, does it mean to be binary? Cisgender? What is an enby? Why does it sound like a creature from a Star Wars movie? What is a pangender, a cis-female, a trans-female, or an intersex? Why does that last word bring to mind a conjunction of highways? What does it mean to be gender fluid, and why do I think of motor oil when I hear that term? And who concocted these dreary, mechanical names? Do their inventers deliberately intend these forms of identification to be ugly, or do they simply lack any ear at all for the beauty of the English language?

Why is it that when my three-year-old grandson throws a tantrum, breaks a lamp, or whacks his sister in the head, his mother sends him into time-out; whereas twenty-somethings in Manhattan, Minneapolis, and other municipalities screech obscenities, smash windows, and burn cars with impunity? Why is it that these same adult adolescents can curse and threaten the police without risk of a nightstick to the skull, whereas if I tried that after being pulled over for speeding, I’d (justifiably) be spread out face-down on the pavement?

Why are so many on the left so humorless? As they speak of oppression, how are they then so willing to shame or beat into submission those opposed to them? Why are so many of the protesters middle-class or rich white kids who appear to have fewer brains in their heads than my wise grandson?

What is “white privilege?” If I put that question to the 86-year-old white woman who does my laundry, would she launch into an explanation or simply shake her head and say, “Just hand me the basket of clothes, Junior?” What is “white fragility?” Is it a reference to all those women who wept on election night in 2016? And how is it racist to respond to Black Lives Matter by interjecting, “Don’t all lives matter?”

What about “woke?” Am I not woke if I find the language of the left embarrassing when used anywhere outside of a gender studies program? Am I not woke if I consider the ideas of leftist radicals and those of some of our mayors and governors bughouse nuts?

Why would I, with my fear of heights, prefer parachuting from an airplane in a tropical storm to an afternoon spent listening to a social justice warrior lecture me on the sins of America?

Why do so many of our current politicians lack the gravitas of twentieth century presidents and members of Congress? Why do they seem so much less dignified than Eisenhower or Kennedy, Carter or Reagan, Hubert Humphrey or Patrick Moynihan? Are they less educated? Less competent? Less skilled at presenting themselves as adults? Others with whom I am familiar – my children and their friends, my priest who is 25 years my junior, the employees at the public library – all behave and look like adults, so why do a good number of politicians strike me as adolescents who should be attired in T-shirts and baggy shorts?

Finally, why do so many people I know strike me as normal compared to the basket cases I see online each day? Why can I have conversations with both my conservative gun-toting friend and my “I marched with Black Lives Matter” barista at the coffee shop without any of us screaming or throwing fists? Why in my everyday shambling about town do the people I encounter seem sane while those I read about make me feel like “Jeffrey in Wonderland?”

Which one of these two scenarios better fits reality?

I think most of us know the answer to that question, don’t we?