Gender, Sex, and the Rebellion Against Reality 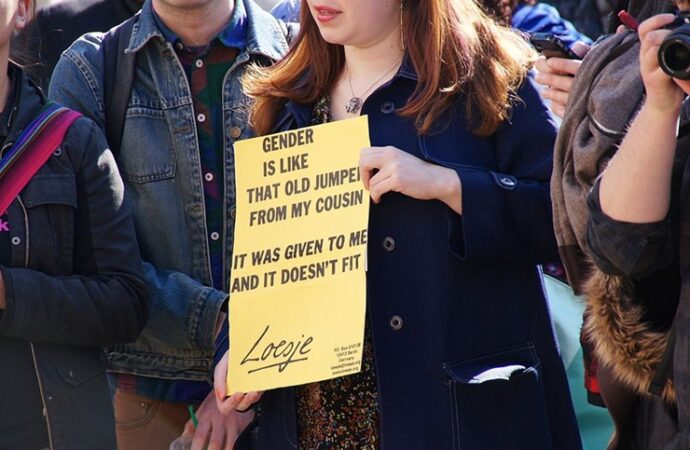 On July 1, 2020, a boatload of laws passed by the Democrats of the Virginia legislature and approved by Democrat Governor Ralph Northam took effect. In his online article, “Virginia circling the Green New Drain,” James Stansbury focuses on Virginia’s new energy regulations, which as he says are “basically a copycat of the Democrats’ radical Green New Deal.” Wind and solar power devices are already planned for the Commonwealth’s countryside, and heavy taxation will soon drive up the cost of gasoline.

Included in these sex-related laws are two pieces of legislation with enormous ramifications: “the incorporation of ‘sexual orientation’ and ‘gender identity’ as protected statuses” and “on demand sex changes on birth certificates.” The former will inevitably involve conflict between church and state; the latter states that transgender clients need only obtain the signature of an approved health care provider to have their sex changed on their birth certificates.

Let’s look at the possible consequences of these two new laws.

Sheila, age 23 and a recent college graduate, decides to push the envelope by applying for admission to a seminary to become a Catholic priest. She visits her physician, undergoes some counseling, acquires the requisite form for her change of sex, uses the proper channels to have her birth certificate altered, renames herself Larry, and applies to seminary. She has declared herself a male, and the law protects her gender identity. When the seminary rejects her application, Larry launches a lawsuit.

Roger, 30, decides he is not only female but also feels called to join the Little Sisters of the Poor. Like Sheila, Roger goes through the prerequisite requirements to have his birth certificate reversed, changes his name to Martha, and seeks admission to the convent. The same legal circus ensues.

Tom, 20, is a second tier sprinter on his track team at the University of Virginia who decides he can do better running as a female. He goes through the bureaucratic hoops and begins winning races as Mary Jane. Though some teammates and opponents secretly despise him/her, others applaud his/her actions as groundbreaking and admirable.

Married with two children and with a Ph.D. in history, George, 28, seeks academic advancement, but as a white male he meets with universal rejection from faculty hiring committees. He sees a doctor, receives a little counseling, changes his name to Gail, and becomes instantly marketable once the state recognizes him as a woman and transgender. At home he remains George, father and provider; at the university, where she now works fulltime, Gail teaches medieval history.

This is the reality, or, depending on how you look at it, the insanity under which Virginians must now live.

The sexual transformation of our culture is not yet finished. The radicals seeking change or destruction of the old values of America will never be satisfied. They understand the idea of incremental revolution, introducing ideas like “free love” or gay marriage, both of which now seem like ancient history, and pushing these agendas until they become accepted as normal. Incremental revolution demands change one step at a time, and when that change is accomplished, the mobs find a new cause and run up the black flag.

So what’s next? Without a monumental sea change in our culture, other sexual norms will someday be very much in jeopardy. For the present, turmoil will ensue over the transgender issue for the next decade or so ­- lawsuits, attempts to evade laws such as those passed in Virginia, feeble protests ­- but in the end most Americans will accept this new order of nature and biology.

Meanwhile, other issues will come to the fore. Within the next twenty years, for example, we can anticipate progressives urging us to legalize polygamy and to lower the age of sexual consent and so diminish the legal boundaries of pedophilia. We may even see a push to remove the stigma of incest between willing partners.

The final result of these transformations will be the further demolition of the traditional family, the building block of civilization for seven millennia or more.

Is there a remedy to this madness? Is there a cure for the insanity of sex and gender that now grips us?

But if we keep our eyes open, we can see what’s coming down the pike, and so can continue to teach our young people the truth, to separate the real from the false, and to defend the good.