COVID Lockdowns Led to a ‘Hidden Epidemic’ of Drug Overdoses 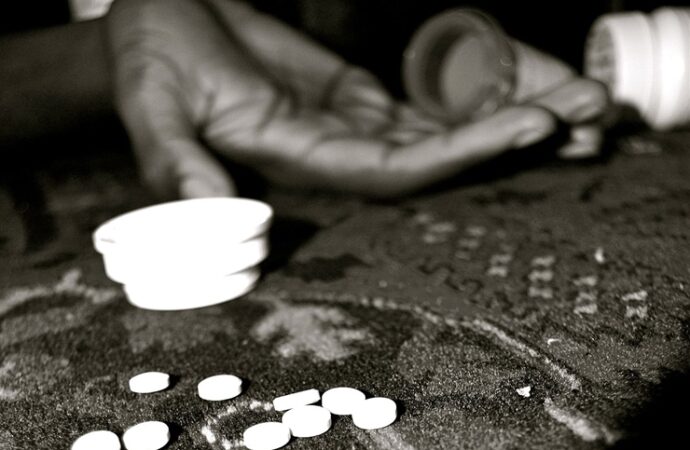 Bodies are arriving at Anahi Ortiz’s office faster than he can process them.

“We’ve literally run out of wheeled carts to put them on,” Ortiz, a coroner in Columbus, Ohio, recently told The Washington Post.

The cause of death isn’t the coronavirus, however. It’s drug overdoses. Ortiz says sometimes his office will get as many as nine ODs in a day and a half. The story fits a pattern emerging around the U.S..

Nationwide, the Post reports, public health officials are reporting alarming spikes in drug overdoses – ”a hidden epidemic within the coronavirus pandemic.” The numbers are grim.

According to the Overdose Detection Mapping Application Program, suspected overdoses in March were up 18 percent from the previous year nationally. In April, that figure ticked up to 29 percent. In May, the increase was 42 percent.

In many instances, these overdoses are fatal. In Ortiz’s case, the surge resulted in about 50 percent more deaths than the same period over the previous year.

What’s Behind the OD Surge?

The Post says up front that “emerging evidence suggests that the continued isolation in recent months are fueling the surge.”

The conclusion fits what scientists have been saying about human isolation for years: it’s deadly. In 2016, The New York Times did a deep-dive feature on the fatal consequences of social isolation.

One recent study found that isolation increases the risk of heart disease by 29 percent and stroke by 32 percent. Another analysis that pooled data from 70 studies and 3.4 million people found that socially isolated individuals had a 30 percent higher risk of dying in the next seven years, and that this effect was largest in middle age.

Loneliness can accelerate cognitive decline in older adults, and isolated individuals are twice as likely to die prematurely as those with more robust social interactions. These effects start early: Socially isolated children have significantly poorer health 20 years later, even after controlling for other factors. All told, loneliness is as important a risk factor for early death as obesity and smoking.

The Times article does not discuss drug abuse, but you can add it to the list of deadly results tied to social isolation.

An abundance of research shows that substance abuse and addiction are linked to loneliness and depression. People drink and do drugs more often to cope with feelings of loneliness.

In the bestselling work Chasing the Scream, a book that explores the history of the war on drugs and drug abuse, British writer Johann Hari says human interaction is the key to overcoming addiction.

“The opposite of addiction is not sobriety,” Hari writes, whose own struggles with drug abuse are chronicled in the book. “It is human connection.”

This is why recovering addicts will tell you there is nothing worse than putting former users into isolation.

Putting hundreds of millions of healthy people under house arrest with stay-at-home orders to protect them from an invisible, highly-transmissible virus has never been done before.

We don’t yet know how effective lockdowns will be (or if they’ll be effective) at protecting people from the coronavirus. Nor do we precisely know the costs – economic, psychological, and human – of the lockdowns, though we’ve begun to see glimpses of them: mass unemployment, recession, social unrest, and psychological deterioration.

Overdoses are one part of that psychological deterioration. Another component is suicide.

The costs of lockdowns go on. The National Cancer Institute recently published research showing 10,000 excess deaths in the U.S. over the next decade because of diagnostic delays and deferred treatments in breast cancer and colorectal cancer.

“Clearly, postponing procedures and deferring care as a result of the pandemic was prudent at one time, but the spread, duration, and future peaks of COVID-19 remain unclear,” he wrote in an editorial published in Science. “However, ignoring life-threatening non-COVID-19 conditions such as cancer for too long may turn one public health crisis into many others. Let’s avoid that outcome.”

One recent UK study indicates that more children have died from National Health Service treatment delays than the coronavirus.

Will lockdowns save more lives than are claimed due to overdoses, suicide, medical deferements, and the numerous other costs, such as surging extreme poverty?

We don’t know. But considering the weak correlation between lockdown severity and COVID-19 deaths, there’s reason for skepticism.

Utility of lockdowns aside, we should ask if government overseers have the right to pick which lives are saved and which are forfeited. As one writer has pointed out, policymakers are essentially playing out “the Trolley Problem” in real life, gambling that intervention will save more lives than it claims.

This serves as a useful reminder of an uncomfortable truth economist Antony Davies and political scientist James Harrigan recently observed: policies cannot save lives; they can only trade lives.

“Good policies result in a net positive tradeoff,” Davies and Harrigan wrote in The Philadelphia Inquirer. “But we have no idea whether the tradeoff is a net positive until we take a sober look at the cost of saving lives.”

A basic axiom of economics is to look to both the seen and the unseen effects of a given law or action, each of which “gives birth not only to an effect, but to a series of effects,” to quote Frédéric Bastiat.

If we focus only on the immediate effects of lockdowns – lives immediately saved – but ignore their rippling effects – the economic devastation, extreme poverty, suicide, overdoses, and deferred medical treatments that result from them – we make the mistake of the “bad economist.”

Such a mistake is not merely foolish. It is deadly.