Copying Rome’s Last Gasps and Searching for a Way Out 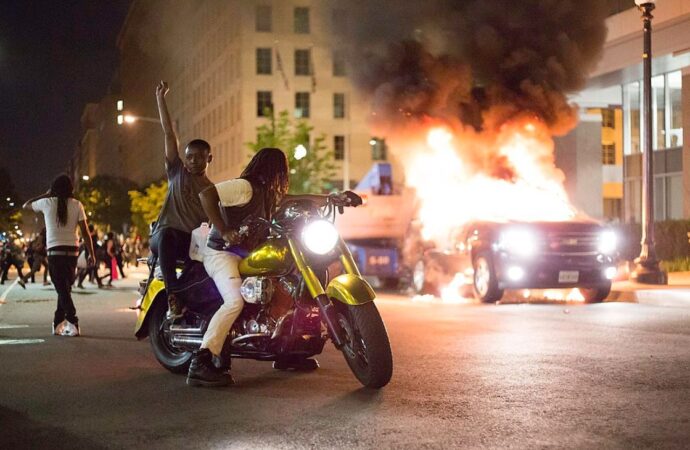 “How do you know if you’re living through the death of an empire?” is the blunt question heading a Mother Jones piece. A friend recently brought this article to my attention, and although written in mid-March 2020 when the COVID-19 virus was still “novel” and seclusion at home rather than rioting in the streets was the norm, the piece hits on some interesting observations about the state of our civilization.

With an election looming, unrest in our cities, and the COVID bogeyman leering at us around every corner, it seems like our nation is ready to topple. Yet as author Patrick Wyman explains in the aforementioned article,

If an empire seems to topple overnight, it’s certain that the conditions that produced the outcome had been present for a long time—suppurating wounds that finally turned septic enough for the patient to succumb to a sudden trauma.

Challenges come to every nation, writes Wyman, but whether a state crumbles beneath those challenges depends on the strength of the foundation. A house may be in disarray and need some serious cosmetic changes, but if the bones are good, it’s salvageable.

So, how is the structure of America’s house? Are its bones strong, or are they in the final stages of osteoporosis?

For reference, I turned to Will Durant’s assessment of the decline of Rome. In his 1944 work Caesar and Christ, Durant lists the influx of barbarians, a decline of resources, and the poverty that accompanied the latter as likely contributors to the empire’s collapse. But then he throws a curveball into the mix: population decline.

This decline came from several sources, including – surprise, surprise – “the slaughters of pestilence, revolution, and war.” One plague alone managed to wipe out 5,000 individuals per day for a while in Rome. Comparing those numbers to the death toll the U.S. has experienced during COVID, our lot doesn’t look so bad.

But the greater cause of population decline, writes Durant, was family limitation. The spread of infanticide, “the avoidance or deferment of marriage,” the increase in “sexual excesses,” and “the making of eunuchs” all contributed. Even leaving aside our modern practice of abortion, these practices all have a familiar ring in modern day America. Who has not heard troubled whispers about the U.S. marriage rate – which reached a new low in 2018 – and the enthusiasm for puberty blockers and surgeries, creating eunuchs of teens caught up in the transgender trend?

Besides population decline, Durant cites economic and political issues as further causes of Rome’s decline. Particularly prescient is his statement on the latter:

The political causes of decay were rooted in one fact – that increasing despotism destroyed the citizen’s civic sense and dried up statesmanship at its source. Powerless to express his political will except by violence, the Roman lost interest in government and became absorbed in his business, his amusements, his legion, or his individual salvation.

Could the increasing despotism exhibited through the ever-growing number of American regulations and governmental demands over the years, escalating further via heavy-handed responses to the COVID-19 pandemic, be one source of the violence we’ve seen in recent weeks? Does the average American, having little love for his country to begin with, now have even less interest in its well-being? Is he only eager to have some sort of outlet to express his rage at being overlooked and slighted by the ruling class?

How do we get out of this mess? Durant offers some intriguing food for thought on that issue by examining the role Christianity played in the fall of Rome.

“The greatest of historians held that Christianity was the chief cause of Rome’s fall,” writes Durant. Yet he takes issue with this idea, saying that “the growth of Christianity was more an effect than a cause of Rome’s decay.” “Men lost faith in the state not because Christianity held them aloof,” Durant notes, but because they saw the chaos, turmoil, and injustice the state’s inept leadership caused and decided to seek peace and hope elsewhere.

It doesn’t take a genius to see that we’re headed down the same track Rome took hundreds of years ago. Americans are tired, worn thin by perceived injustices, and desiring change, but they are unsure where to turn to find it. The Romans abandoned hope in their nation, instead finding hope, as Durant suggests, in Christianity. Is such a thing possible for America?