A Free Press No More: Thoughts on America’s Enslaved Journalists 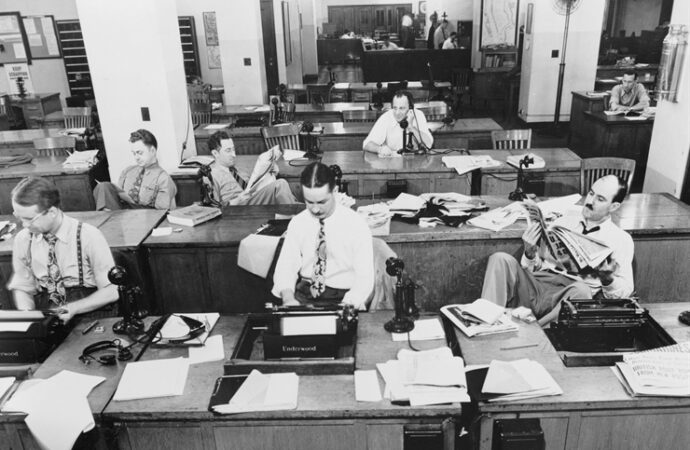 “Quis custodiet ipsos custodes” is Latin for “Who will guard the guardians themselves?”

Once upon a time the guardians of freedom and fair play in America were members of the fourth estate: the press. Earlier generations thought of reporters and journalists as watchdogs, keeping their eyes on the machinations of government and rooting out corruption, public or private.

In the last few years, however, these guardians have largely gone AWOL, and the watchdogs are more often lapdogs.

Most of us would agree that we live in an age of misinformation, disinformation, and deception. Without a system of fact-checking or journalistic standards, such fabrications are understandable when they appear on social media, but what of our mainstream media? Whatever we may think of President Trump, it seems we truly are inundated by what he calls “fake news,” reports posing as hard news on television and in our papers that more aptly belonged on the editorial pages or, in some cases, the trashcan.

Often the real news is what the mainstream media chooses to spike. Consider, for example, the coronavirus coverage. Every day our news outlets report the growing number of positive cases from people tested for the virus, all the while ignoring the fact that death rates from the virus have plummeted for months. That’s good news, but you won’t hear it broadcast on the nightly news.

Another example: How many of us have heard that in the last month vandals have toppled or desecrated statues of Christ, the Virgin Mary, and saints around our country, and have set fire to three churches, including California’s 249-year-old San Gabriel Mission Church?

Since the 2016 election, the bias of the news media has become even more blatantly obvious. With 90 percent of mainstream media coverage of the Trump presidency in 2018 being negative, is it any wonder that a large majority of Americans no longer trust the mainstream media?

Several developments have helped bring about this deep mistrust.

Until the 1930s, many reporters never earned a degree in journalism. The writer H.L. Mencken only had one college course to his name, while Ernest Hemingway never even attended college.

In contrast, most of those reporting the news today have a college degree, and many majored in journalism. Imbued with the teachings of radical professors, they enter newsrooms with prejudices firmly fixed, ideological biases they transfer to their stories. Unlike reporters from a century ago, many of them received the bulk of their training in a classroom rather than pounding the streets. They share the same political views and culture, and though they may differ and disagree in details, they generally toe the same line of belief.

Of course, some university-trained editors and reporters still adhere to a code of journalism: truthfulness, accuracy, impartiality, fairness, and so on. The Smoky Mountain News, a generally liberal weekly for which I write book reviews, is one which does this. They have a small staff, but reporters at that paper know the meaning of “boots on the ground.” They cover city council meetings, interview various officials, attend community events, and ask tough questions when necessary. In contrast, reporters at some of our major news outlets, especially television, seem to gather their news as I do, from online sources.

Moreover, many of these journalists no longer go after certain stories, following the truth wherever it leads them. Where are the reporters, for example, investigating the donations made in the last two months to Antifa and Black Lives Matter, bucket loads of money given them by corporations and individuals? Where are the journalists digging into these groups to discover how their foot soldiers can go on rioting day after day, as they have done in Portland, Oregon, with no visible means of support?

“Follow the money,” as the old saying goes, but our reporters today either lack the ability or the interest to do so.

Where are the reporters in our mainstream press looking into the misinformation and outright deceptive statistics regarding coronavirus? All too many of them seem to take the recommendations and orders from various government agencies at face value.

Finally, our technology of the last 30 years has drastically changed the world of journalism. No longer must we accept the stories of The New York Times and NBC as gospel. We can become investigators ourselves, seeking out other online reporters and commentators who either confirm or refute those stories.

Surely all thinking Americans recognize the importance of a free press, newspapers and television reporting on events without the shackles of a dictatorial government. Such control of the news is a mark of fascism or communism, and is unacceptable among people who prize liberty.

On the other hand, is a mainstream press so mired in the bog of its own bigotry and prejudice truly free?