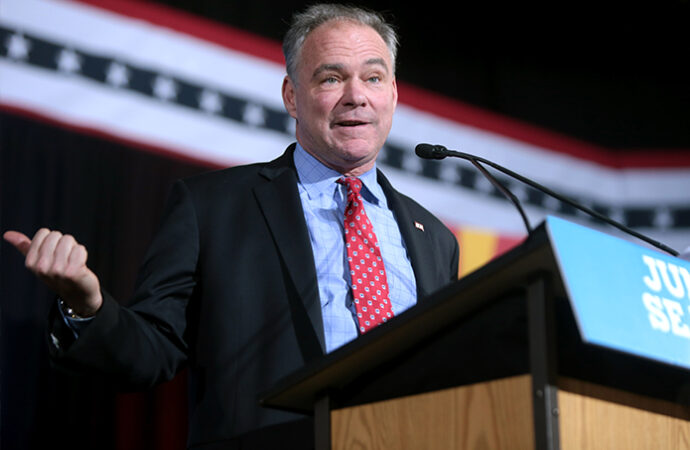 America’s knowledge of history is dead. Former vice-presidential nominee Sen. Tim Kaine killed it on the Senate floor during a speech Tuesday.

Nobody tell Tim Kaine about what the Jews suffered and escaped, recorded in the biblical book of Exodus, or the Code of Hammurabi’s provisions regarding slavery, or Roman gladiatorial combat, or the Ottomans’ child-tribute Devşirme and Janissary systems… need I go on? The examples are practically endless.

Even Kaine’s claim regarding fugitive slave laws is outrageous, as the Code of Hammurabi, dated to 1754 BC, reads in part:

“If any one receive into his house a runaway male or female slave of the court, or of a freedman, and does not bring it out at the public proclamation of the major domus, the master of the house shall be put to death.”

Slavery has existed practically since time immemorial, perpetuated by every race, and inflicted upon every race. Sometimes slavery has been explicitly racial in tone, but sometimes it has been inflicted within the same race.

Even if we confine ourselves purely to the North American continent, the United States and the European colonies that proceeded it were far from the first to engage in slavery. Native American tribes had many forms of slavery and acquisition of slaves including conquest, gambling, and sale of self, as well as via the indigenous people’s own slave trade. Encyclopedia Britannica even notes that slaves were an important trading item for the Chinook people.

More expansively, as scholar Almon Wheeler Lauber writes in Indian Slavery in Colonial Times within the Present Limits of the United States:

“The slaves possessed by a given Indian tribe were oftener obtained through barter with other tribes. This intertribal traffic, though probably not common, was evidently far reaching. … The Illinois Indians possessed slaves who came from the sea coast, probably Florida. The Illinois also bartered their slaves with the Ottawa for guns, powder, kettles and knives, and with the Iroquois to obtain peace.”

Given this history, the ignorance and lack of humility displayed by Kaine and others is stunning. Perhaps though, the fault lies not with Tim Kaine, but with our educational institutions. Even private colleges seem to be willfully refusing to acknowledge the possibility of any nuance in the history of slavery.

Benedictine College’s president recently felt the need to issue a statement when their local Turning Point USA chapter posted a meme claiming that the first slave-owner in America was black.

“Very occasionally you would see a black person owning slaves. This doesn’t mean that slavery was not a race-based system imposed on black people by white people. To deny it seems like an attempt to deny the historical reality that racism has caused suffering that continues to this very day.”

Everyone has enslaved everyone else! One brand of American slavery may have been race-based against African Americans, but that does not mean that all American slavery was, never mind all slavery throughout global history. The English forced the Irish out of Ireland to work on plantations in the Caribbean as indentured servants. Chinese brought their countrymen into California as indentured servants (via extra-legal means) in the mid-19th century.

And, well, if you want to talk about “suffering that continues to this very day,” as the BBC noted, “Slavery remained part of the fabric of Islam of over 1200 years,” a time span that well-predates America, and which surpasses the end of American slavery. The Civil War marked the end of U.S. slavery in 1865. Yet Qatar supposedly abolished slavery in 1952 (a contestable fact given the human rights abuses leading up to the 2022 FIFA World Cup), followed by Yemen and Saudi Arabia in 1962, and Mauritania in 1980. Many other nations have abolition dates far later than the United States’. The Navajo didn’t criminalize human trafficking until 2017!

Just by the cursory treatment of slavery’s long and sordid history within this article, it seems strange to assert, as Kaine did, that America “created” and “maintained” slavery. The fact that there are innumerable other examples throughout human history makes it only more so.

Why does anyone take assertions like this seriously? And where did American education go so wrong that a sitting U.S. Senator can make such a claim on the Senate floor, and not expect to be torn apart in the court of public opinion?