The Impossibility of a Police-less Society 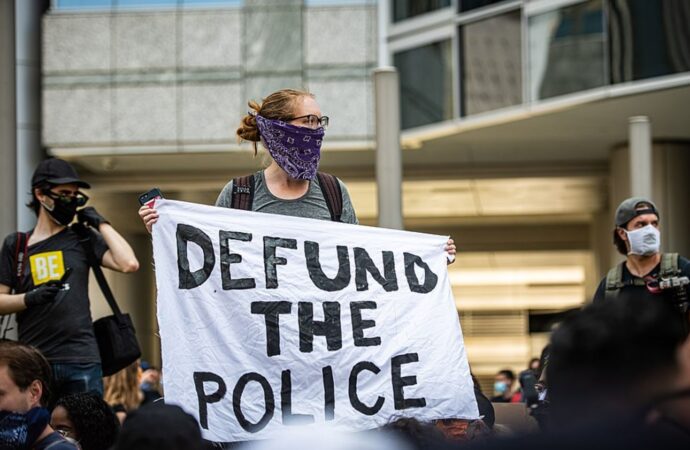 The hue and cry for a police-less society is serious stuff. For some advocates, the term “defund the police” refers simply to making victimless crimes (drug use, etc.) the responsibility of social workers rather than police officers. But to others it means eliminating law enforcement entirely.

Is such a condition possible? Can a society function without any law enforcement agents?

Let’s say that tomorrow, as if by magic, police departments across the country disappeared. There is no reason to believe that abolishing the police would stop people from committing crimes. One can easily argue the opposite case – that the absence of police would encourage crime – but there is simply no way to imagine that crime would decrease following the abolition of the police. So, we would still have murder, rape, assault, theft, arson, vandalism, and the rest, more or less as we have them now. What, if anything, would be done about them?

Libertarian champions of abolishing the police are clear about what, for them, would replace the police: different police. Instead of a single group with a mandate to serve a given area, there would be competing police forces selling their services to citizens.

To begin with, this means you must be wealthy enough to afford police in order to benefit from them. Homeless people, most likely, cannot afford police, so they would become even easier targets than they already are. Steal their stuff, kill them if you want to, and nobody’s going to stop you, because nobody has been paid to stop you. It may be against the law to kill them, but who’s going to enforce that law?

This distinction between the law and its enforcement reveals a deeper problem, and that is the administration of law through the court.

No libertarian I know of advocates eliminating the court system, because there needs to be a uniform set of laws that everyone adheres to. You might conceivably have competing police forces, but competing courts would be complete chaos. Without regulation of the courts, any number of them could arise, each following its own set of laws. One might hold that white people’s houses should be given to blacks as reparations, while another doesn’t. Without a geographic jurisdiction between courts, who would decide which was right? No one. In such a dispute, the winner would be the one with the most guns and the greatest willingness to use them. The pretense to any kind of law and order would completely disappear.

Let us assume that everyone could afford to hire a police force, or that charities existed to pay for disadvantaged citizens to be protected. Suppose there is a robbery and the victims call their (not “the”) police. The victims know the person who robbed them, he’s actually a neighbor, so their police apprehend the guy at his home. But not so fast. The accused perp employs a different police force, and he does not recognize the right of somebody else’s police force to arrest him. So when he sees the victim’s police force approaching, he calls his police, who arrive and confront the victim’s police. This situation would be quite tense. For the sake of this experiment, let’s assume there’s a law that requires anyone accused of a crime by any police force to appear in court to answer the charge.

Where does it go from there? Suppose the court is informed of the matter and demands the accused’s appearance. Who’s going to force him to go? “The” police? They don’t exist. At this point, there are only two alternatives.

1) The court overrules the accused’s police and orders the victim’s police to grab the accused and haul him downtown. This means that the court has the right to choose which police force it believes, and that means… that the police force is back. The police is whichever of the various police forces the court prefers at a given moment. The others may go on functioning, but in a disagreement, the court will go with its preferred police, and for all intents and purposes that’s the only one that has any real power.

Or, 2) The whole arrest falls apart, because nobody has any say over anybody else. Two police forces of equal power in disagreement with each other equals stasis. Nothing gets done, because ultimately nobody has any power. The victim, if he’s smart, will go to the accused’s house and rob him, knowing that he can get back whatever was taken and, like the accused, not be arrested.

The abstraction that the free market can supply any service and that justice is merely another service is patently false. Justice is not a commodity with different “brands”; it is an objective reality that admits no differences. The serving of justice must adhere to that singular reality, and to do that, there can be only one servant of justice, only one police force. The important thing is that you keep a sharp eye on the one police force. They need policing, too, and only citizens can do that.