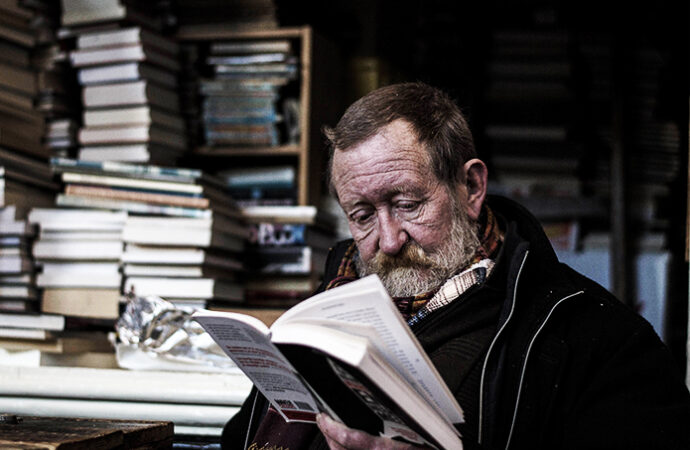 The movement to “decolonize your bookshelf” has been around for a few years, albeit mostly confined to college campuses and radical left-wing circles.

Fiction author Juan Vidal defended the idea of the “decolonize bookshelves” movement in an article for National Public Radio, a media outlet that receives taxpayer funding.

“I can’t help but wonder whether some people have considered that, at a basic level, the homogeneous nature of their personal library—and what that represents—is a part of the problem,” Vidal wrote.

It’s clear that Vidal, and the movement in general, are not just asking for Americans to read more broadly.

“In essence, ‘decolonizing your bookshelf’ is about actively resisting and casting aside the colonialist ideas of narrative, storytelling, and literature that have pervaded the American psyche for so long,” Vidal wrote.

Narrative, storytelling, and literature are not just unique to Americans, but to humanity as a whole.

While the author of the NPR piece seemingly justifies “decolonizing” bookshelves in the name of diversity, in actuality, the message he’s sending is just the opposite.

The message is that some reading is acceptable and other reading isn’t, and that some great works of literature should be read or not read because of the writer’s race. Great books are often great because they give us timeless lessons about ourselves and humanity.

While Vidal does not outright call for burning books, his arguments veer dangerously close to it.

As we’ve seen in recent days, classic movies such as “Gone With the Wind” are being removed from streaming services until they get “reframed,” and even innocent children’s shows like “Paw Patrol” may be soon pulled off the air if the most radical voices get their way.

Is any of this making us a better or more enlightened society, or is it teaching us to use force and power just to silence people we disagree with?

In general, it’s wise to read books you agree with and others you disagree with. “The Communist Manifesto” advocates ideas that led to millions of deaths and generations of suffering. I keep a copy on my bookshelf not because I’m a communist, but because I want to know exactly what Karl Marx wrote to more fully understand an evil ideology.

A well-educated person should read deeply and broadly.

The idea of combing through one’s library and selecting books for right thoughts and wrong thoughts stands disturbingly in opposition to the fundamentals of a free society.

If anything, we read too few of the classics in America, not too many.

Reading authors with opinions both contemporary and ancient can be a profoundly illuminating experience. It becomes quite clear that the advancement of time has led to many positive changes—and more than a few bad ones as well.

The bottom line is, maybe it’s time Americans pick up more books, especially now, when so many of us are trapped inside due to coronavirus lockdowns.

A Pew Research study in 2019 found that a quarter of Americans in a poll on the subject said they hadn’t read a book in the previous year.

Maybe it’s time to change that.

Instead of “decolonizing” one’s bookshelf, perhaps we should be picking up old classics. A person who has read the Bible and “Moby Dick” and nothing else would know a great deal about their country and the human condition.

Allan Bloom, in his 1987 book “The Closing of the American Mind,” criticized the relativism of his day paired with widespread moral and intellectual ignorance, particularly on college campuses.

“Decolonizing” bookshelves represents a further closing of the American mind, but now intellectual shallowness is being paired with self-righteous zealotry.