Progressives Eating Their Own 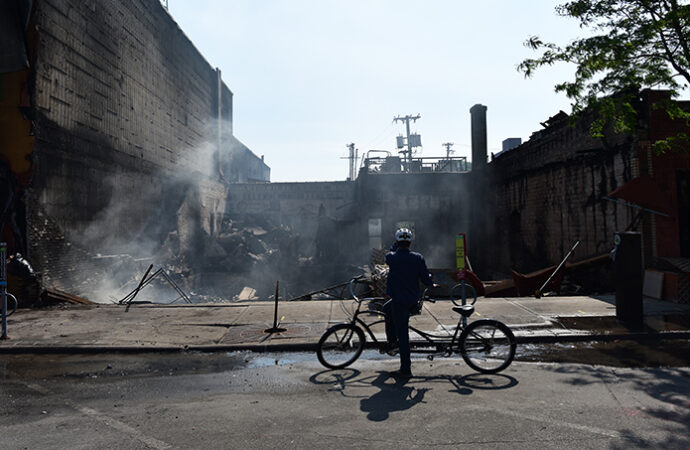 For years now, Asheville, North Carolina has prided itself on its liberalism, its tolerance, and its disdain for traditional values. Known as “the San Francisco of the East,” Asheville has a multitude of groups and individuals promoting causes such as feminism and gay rights.

I lived in Downtown Asheville between 2006 and 2016. I enjoyed writing or grading student papers in the Battery Park Bookstore and Champagne Bar, people watching as I strolled through the town in the evenings, and eating an occasional lunch at Roman’s across the street from the historic Basilica of Saint Lawrence.

It was a fine town, as long as I kept my politics to myself.

To be red in this ocean of blue brings repercussions. My son’s car once sported a bumper sticker of the Obama rainbow with a black line drawn across it. He parked the car outside my apartment in Downtown Asheville, and by the next morning someone had smashed out one of the windows and a mirror. Nothing was taken from inside the car.

Now that city, like so many other cities governed for years by progressives, is a scene of marches, smashed windows in stores like Urban Outfitters, other stores with their windows boarded up, and graffiti spray painted all through the Downtown. The vandals even hit the Art Museum with spray paint.

Why smash up a city in which the overwhelming number of residents and business owners are on the side of the mob? Why loot and pillage from the very people who support the calls for justice for George Floyd? Why risk turning some staunch Democrats into supporters of law and order?

Let’s look for some answers.

Many who live in Asheville are already radicalized in their politics, often irrationally so. On the door of one popular restaurant on Merrimon Avenue, for example, the owner posted a sign that read along these lines: “We welcome all sexes and genders. We welcome all races and creeds. We welcome all immigrants, legal or otherwise…” This is a short form of that list. Why is it irrational? For one, the law requires every restaurant to welcome patrons of whatever race or creed. For another, the poster hangs in Downtown Asheville, the most progressive city in the state.

So when rioters smash windows and vandalize buildings, many of these same progressives will say such things as “Well, they are working out their grievances” or “People over property,” as their governor has said several times.

Then there are undoubtedly those who find the ruin and wreckage of their beloved town an abomination, but who lack the guts to speak up against the rioters. They know what will happen should they choose to do so. They know they will be drummed from the progressive ranks, scorned as turncoats and traitors to the cause, whatever the cause happens to be.

Finally, the liberals of Asheville, the vast majority of the people living there, fail to realize that the radicals driving these protests and riots despise them. Progressives work for reform and change; radicals want to bring the entire system crashing down.

In The True Believer, published in 1951 but as contemporary in its observations as today’s headlines, Eric Hoffer writes of mass movements and fanaticism. Of political fanatics he writes,

“Chaos is his element. When the old order begins to crack, he wades in with all his might and recklessness to blow the whole hated present to high heaven. He glories in the sight of a world coming to a sudden end. To [expletive] with reforms! All that already exists is rubbish, and there is no sense in reforming rubbish.”

The thug who smashes the window of a jewelry store and sweeps rings, watches, and bracelets into a bag is a criminal out for loot. The leftist who sets fire to a police car, who throws a brick through the window of a store without touching anything inside, or who spray paints obscenities on buildings has a different agenda in mind: revolution.

Progressives who tacitly support the rioters might keep in mind the old adage “Revolutions eat their own.” In places like Russia and China, the first eaten are the liberals who seek reform rather than radical change.

One final note of warning for our progressives: In My Country Right or Left, George Orwell writes regarding the Enlightenment, the 20th century, and radical change.

“For two hundred years we had sawed and sawed and sawed at the branch we were sitting on. And in the end, much more suddenly than anyone had foreseen, our efforts were rewarded and down we came. But unfortunately there had been a little mistake. The thing at the bottom was not a bed of roses after all, it was a cesspool filled with barbed wire.”

That branch is nearly cut here in America.

If the bough breaks, be assured you won’t enjoy the ride.