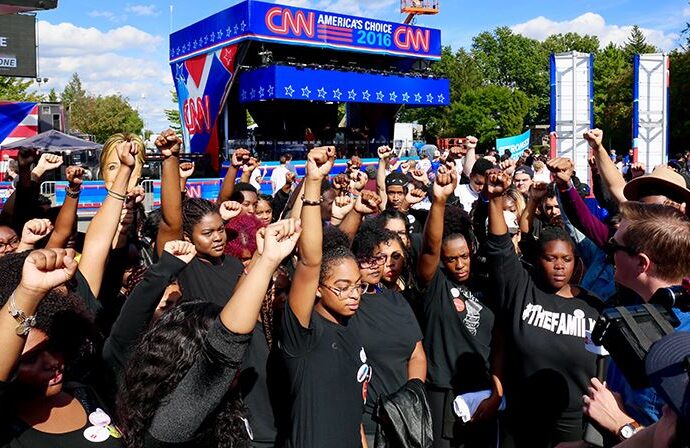 For those in the rest of the country and around the world who are dealing with the riots, looting, and burning which broke out following George Floyd’s tragic death, I have good news: Things are beginning to quiet down in the Minneapolis/St. Paul epicenter. Protests remain, but thankfully the unrestrained chaos is dissipating.

Unfortunately, we’re left not only with a lot of broken glass, burnt businesses, and battered communities, but also with increased racial tension and suspicion. As someone who works in these diverse communities, I can honestly say that it’s a tragic and unfortunate setback of trust.

How did we get here? Why is it that race relations seem to deteriorate more with each passing year?

A timely piece in the June issue of Chronicles magazine sheds some light on these questions and confronts us with some uncomfortable facts. According to Alexander Riley, a sociology professor at Bucknell University, founding civil rights activists like Martin Luther King, Jr. and Roy Wilkins would likely find today’s riots unrecognizable and out of sync with their original vision. These activists, writes Riley, “vigorously opposed the racial status quo of the times, but they analyzed its nature largely within the parameters of traditional American cultural frameworks.”

Such an approach to racial issues changed with the launch of Black Power, written by Charles Hamilton and Stokely Carmichael, and published in 1967. Black Power took a much more radical stance on the racial situation in the United States, encouraging the idea of “institutional racism,” while scoffing at the possibility of peaceable resolution of these issues.

The writers of Black Power condemned their fellow blacks who urged peaceful racial resolution as “foolish,” decrying especially the following statement by a black woman:

We want a type of relationship [between whites and blacks], built on solid ground, which will endure through the years—a relationship depending upon mutual trust and respect. This does not derive from rowdyism and lawlessness… We insist on equality of opportunity—under law and under God—but we are not radical street demonstrators, losing control of our good instincts. Nor will we endorse or support those who work without purpose or concern for law and order. Let all of us—white and colored—join hands in securing justice, obedience to law and good will which will bring progress in every area of our common life.   It’s interesting, but this sounds similar to the message I’m hearing via the group I work with that serves a Minneapolis inner city community, as well as the reports coming from George Floyd’s own family. They don’t want Floyd’s name to be forgotten. Like MLK, they want to see injustices righted and are eager for peaceful protests which bring attention to their cause, but unlike Carmichael and Hamilton, they are not eager for violence and injustice to continue via the riots.

As Riley explains in his article, media coverage, public opinion polling, and other indicators show that racism was actually waning when Black Power was first published. In fact, it may be this decline in racism which drove this Black Power approach to fighting racism. Riley elaborates:

The odds of a social movement radicalizing often increase in conjunction with a movement’s advance and success. An increase in material resources and freedom of expression, which become available precisely when a social movement makes notable gains, frequently translate into the rise of angrier, more insistent voices. As objective deprivation decreases, relative deprivation—the distance between the objectively improving situation of blacks and the ideal of equality to which they aspire—sparks the intense emotional forces that took shape in the many violent urban disturbances of the late ‘60s and early ‘70s. [Emphasis added.]

Does this mean racism is no longer a problem? No, of course not. But perhaps this information should give us pause when dealing with the loud, angry voices from people of all colors that persist in “rowdyism and lawlessness” when claiming to be fighting racism. Is it possible the early civil rights leaders had it right? Were they actually more effective in disbanding the inequality and prejudice than today’s angry cries for black power?