What Sweden Teaches About Pandemic Economics 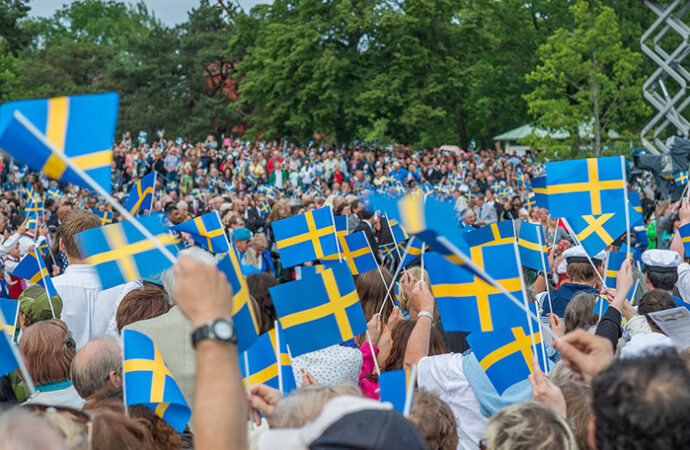 Sweden’s unique policy approach in this pandemic has been described as “freewheeling” in international news media, but it would be more accurate to call it balanced. Johan Giesecke, a world-renowned epidemiologist and advisor to the Swedish Government, calls it “evidence-based.”

The Swedish Public Health Agency early decided against lockdowns and quarantining the population. Most people suffer few complications from COVID-19 or are asymptomatic. Without a vaccine or cure available in the foreseeable future, there is no stopping the infection. Sweden therefore focused on protecting the old and the frail while “flattening the curve” and expanding healthcare capacity.

The Swedes’ comparatively lax policy has allowed schools and businesses to remain open, but high schools and colleges are closed, nursing homes prohibit visitors, public gatherings are capped at 50 people, and there are social distancing rules in place for restaurants. High-risk groups are recommended to self-isolate while the virus runs its course.

Sweden’s policy might seem heartless from the perspective of the pandemic only, but its approach seeks a “golden middle” between evils – and it appears to be working. Dr. Mike Ryan, the WHO’s top emergencies expert, recently lauded the approach, saying “Sweden represents a model if we wish to get back to a society in which we don’t have lockdowns.”

There is good reason to avoid large-scale lockdowns, and Sweden’s approach recognizes the downside of such measures. While widespread disease has an expected cooling effect on the economy, the world’s adoption of China’s extreme measures has forced an end to the economic boom and pushed us into an apparent severe global recession.

Over 30 million Americans have been laid off, pushing unemployment from 3.5 percent to 19 percent. The shelter at home decrees keep many more millions at home climbing the walls. This grounding of many tens of millions of healthy and productive people puts further strain on already weakened production and supply chains. A quarter of businesses expect to be closing by June if restrictions are not lifted and sales don’t pick up.

This is not simply about economics. The economic impact goes beyond pure financial losses. Business closures cripple supply chains and will affect the availability of goods for the foreseeable future. This includes food shortages. More money can help those without savings or income cover immediate and necessary outlays, such as rent and utilities. But more money cannot buy food from empty shelves.

Newly created money and spending, with the CARES Act’s $2.3 trillion exceeding 10 percent of the country’s GDP, has long-term effects. The massive infusion distorts prices and thereby the allocation of resources throughout the economy. The result is malinvestments as entrepreneurs and investors make decisions based on corrupted market signals. These eventually necessitate corrections, typically through layoffs and business closures.

But financial hardship and forced long-term sheltering at home also bring other ills. As expected as it is heart-wrenching, child sexual abuse is reportedly up 22 percent for March. We should also anticipate rises in other evils as people stay at home: divorces, depression, alcoholism, domestic violence, suicides, ill health, and overall increased mortality. These issues are primarily caused by the lockdowns.

Sweden, a small, trade-dependent country, is not unaffected by the downturn. But their lax policy limits the harm. Unemployment in Sweden is projected to be 8.7 percent in 2020 due to the coronavirus crisis and GDP is expected to fall year over year by 3.4 percent. Yet, importantly, Sweden is not seeing massive business closures and the Swedish economy therefore retains the ability to bounce back. While unemployment is expected to remain high at 8.9 percent in 2021, the country’s projected 2020 GDP is expected to grow by 3.4 percent. This would not be possible had a large fraction of entrepreneurs and small businesses been wiped out.

Much maligned by those focusing only on the pandemic, Sweden’s policy could end up much closer to balancing the two foreseeable evils. When restrictions are eventually lifted – barring a cure or vaccine – countries that adopted more draconian measures will see some of the deaths Sweden has already suffered. Giesecke notes that “the difference between countries will be quite small in the end.”

If this is true, then Sweden will have avoided the lion’s share of the enormous economic, personal, and social tragedies that societies under lockdown have imposed on themselves. From this perspective, perhaps Sweden’s strategy should be neither feared nor maligned, but emulated.