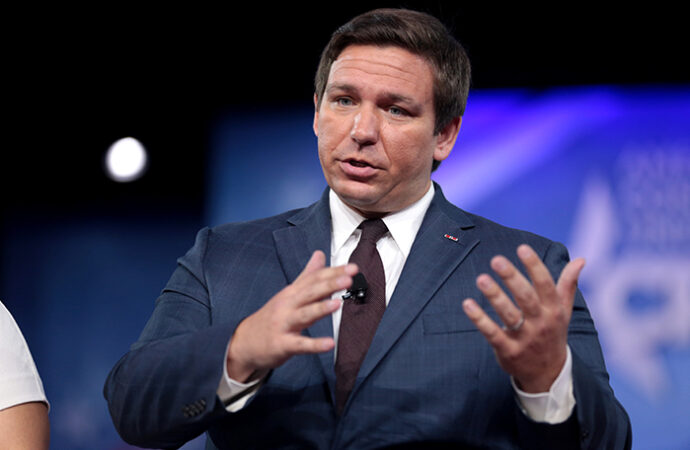 America’s economy is in the early stages of “reopening” after dealing with the coronavirus pandemic for months. It’s a process that won’t be easy, simple, or without hiccups.

Meanwhile, many in the mainstream media are being true to form in making it a game of ensuring conservatives and Republicans look like reckless, heartless monsters for wanting to reopen the economy sooner rather than later.

That might sound like an exaggeration, but it’s hard to come to any other conclusion when viewing the media’s coverage of the various states and their divergent approaches to controlling the coronavirus and plans for reopening their economies.

Consider, for example, how the media have treated Georgia, with its Republican governor, Brian Kemp, and Colorado, with its Democrat governor, Jared Polis. Both states have moved forward with aggressive reopening plans, but only one has received a torrent of criticism from legacy media outlets.

Can you guess which one?

“Georgia Gov. Brian Kemp is proposing to offer a new nonstop service to the Great Beyond,” he wrote. “He has a bold plan to turn his state into the [emphasis in original] place to die.”

And Milbank wasn’t alone. Countless other articles, both straight news stories and commentaries, were published suggesting pretty much the same thing. One writer in The Atlantic called Georgia’s approach an “experiment in human sacrifice.”

But there was hardly any criticism directed at Polis and Colorado for embracing a similar reopening plan.

But perhaps the most egregious example of the phenomenon is the disparity in the treatment of Florida versus New York.

Florida Gov. Ron DeSantis, a Republican, has been regularly attacked by many in the media for his state’s initial approach to the coronavirus pandemic and for its early reopening, while New York Gov. Andrew Cuomo, a Democrat, has been widely praised.

“The Sunshine State has a bigger population than New York and arguably is just as international. It has a disproportionately vulnerable and older population. Yet Florida’s COVID-19 deaths per capita are less than one-tenth of New York’s,” noted an editorial in the Washington Examiner. “DeSantis’s state has not only avoided the fate of Italy, but it has done better than Germany, Denmark, and other European countries that have received lavish praise for limiting the human cost of the coronavirus.”

My colleague, Fred Lucas, reported Monday on the starkly different outcomes in New York and Florida.

In some respects, the circumstances that led to the outcomes in those states might be comparing apples and oranges, but in terms of population, as Lucas noted, Florida and New York are comparable in size.

While Cuomo has often struck the right tone and certainly dealt with a massive challenge as New York was rocked by COVID-19, his leadership and decisions have been far from perfect.

There was a delay in shutting down the New York City subway system for a deep cleaning and nightly sterilizations, which could have occurred much sooner. Perhaps even more consequentially for the state’s COVID-19 fatality rates, Cuomo’s administration forced nursing homes to take in sick coronavirus patients, which led to many deaths and furthered the spread of the pandemic.

Cuomo has partially admitted to this mistake, but one does wonder whether, if he were the governor of another state and a member of another party, we would be seeing articles calling him unfit to lead the state.

It should be noted, too, that while DeSantis took heavy criticism for Florida’s open beaches, he also actually took early steps to ensure that sick coronavirus patients did not return to nursing homes, where there were far more vulnerable populations.

DeSantis laid out his approach to the coronavirus pandemic in a superb interview with National Review’s Rich Lowry, in which he explained how he gave counties latitude to pursue the policies that work best for their specific conditions.

“I said from the beginning,” DeSantis said in the interview, “we’re a big, diverse state. The epidemic is not going to affect this state uniformly, and what’s appropriate in Miami and Broward may not be appropriate for Jacksonville or the Panhandle. And that’s pretty much the way we did it.”

On Wednesday, DeSantis torched the mainstream media over their coverage of his approach to the coronavirus pandemic and the positive data coming out of his state.

“You’ve got a lot of people in your profession who waxed poetically for weeks and weeks about how Florida was going to be just like New York,” he told reporters.

“I have a zero-tolerance policy for sexual harassment,” Gov. DeSantis says. https://t.co/jTzJmKk8X0 pic.twitter.com/ZL0Vy0NS9o

Though American government has centralized dramatically over the past century, our system continues to retain a fair amount of federalism. States around the country have pursued their own policies, and that’s a good aspect of our system.

After all, the geography, population, and circumstances of, say, Wyoming, are far different from those of New York or California. It would make sense that states would have different strategies with respect to how they seek to contain the pandemic and how they approach their reopening.

Unfortunately, all too many in the media want to make this complicated process a mindless game of blaming conservatives and Republicans for bad things that happen and praising Democrats and progressives for things that go well (or simply remain silent when they don’t).

It would be nice if our national media committed to an evenhanded treatment of the pandemic and the states’ divergent plans for reopening, but that appears to be too much to ask for.