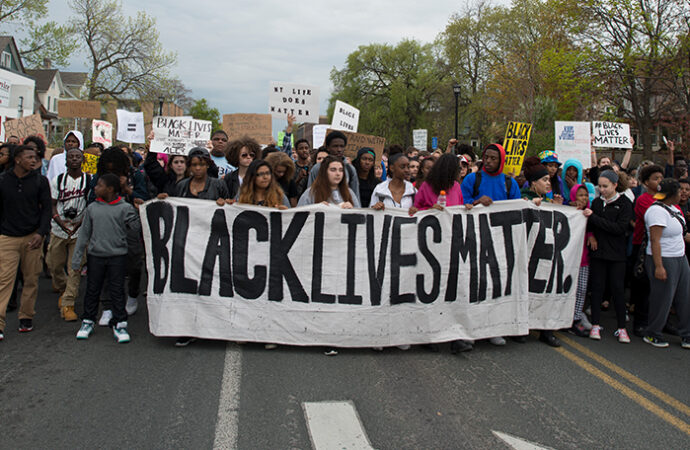 The media lies all the time. We have seen it on Russian collusion, Covington Catholic, the coronavirus, and a host of other subjects. When they are not lying, they engage in a kind of willful distortion of the facts, focusing on unrepresentative stories of the “man bites dog” variety without providing useful context. This is especially common when a racially charged crime happens.

It is not a coincidence that the national media recently latched onto the Ahmaud Arbery story from Brunswick, Georgia. Video has emerged of the event itself, and the story doesn’t sound good: a good boy out for a run gets profiled and murdered by two crazy white racists.

Is this story even plausible? Video, after all, can be misleading, as it doesn’t show what happened before the camera started rolling. And while the white suspects have been reviled as “dumb rednecks,” one of the allegedly crazed maniacs is a former cop turned investigator. He and his son, according to their account, were in hot pursuit of a neighborhood burglar. At least one other 911 caller told police Arbery was trespassing in a home under construction.

There are other reasons to be skeptical of the media narrative. First, the initial prosecutor on the case, before the national media outcry, offered a detailed justification for his decision not to prosecute.

Second, giving credence to the robbery theory, Arbery has a felony criminal record – for bringing a gun to a high school football game and a later probation violation for shoplifting. He was said to have been seen by one of the suspects days earlier casing the neighborhood.

Third, Arbery may have been confined involuntarily for mental health reasons, as the D.A.’s letter mentions. “Arbery’s mental health records & prior convictions help explain his apparent aggressive nature and his possible thought pattern to attack an armed man,” the prosecutor wrote. The video shows him, without hesitation, attacking one of the men who were blocking his way. No media reports have followed up on this interesting tidbit.

Finally, while Arbery is indeed running on the video, was he actually just a jogger out in the neighborhood? He was wearing what appear to be long jean shorts and high-top basketball shoes – not exactly jogging attire.

It is funny how these stories seem to emerge and get national coverage so regularly during election years. We’ve seen this movie before: Trayvon Martin, Michael Brown, and the trigger-happy maniac Sean Reed in Indianapolis. In every case, the facts and background of the victim, as well as the perpetrators, were distorted to fit a narrative.

With Trayvon Martin, we got this picture, not this one. Similarly, we heard a lot about Martin getting “iced tea and Skittles,” just as now we learn about Arbery’s love for jogging. When inconvenient facts emerge – like Ferguson’s “gentle giant” Michael Brown engaged in a strong-arm robbery – we are told that revealing these facts is somehow an injustice.

If we know the media is lying all the time about these sorts of incidents, there is no reason to believe them without question regarding this one.

It’s true the shooter and his father were indicted in the Arbery incident, but so was George Zimmerman. Before it became a national story, the regular prosecutor in the Arbery case declined to prosecute, just like the Seminole County prosecutor didn’t indict Zimmerman. Without a media-driven racial frenzy, the prosecutors could just look at the facts, as well as whether reasonable doubt rendered any prosecution unethical and unwinnable.

This local news story is now national news. It is interesting because it is unusual: a white-on-black homicide. By contrast, black-on-white crime, as well as black-on-black crime, is frequent and predictable, boring even. It is so common that such stories barely make the local news.

According to the Bureau of Justice Statistics, of the nearly 607,000 violent interracial crimes committed every year involving blacks and whites in 2018, blacks initiate 547,000 of such encounters, while white-on-black crime only numbers around 56,000. This is the case even though whites make up over 60 percent of the population.

Among homicides, in total numbers, about 500 whites are killed by blacks and about 240 blacks by whites. In other words, the media excitement over these stories is so disproportionate to the statistical reality that it amounts to a type of lie. It’s analogous to the media focus on “assault weapons,” even though handguns are used in the vast majority of the homicides in this country. In both cases, demonization is needed to uphold the narrative.

Exaggerating White Racism Is the Foundation of Leftism

The Arbery story is not becoming widespread because it is a mere human interest story. Rather, it is an archetypal tale of white villainy, the foundation of the broader leftist narrative of America’s illegitimacy.

That narrative says, roughly, we are not such a good country and that our ideals were not merely imperfectly realized, but rather were a sham, a tool of “white supremacy.” In other words, for the Left, our nation is illegitimate because of racism and needs to be radically changed. This is what the 1619 Project is about.

The racism narrative was the foundation of the 1960s civil rights revolution. This revolution soon gave birth to a parallel “constitution” within which the federal government knows no limits and runs roughshod over our historical freedoms and way of life, to include the authority to tell businesses how they ought to be run and how school districts should be drawn.

As Christopher Caldwell has argued,

“the emergency mechanisms that, in the name of ending segregation, were established under the Civil Rights Act of 1964 . . . gave Washington the authority to override what Americans had traditionally thought of as their ordinary democratic institutions. It was widely assumed that the emergency mechanisms would be temporary and narrowly focused. But they soon escaped democratic control altogether, and they have now become the most powerful part of our governing system.”

This is also why trillions have been spent to little effect in America’s ghettos. This is why corporate America and the government openly and unapologetically discriminate against whites in the form of affirmative action. And this is why, when enthusiasm wanes, recurrent tales of “white racists trying to kill blacks” are trotted out every few years. Without these demoralizing stories, the revolutionary constitutional order would be in jeopardy.

In other words, the truth or falsehood of the Arbery story is mostly irrelevant to the media and the establishment. The story instead functions to bring about results in which the truth – and an honest sense of proportion – is totally immaterial. These stories are propaganda tools used for propaganda purposes.

The media and the deep state lies all the time. On the specifics, there is no reason to be any less skeptical of this story than all of the media’s other lies. If these men are guilty of a crime, they should be punished. But the broader narrative of white racism that requires us to “redouble our efforts” is a lie regardless of what happened in Brunswick, Georgia.