It’s Time to Ditch the Party Labels and Truly Think 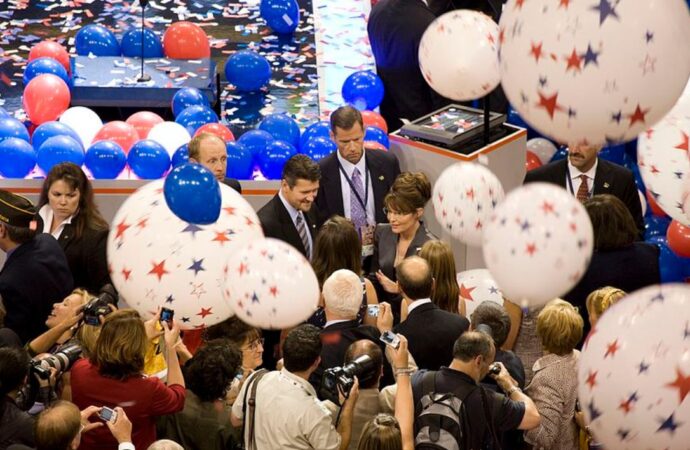 I was talking with a friend the other day when the conversation took a sudden political turn. Knowing the two of us come from opposite sides of the spectrum, I braced myself, wanting to be kind, but also wanting to defend my views.

During the debate, I got the sense that I was surprising my friend. Instead of toeing the party line, as others often do, I considered her words, acknowledged areas of agreement, and raised issues that she may not have considered. We parted, and will likely remain friends, perhaps waving cheerfully the next time we see one another.

That’s not the type of political debate one usually encounters today, for two reasons. One, it is hard to maintain a cool head and debate in a civil manner. It goes against our grain, as I will testify as one who is trying to train herself to think and act in that way.

Two, there seems to be a widespread attitude that individuals should never disagree with the political party they align with. If one supports President Trump, one should support every policy he promotes and every Tweet he produces.  If one is a good progressive, then one must regurgitate politically correct talking points, regardless of how ridiculous they may seem.

Whittaker Chambers was one of those rare individuals able to think his own thoughts and to challenge even people who thought like him. This point is highlighted in a short biographical piece by Joseph Salemi in the June issue of Chronicles magazine. Chambers, says Salemi, took a job as senior editor of National Review in 1955, that is, with a decidedly right-leaning publication. Yet Chambers did not fall into lockstep with the magazine’s positions. Instead, he thought his own thoughts and was unafraid to express them:

Although he had fully rejected the horrors of totalitarian Communism and called himself ‘a man of the right,’ Chambers was never ideologically committed to a rightist worldview. His political opinions tended to be eclectic and pragmatic, and predicated on what he considered sane, rational, and humane stances, regardless of whether the positions were ‘liberal’ or ‘progressive.’ His greatest moment at the [National Review] magazine was surely his devastating review of Ayn Rand’s novel Atlas Shrugged. The review’s title, ‘Big Sister Is Watching You,’ set the tone immediately, and it tore Rand’s atheistic philosophy of capitalist selfishness to shreds.

Perhaps it is time to ditch the party labels and examine policies and ideas with an open mind and through the lens of rational thought.