George Floyd Reveals the Bankruptcy of the Elites 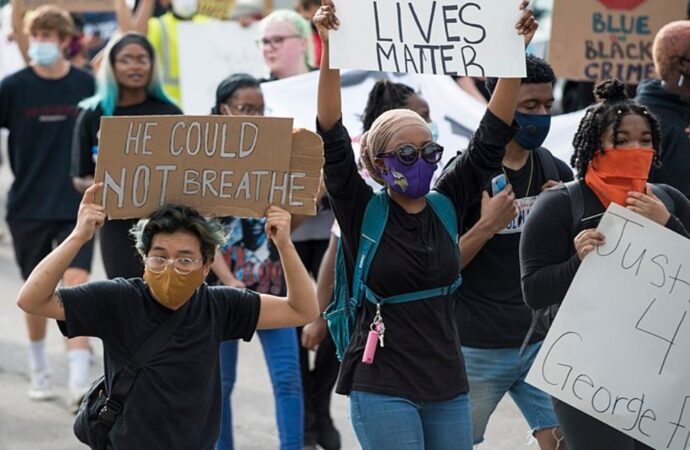 The protests, looting, and fires which have rocked the city of Minneapolis after the tragic death of George Floyd are yet another illustration of the comprehensive failure of our leading institutions, which seem incompetent and unprepared to handle society’s widespread anger and alienation. The concurrent rise of nationalism, socialism, and populism during the twentieth-first century increasingly resembles a tragic recapitulation of the nineteenth. Institutions are in crisis and elites face increasing criticism for the way their mismanagement has eroded the common good.

The most compelling explanation for these systematic failures and the popular unrest which compounds them is the staggering growth of information, which has laid bare the hollow nature of the elites’ pretended expertise and moral bankruptcy.

Martin Gurri, a visiting fellow at George Mason University’s Mercatus Center, offers the most detailed articulation of this thesis in his book, The Revolt of the Public and the Crisis of Authority in the New Millennium. Gurri recently discussed many of these arguments with economist Russ Roberts on this week’s episode of Econtalk. The material cause of the “revolt of the public” is the tsunami of information unleashed by the internet:

Some very clever people from Berkeley tried to measure how the information of the world had developed, and they came up with the fact that in the year 2001 … [the internet] produced double the amount of information of all previous human history going back to the cave paintings and the dawn of culture. So, 2002 doubled 2001. So, if you chart that you do get something that looks like a gigantic wave; and I call it a tsunami.

Much of the centralization, professionalization, and planning that characterized life in both the communist and non-communist world throughout the twentieth century depended on limiting access to information:

The institutions and the elites—politicians, journalists, academics—of the industrial age had a great deal of confidence in the assertions that they made. They spoke as scientists, or as social scientists, as experts; and they made tremendous predictions. They claimed a lot of control over the economy, for example, over the natural environment. They asserted certain claims that could only be sustained if the rest of us really didn’t know the full picture. And I think what that tsunami has done is strip them naked.

Just as the widespread creation and sharing of information has undermined what Nobel laureate Friedrich von Hayek called “the pretense of knowledge,” it has also made the moral failures of the elites more widely known. These failures are starkest and most obvious in their personal lives, but they are also revealed in rhetoric that is contemptuous of the public they are supposed to serve:

Well, in France, when they had the yellow vest [movement], basically the top Parliamentarian for the ruling party said, ‘The problem is our policies are too sophisticated.’ They said, ‘And, people don’t understand them.’ So, there’s a sense that, you know, you’re dealing with these yahoos out there who are completely ignorant of your expertise and scientific training.

The full interview and book are well worth your attention.

The solution to this abuse of institutions by naïve, immoral, and contemptuous elites is ultimately their own personal transformation or replacement. They must abandon faux expertise for responsible, prudential judgement that acknowledges, while they can and will make mistakes, they must endeavor to correct them in humility. They must see their vocation of leadership as a responsibility they have been entrusted with and not an entitlement. That will impel them to act with the greatest personal integrity.

Finally, they must truly love others. Sen. Cory Booker, D-N.J., during his brief presidential campaign, rightly argued, “I believe very firmly that you can’t lead the people if you don’t love the people—all the people.” Sen. Booker has been right and wrong about many things, but this is indeed the foundation on which to rebuild our broken institutions: “Above all keep your love for one another fervent, because love covers a multitude of sins” (I Peter 4:8).

This article is republished with permission from The Acton Institute.