Faced With Legal Pushback, Governors Are Backing Down 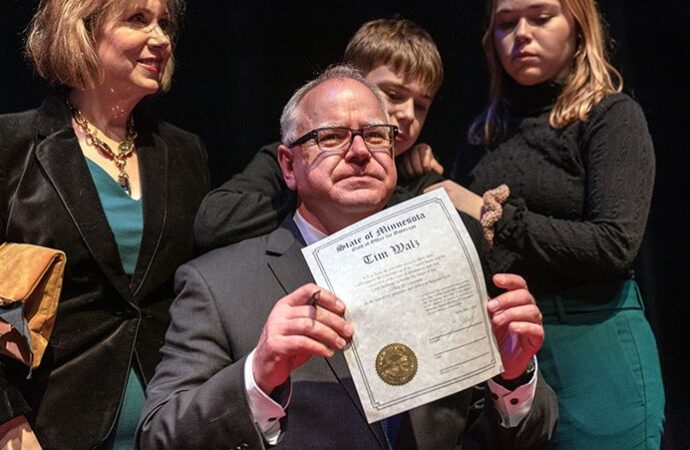 “Restaurants and bars are integral to what makes Minnesota great,” Walz said, announcing that they could reopen in a limited, outdoor fashion with up to 50 patrons.

Churches sat up and took notice. Why were bars and restaurants allowed to have 50 individuals, while religious gatherings were limited to 10?

Recognizing the inconsistency, and knowing their Constitutional rights, churches decided it was time to push back. The Wall Street Journal reports:

[A]n interfaith group including the Minnesota Catholic Conference, the Lutheran Church-Missouri Synod and the Becket Fund for Religious Liberty immediately put the Governor on notice. In accordance with their First Amendment right to the free exercise of religion, they sent letters to their congregations and Gov. Walz announcing their intention to reopen their churches next week—without his blessing.

As the WSJ notes, this move “will put Gov. Walz in an awkward position” of having to decide whether to arrest people for attending church. Given the clear First Amendment protections for the exercise of religion and the right to assemble, such a move may have difficulty enduring a court hearing.

Governors across the country are realizing this firsthand as more challenges to their executive orders are entering the courts and finding sympathetic ears among judges. Religious services especially, Politico reports, are “one of the few areas where judges have shown more willingness to overrule state leaders.”

And here, I believe, is one of the great benefits of this coronavirus lockdown. As Americans, we have long known that we have rights enshrined in the Constitution. Yet while we have head knowledge of them, we really haven’t had heart knowledge. Unfortunately, a true understanding of those rights often only comes when they are threatened.

Americans now have a taste of what it’s like to live without the right to assemble, the right to exercise their religion freely, and in a smaller sense, the right to speak freely. We now understand better how the early patriots felt when their rights were dismissed by leaders, and why they fought so hard to ensure that their children wouldn’t endure the same experiences.

It’s a strange position we find ourselves in. Do we choose the path of safety and fear, or do we step out and make sure we don’t yield the liberties which were hard won by those who came before us? Patrick Henry would tell us to choose the latter.

In his impassioned 1788 speech debating the merits of the forthcoming Constitution, Patrick Henry expressed the need for Americans to have a Bill of Rights. “Guard with jealous attention the public liberty,” he said. “Suspect every one who approaches that jewel. Unfortunately, nothing will preserve it but downright force: Whenever you give up that force, you are inevitably ruined.”

He went on to remind his audience how history demonstrates the ease with which liberty is lost:

But we are told that we need not fear; because those in power, being our Representatives, will not abuse the power we put in their hands: I am not well versed in history, but I will submit to your recollection, whether liberty has been destroyed most often by the licentiousness of the people, or by the tyranny of rulers? I imagine, sir, you will find the balance on the side of tyranny: Happy will you be if you miss the fate of those nations, who, omitting to resist their oppressors, or negligently suffering their liberty to be wrested from them, have groaned under intolerable despotism. Most of the human race are now in this deplorable condition….

Let’s be honest: it can be uncomfortable to push back, especially when it’s against big leaders who have the power to squash us outright. But isn’t that a risk we have to be willing to take? Having seen what it’s like to lose some of our freedoms, are we willing to hold elected officials accountable – both while they’re in office and when they put their names on the ballot once again – to the laws they swore to uphold?