Don’t Gaslight Us on #BelieveWomen 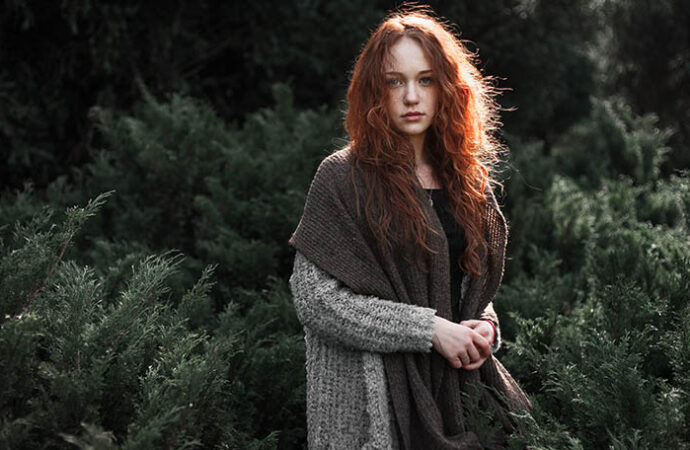 Many of us were startled to open The New York Times last week and find ourselves accused of hijacking and weaponizing the phrase “believe all women.”

According to journalist Susan Faludi, the phrase always has been “believe women,” and never has been associated with a demand for automatic and unquestioned belief that those who allege sexual assault are telling the truth.

The “believe all women” line, in Faludi’s telling, is a false narrative perpetuated by what she calls the right wing.

Apparently, the problems long pointed out with the premise of believing all women were, well, problems we – the “right wing” – created as a trap for an otherwise unblemished and unproblematic movement.

This was particularly shocking to me. I remember the arguments for literally believing all women without question to be so strong that I wrote an article addressing them. Bari Weiss, who hardly could be called a right-winger, also understood this as a primary message of the movement, and was so concerned about its consequences that she publicly pushed back against it.

Could our memories have been so wrong? Could we have misunderstood the basic premise of an entire social movement? Could it be that we trolled ourselves into knocking down a straw man?

No. We’re being gaslighted. And we have the receipts to prove it.

To give credit to Faludi, some feminist voices have warned that #BelieveWomen ought not to mean more than simply taking women seriously instead of immediately dismissing accusations.

But to suggest that the broader #MeToo movement did not ever meaningfully encompass a demand to believe all women, in all accusations? Now that’s just pure revisionism.

Let’s start with the phrase itself. While it was certainly never as popular as the shorter #BelieveWomen, it was embraced unironically by many groups, people, and outlets that are about as far from “right wing” as I am from a communist.

National Public Radio, for example, would have been shocked to discover that “believe all women” was not, in fact, the legitimate “mantra” of the #MeToo movement, as it presumed.

Writers at outlets such as Jezebel, The Guardian, and Bloomberg at various times made clear that “believe all women” was an important underlying norm of #MeToo. One Daily Beast article went so far as to refer to these years as “the era of believe all women.”

Faludi taunts: “Good luck finding any feminist who thinks we should believe everything all women say—even what they say about sexual assault.” But here is an editor at Bustle demanding just that.

“Believe all women” was, in fact, such an important norm that society forced a prominent comedian to apologize for suggesting it was bad to turn “listen to women” into “believe all women.”

The New York Times itself thought the phrase was so inextricably linked with #MeToo that it suggested the following discussion question in its series on how to teach about the movement: “Should we always ‘believe all women?’ What are the benefits and drawbacks of doing so?”

But let’s assume, for the sake of argument, that no one outside of right-wing circles ever mentioned the phrase “believe all women” and that it was always, without exceptions, “believe women.” Is this fundamentally any different in its practical effect?

“Believe women” is a categorical, unqualified statement. What else could you reasonably expect it to mean besides “believe all women”?

Moreover, “Believe Women” was used interchangeably with mottos such as “Believe Survivors” and “Believe All Survivors,” which inherently presume that all women who make accusations are survivors, and are, ipso facto, to be believed.

So you’ll have to forgive all of the prominent non-right-wing-hacks who found themselves completely confused and thinking that “believe women” meant “believe all women who make accusations are victims, simply because they made accusations.”

The organizers of the Women’s March clearly believed this was the case, retweeting “We believe women” with an underlying tweet implying that a woman’s words of accusation alone should be sufficient evidence that she is to be believed.

And as Sen. Elizabeth Warren, D-Mass., explained regarding accusations of sexual misconduct leveled at former New York Mayor Michael Bloomberg: “I believe the women, and that means he isn’t telling the truth.”

In other words, she thought the essence of “believing women” was that women who make accusations must be believed, and any defense put forward by the accused must be discredited. Full stop.

This line of argument also was clearly seen in a Vox article about the “Republican response” to sexual assault allegations leveled at Donald Trump. Many of these allegedly “sad” responses were simply that the lawmakers hadn’t yet looked into the allegations.

One of the apparently unacceptable responses, from Sen. Joni Ernst, R-Iowa, was precisely the response Faludi now says always has been the epitome of “believe women” – that the accusation should be taken seriously, but vetted.

But to Vox, apparently, it was “predictable and sad” that politicians did not immediately believe the accusations, but rather wanted to look into the facts and assess credibility before forming an opinion.

Finally, whatever moderating influences may have initially fought to separate #BelieveWomen from #BelieveAllWomen, the Senate confirmation hearings for Supreme Court Justice Brett Kavanaugh destroyed any lingering pretense that automatic, unwavering belief was not accepted practice within the movement. Here, actions spoke louder than any words.

From the very beginning, prominent Democrats made clear that the accusation alone was enough. Sen. Mazie Hirono, D-Hawaii, went so far as to state, prior to any hearing of the facts, that not only did she believe Kavanaugh accuser Christine Blasey Ford, but that men should “just shut up” and believe her, too.

Even afterward, when Kavanaugh was hit with allegations of sexual misconduct at Yale by Deborah Ramirez, many prominent Senate Democrats demanded his impeachment based on Ramirez’s accusation alone.

“Believe all women” was never a right-wing trap. It always has been a very real part of the #MeToo movement, even though dissenters – conservative and liberal alike – have cautioned against such an untenable and reductionist approach.

The question isn’t whether the right hijacked a phrase to create unreasonable standards. It didn’t.

The question isn’t even whether the left will continue to abide by the standards it largely accepted and imposed on others when those standards no longer are politically expedient. It won’t – those standards already have been subjected to quick and near-total abandonment for recent accusations against liberal politicians.

The only remaining question is whether this newfound love of due process and fair-mindedness will continue for the next college student, celebrity, or conservative politician accused of misconduct.

One can only hope.