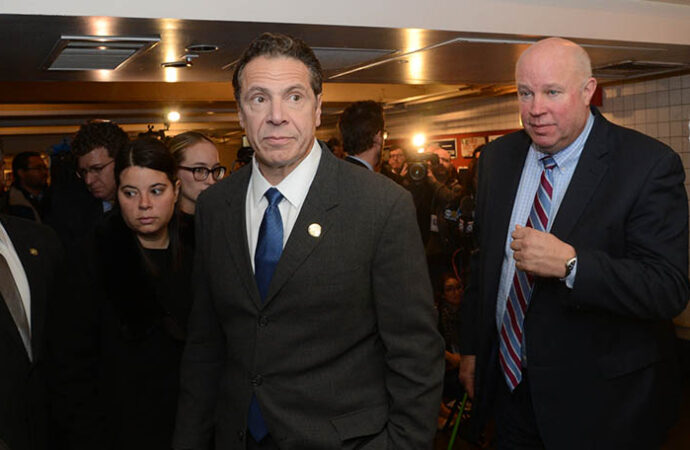 New York Gov. Andrew Cuomo admitted on Monday that the COVID-19 projection models put forth by “national experts” “were all wrong,” saying that “we all failed at that business” and proclaiming that he was “out of the guessing business.”

This was in response to a question from a reporter about when New York would “reopen.”

Cuomo added: “There are a lot of variables. I understand that. We didn’t know what the social distancing would actually amount to. I get it, but we were all wrong. So, I’m sort of out of the guessing business, right?”

Such an expression of “epistemic humility” among politicians is rare and welcome. But it doesn’t get him off the hook.

Despite his claim to the contrary, Cuomo is still deep in the “guessing business.” In his response, he said that New York would open bit-by-bit according to whenever a given region’s COVID-19 metrics – like its decline in hospitalizations and deaths – reached a certain threshold. And he stressed that the criteria are the same for each region.

“There’s only one set of numbers,” he said. “This is not ‘pick your numbers,’ here. We have statewide criteria. They are the same all across the state.”

So, Cuomo just doesn’t want to guess when all of New York will meet the official criteria. However, by enforcing the lockdowns until then, he is still guessing. He is guessing that those criteria are the right ones for the whole state. And more fundamentally, he is guessing that lockdowns are good policy in the first place.

Furthermore, by making these guesses, he is continuing to rely on recommendations from “national experts” based on “projection models” that he himself admits were wrong.

Far from humility, this is the height of arrogance. It represents what the Nobel Prize-winning economist F.A. Hayek called “the pretense of knowledge” and “the fatal conceit” of central planning.

It is wildly pretentious for anyone to assume to know how a population of more than 19 million should cope with a novel pandemic, and especially to assume that the same exact criteria for reopening should be applied to such varying conditions as downtown New York, upstate suburbia, and rural areas.

Unfortunately Cuomo can afford such arrogance, because he is not the one who pays the price when he guesses wrong. It is New Yorkers who suffer from his mistakes: like the 1.7 million people who lost their jobs due to the lockdowns, and the thousands of elderly New Yorkers who died because he forced nursing homes to admit COVID-19 carriers.

When a reporter dared to ask him about the policy, Cuomo expressed indignation over the very idea of questioning it. “Fatal conceit” indeed. Eventually, controversy over the policy grew too great for even him to ignore, and he reversed it.

In spite of such controversies and the fact that New York has by far the worst COVID-19 track record in the country, Cuomo’s public profile has skyrocketed, as his press conferences have become major events.

As the economist Thomas Sowell wrote, “It would be hard to think of a more ridiculous way to make decisions than to transfer those decisions to third parties who pay no price for being wrong.”

Even worse is transferring decisions to third parties who are rewarded for being wrong. But such are the perverse incentives of politics. Under a state-revering public philosophy, scary crises send people flocking to the arms of politicians, even the politicians who are to blame for worsening the crisis.

In spite of his seemingly humble remarks, Cuomo continues to act as a central planner, locking down an economy bigger than that of most countries, and issuing sweeping dictates to millions over how they are to address a complex public health and social problem. Like all central planners, his power-tripping arrogance blinds him to a fundamental truth about society: that central planning is always a “guessing business”: a hubristic venture of wild, uneducated guesses.

That is because central planners are necessarily starved of “local knowledge,” or as Hayek put it, the “knowledge of people, of local conditions, and of special circumstances” that is indispensable for solving social problems.

“There are a lot of variables,” Cuomo admitted. “I understand that.”

But does he really? If he truly understood how infinitely complex social problems are, he wouldn’t act as if they can be solved top-down by politicians, bureaucracies, and a government-connected expert class. He would admit that all central planners can do is stumble around in the dark, breaking things and people.

And if he understood economics, he would realize that the complexity of social problems are such that they can only be managed bottom-up by local actors with local knowledge and skin in the game interacting with each other in a free society and a free market.

The future is inherently uncertain, so human action will always be guesswork to a degree. But only a society of free and self-responsible individuals are capable of truly educated guesses.

[Image Credit: Flickr-Metropolitan Transportation Authority of the State of New York, CC BY 2.0]