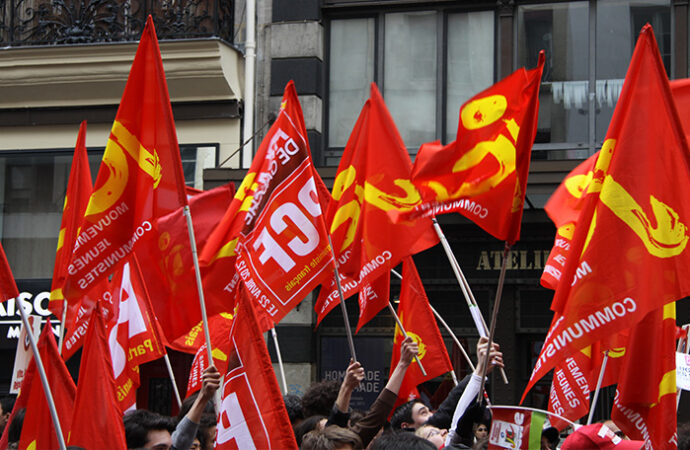 While researching a book on antifascism, it became clear to me that the contemporary left has strange ideas about what earlier leftists believed. This is especially true in the ascription of a certain timelessness to intersectional politics, which today’s antifascists are all about. In How Fascism Works by Yale Philosophy Professor Jason Stanley, and in Mark Bray’s Antifa: The Antifascist Handbook, one learns, or so it appears, that the left has always been fighting for the same ideas.

Among these permanent ideals is feminism, which Jason Stanley stresses as foundational for any true leftist identity. According to Stanley, “fascist opposition to gender studies in particular flows from its patriarchal ideology. National Socialism targeted women’s movements and feminism in general.” Moreover, according to Stanley, the right, including the American isolationist right of the 1930s, has spared no venom attacking “the acceptance of homosexuality together with its supposedly attendant sin of ‘degeneracy.’”

Supposedly, hatred of gay activities and the objection to feminist courses (which, by the way, didn’t even exist in the interwar period) render the right a truly persistent evil. The good guys on the eternalized left have, in Stanley’s view, always been out there rooting for the feminists, gay pride parades and open borders. In Bray’s Handbook, one finds the present left joining up with the interwar Communists and anarchists in what looks like an alternate universe.

Almost everything about this image of a timeless left is flawed. What Stanley, Bray and other leftist authors attribute to fascists was until recently (and even still, in the case of Communist Cuba) characteristic of the left. For example, Communist hero Che Guevara expressed absolute “loathing” for homosexuals. That is, when he wasn’t raging against blacks, whom he considered to be naturally primitive. In Communist countries, like Cuba and China, those who engage in homosexual practices have landed up in concentration camps.

The Communist Party USA was always happy to go after anti-Communists or Communist deviationists by spreading lurid accounts of their homosexual practices. This was done to particularly good effect in the case of Whittaker Chambers, when this former Communist showed himself eager to reveal the machinations of his former associates. Not only Communists but most of the American left had a field day exposing Chambers’ youthful indiscretions. My late friend Will Herberg, who had been once a high-ranking Communist, told me emphatically that “homosexuals were summarily thrown out of the party.” Pace our mythmakers about an ageless intersectional left, I saw no reason to question Will’s account.

Our present left hardly existed in the 1930s. I am also puzzled by the efforts made by our intersectional left to claim the legacy of the Frankfurt School and its criticism of “fascist patriarchy.” Although I’ve certainly criticized Critical Theorists like Theodor Adorno and even my own teacher Herbert Marcuse for pushing us culturally toward the left, we should be fair to these figures. While they associated patriarchy with both fascism and capitalism, they never advocated the obliteration of gender identities. Even more importantly, they were blistering in their remarks about homosexuality as a form of sexual deviance.

In Dialectic of the Enlightenment, which Adorno and his collaborator Max Horkheimer produced in American exile during World War II, there are so many homophobic statements that their authors might have been put on the Southern Poverty Law Center hit list if they had published such a work at the present time. In their lyrically composed critique of capitalist modernity, Adorno and Horkheimer stress the connection between fascist control and homosexual practices. Supposedly, “inverted” sexuality is the price that we pay for living in an irrational society; this inversion involves a degraded form of sexual behavior. Adorno and Horkheimer follow Freud in viewing homosexuality as an “inversion,” in which the person thus afflicted finds an “inverted sexual object.”

A sad note to add to this account is that for years Adorno and Horkheimer spread rumors far and wide, targeting Golo Mann, the son of Thomas Mann and a learned historian of Germany, as a homosexual. Although Golo was that, he was quite discreet about his orientation, and the real reason for the attacks were his critical comments about the German antifascist left.

Since I assume our present antifascist left never picked up on the inconvenient fact of their group’s homophobic past, let me offer a few other indigestible, though easily accessible, truths about their intellectual forebears.

The Communist left in postwar France and Italy strongly opposed open borders and the importation of a Third World labor force, which they properly understood would hurt the living conditions of the indigenous proletariat. This was also the view of leftist labor union organizers across the world, from Samuel Gompers to Cesar Chavez and, up until very recently, the position of Socialist Bernie Sanders.

In Annie Kriegel’s classic, The French Communists, which examines the culture of French Communism into the 1970s, one encounters situations that would utterly baffle Stanley, Bray and other modern exponents of the intersectional left. According to Kriegel, who herself started out as a Communist, party members were overwhelmingly male, looked with suspicion on female Communist activists, and usually sounded like a “pre-Vatican Two gathering of Catholic prelates” in discussions of family matters.

It would be impossible to imagine any shared moral ground between these people and what today presents itself as the left. Without being overly polemical, it would seem the old Communist left has about as much as common with today’s left as the American conservative movement of the 1960s does with its present, would-be incarnation. Like times, movements change—sometimes in ways that render them unrecognizable to past members.