Redefining Gender Roles One Quarantine at a Time 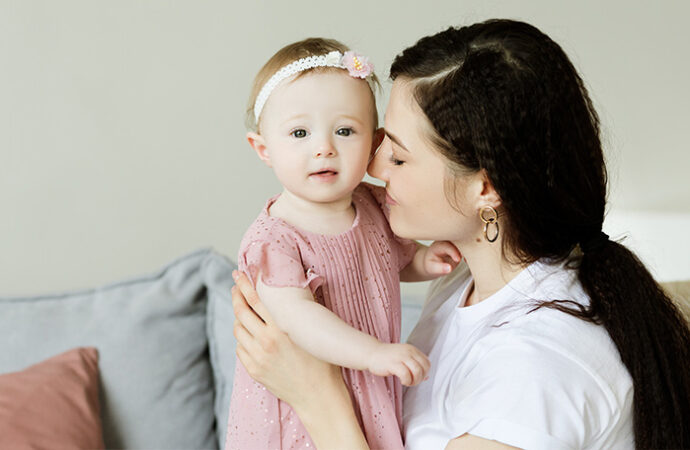 The coronavirus is going to send women back to the kitchen. At least that is what The Atlantic believes. Writer Helen Lewis argues that the pandemic is a “disaster for feminism.”

Lewis starts by noting, “A pandemic magnifies all existing inequalities.” That’s certainly true, but from there, she veers into the assertion that this particularly affects women.

Women, Lewis believes, are acquiring the bulk of the extra childcare and housework that school closures and self-isolation produce. “One of the most striking effects of the coronavirus will be to send many couples back to the 1950s. Across the world, women’s independence will be a silent victim of the pandemic,” she writes.

Yet Lewis has little proof that the fathers of America are letting their wives pick up the slack. In fact, she provides only evidence to the contrary. She interviews Claire Wenham, an assistant professor at the London School of Economics, who is “self-isolating with two small children; she and her husband were alternating between two-hour shifts of childcare and paid work.” That sounds like a great set up to me!

Lewis also references a tweet by epidemiologist Rachel Patzer, who wrote, “My spouse is a physician in the emergency dept, and is actively treating #coronavirus patients. We just made the difficult decision for him to isolate & move into our garage apartment for the foreseeable future as he continues to treat patients.” Do you see any inequality or oppression here? I simply see a couple using their medical training to make a tough call about the best way to protect their family.

My own experience also contradicts Lewis. My husband is still working fulltime, albeit remotely, but he is leveraging his increased flexibility to take on more housework and childcare. I am sure many other women would say similar things about the men in their lives.

British journalist Freddy Gray wrote a lovely tribute to his wife in The Spectator. While he is also doing his best to help out during the quarantine, he is amazed at how well and competently his wife has been handling the family’s new situation.

If we’re going to rely on Lewis’ methodology – which seems to consist of a couple of anecdotes and a whole lot of assumptions – I could also argue that Coronavirus will be great for women’s progress. As men spend more time at home, they will develop a deeper appreciation for how much work it takes to run a household and they will start pitching in more.

Disdain for traditional women’s occupations like housework and childcare are woven into the DNA of feminism. Nearly a century ago, Virginia Woolf wrote, “Often nothing tangible remains of a woman’s day. The food that has been cooked is eaten; the children that have been nursed have gone out into the world.”

In the same way, Lewis rails against the articles that have been written recently suggesting that we should all be more productive in quarantine because Isaac Newton did his best work during the Great Plague. He didn’t have pesky kids getting in his way, she argues. She assumes that career success and public glory are more valuable than caring for your family.

Lewis does make some good points in her article. She writes, “In both rich and poor countries, campaigners expect domestic-violence rates to rise during lockdown periods. Stress, alcohol consumption, and financial difficulties are all considered triggers for violence in the home, and the quarantine measures being imposed around the world will increase all three.” Women will suffer the brunt of that. Lewis is right to draw attention to this problem.

On that point, she echoes the first-wave feminists who played a significant role in the Temperance Movement. Modern feminists tend to downplay that part of their history because of how spectacularly Temperance failed. But it was an important women’s rights issue at the time because women and children were the primary victims of men’s alcoholism.

Lewis writes that single mothers are disproportionately affected by the coronavirus shutdown. That’s also very true. But then she says, “No one should be nostalgic for the ‘1950s ideal’ of Dad returning to a freshly baked dinner and freshly washed children, when so many families were excluded from it, even then.” Really? I suspect if you asked, many single mothers would say they’d be happy to have one of these 1950s men bringing home the bacon. It’s patronizing of Lewis to tell these women that they are more liberated without a husband – particularly when a growing body of research shows that rich, educated people are far more likely to get and stay married than those on the lower rungs of society.

The coronavirus outbreak has proved, yet again, that the family is the best bulwark against turbulent times. If Lewis wants to help her fellow women, she should promote marriage rather than running it down.