Longing for the Days of Presidential Attack Ads 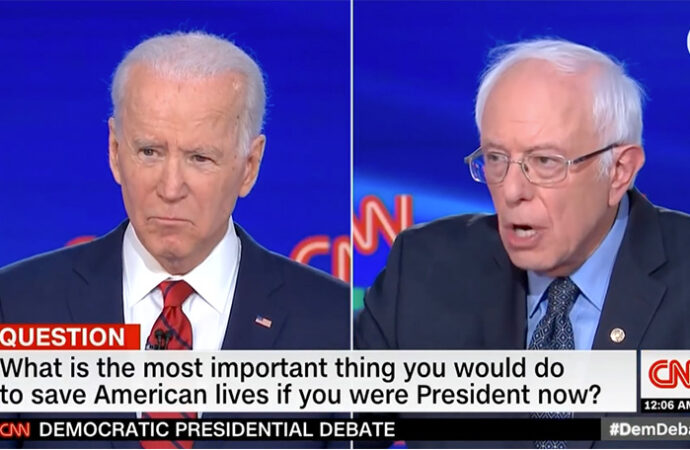 Man, do I miss Michael Bloomberg.

Don’t get me wrong. The constant bombardment his campaign leveled at Americans over billboards, television, radio, and the internet was incessant and utterly annoying. It was a great relief to see him drop out of the race, if for no other reason than to have this multi-sensory campaign assault come to an end.

Now with COVID-19 dominating every aspect of our news and lives, I look back wistfully at the YouTube ads with Mini Mike’s face.

If you were to look at the headlines today, you would notice a startling lack of any campaign coverage. Consider some of the big news entities:

–       The front page of The Wall Street Journal has zero campaign coverage, but more than 60 articles either directly covering the coronavirus or covering the effects of it on humanity, including a list of “The Comfort-Food Recipes We Need Right Now.”

–       Fox News is similarly well stocked on Coronavirus headlines, and while its political coverage of Joe Biden and the Wisconsin primary is present, it too was tied to the crisis consuming the country.

–       The Washington Post offers coverage of the headaches in the Wisconsin primary, but otherwise remains mum on the issue of democracy in America.

–       The New York Times, meanwhile, has as much coverage of Ugandan politics on its home page as it does of the 2020 American presidential race. That only reason that tidbit is there is to announce that the Democrats are postponing their Milwaukee convention from mid-July until August 17.

So where are we in the presidential race?

Biden has collected 1,217 of the 1,991 delegates necessary to clinch the nomination. His total puts him 303 delegates ahead of Sanders.

His lead would likely have been larger were it not for the COVID-19 outbreak. Fourteen states and Puerto Rico have postponed their primaries, with Alaska and Hawaii cancelling in-person voting entirely. Wisconsin has also seen its deadline for the reception of absentee ballots extended.

Every four years, complaints circulate about too much political coverage, too many political adds, and too much negativity. Yet wouldn’t it be nice to have some character attack ads instead of all the doom and gloom associated with coronavirus coverage?

For all our moaning about the drudgery and repetitiveness of our democratic institutions, we tend to miss them when they’re absent. Not only are our current elected leaders struggling to handle the coronavirus outbreak via executive orders curtailing our liberties, but we are also losing much of the political coverage by which we might seek to inform ourselves as to whether or not we wish to replace them in November.

Alexis de Tocqueville described the American system as such in his classic work, Democracy in America:

“The American institutions are democratic, not only in their principle but in all their consequences; and the people elects its representatives directly, and for the most part annually, in order to ensure their dependence. The people is therefore the real directing power; and although the form of government is representative, it is evident that the opinions, the prejudices, the interests, and even the passions of the community are hindered by no durable obstacles from exercising a perpetual influence on society. In the United States the majority governs in the name of the people, as is the case in all the countries in which the people is supreme. The majority is principally composed of peaceful citizens who, either by inclination or by interest, are sincerely desirous of the welfare of their country.”

We may have taken a step or three back from the high regard with which de Tocqueville held us almost 200 years ago, but we still hold the reigns of who governs us. Could we perhaps, when this pandemic is all over, be more grateful for that role, and for the political institutions that uphold it? Will we be less weary of all that goes into that process, and will we retake our role as the “real directing power” of our governments?