How Fanatics Hack Our Minds (And Why We Let Them) 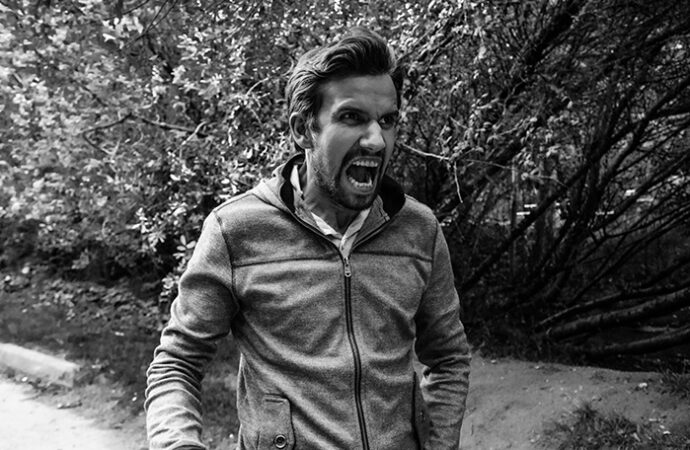 In his 1841 book Extraordinary Popular Delusions and the Madness of Crowds, Charles MacKay wrote, “During seasons of great pestilence men have often believed the prophecies of crazed fanatics, that the end of the world was coming. Credulity is always greatest in times of calamity.”

During the COVID-19 crisis, there has been no shortage of “crazed fanatics.”

In a recent interview, Bill Gates claimed that “normalcy will only return when we’ve vaccinated the entire global population.” Acknowledging that the “economic hit” will be immense, he proclaimed, “but [we] don’t have a choice.” That is, no choice other than to go down the path Gates prescribes.

Then, to deflect criticism from his prescribed path, Gates sets up a mystical strawman opponent who wants to “ignore what’s going on here.”

Dr. Ezekiel Emanuel was an architect of Obamacare. Emanuel too proclaimed, “We will not be able to return to normalcy until we find a vaccine or effective medications.”

Rhetorically, Emanuel asked, “How are people supposed to find work if this goes on in some form for a year and a half? Is all that economic pain worth trying to stop COVID-19?”

Emmanuel didn’t invite a dialogue on his questions. He answered his questions with the cry of every other fanatic, “The truth is we have no choice.”

Fanatics proclaim their way is the only way forward and want us to believe “we have no choice.”

Notice, Gates and Emmanuel present a false dilemma, two alternatives: shut down the economy for many months to come or do nothing. You either support the lockdowns, or you’re a threat to public health.

Gates and Emmanuel refuse to acknowledge other possibilities. They fail to see the limitless possibilities that arise from voluntary adjustments by businesses and individuals.

Through this COVID-19 crisis, fanatics have weaponized the false dilemma logical fallacy to obscure “rational, honest debate.” “This insidious tactic has the appearance of forming a logical argument, but under closer scrutiny it becomes evident that there are more possibilities than the either/or choice that is presented.”

You may recognize this tactic in various other forms. You either want educational spending by government to increase, or you’re against education. You either want higher taxes on the “wealthy,” or you want the poor to go without healthcare.

Those who use the false dilemma tactic and think in black and white terms have the worst records as forecasters. In his book, Enlightenment Now, Steven Pinker reports on the research of University of Pennsylvania professor Philip Tetlock, who interviewed 284 forecasters to understand the makeup of an accurate forecaster from the many more who are “often mistaken but never in doubt.”

Tetlock metaphorically drew on the Greek poet Archilochus who wrote, “The fox knows many things, but the hedgehog knows one big thing.” “The hedgehogs are more the big idea people, more decisive,” Tetlock observes. For forecasters, decisiveness is not a good quality. Don’t rely on the forecasts of hedgehogs.

A physician with the mindset of a hedgehog might remove your tonsils to cure repeated sore throats. Medical hedgehogs wouldn’t be knowledgeable of dietary and lifestyle changes that could support your health.

Pinker warns, those “with Big Ideas—left-wing or right-wing, optimistic or pessimistic—which they held with an inspiring (but misguided) confidence” were the worst forecasters. Having a narrow focus, hedgehogs can’t see the big picture beyond their specialization. In the words of Nobel laureate Daniel Kahneman, they labor under “an enhanced illusion of their skill.” Their forecasts, Kahneman adds, “produce poorer predictions than dart-throwing monkeys who would have distributed their choices evenly over the options.”

The black-or-white thinking of these poor forecasters stems from their desire “to squeeze complex problems into the preferred cause-effect templates.” Ideas and evidence that don’t fit their theories are treated as “irrelevant distractions.”

Fame leads to arrogance. Kahneman writes, “The more famous the forecaster the more flamboyant the forecasts.” Tetlock observes, “Experts in demand were more overconfident than their colleagues who eked out existences far from the limelight.”

Pinker adds that poor forecasters are allergic to the ambiguities of life and “to wishy-washy answers.” Rather than looking for evidence that contradicts their position, they pile “up reasons why they were right and others wrong.” Such experts “were unusually confident and likelier to declare things ‘impossible’ or ‘certain.’ Committed to their conclusions, they were reluctant to change their minds even when their predictions clearly failed. They would tell us, ‘Just wait.’”

We already hear the “just wait” threat from experts who assure us that if we don’t keep following their advice, the second wave of COVID-19 will inevitably be “far more dire” and the “potentially overwhelming outbreak.”

Foxes are the “superforecasters.” Pinker instructs that they are “not necessarily brilliant,” but “they have personality traits that psychologists call ‘openness to experience’ (intellectual curiosity and a taste for variety), ‘need for cognition’ (pleasure taken in intellectual activity), and ‘integrative complexity’ (appreciating uncertainty and seeing multiple sides).”

Superforecasters are actively looking for their mindset biases. Pinker writes of the best forecasters, “They constantly ask themselves, ‘Are there holes in this reasoning? Should I be looking for something else to fill this in? Would I be convinced by this if I were somebody else?’”

Politicians and central planners listen to fanatical hedgehogs who insist their way is the only way. The hedgehogs may be decisive, but their forecasts are often spectacularly wrong.

Why Hysteria is Contagious

Jonathan Sumption, a former UK Supreme Court Justice, recently warned, “When human societies lose their freedom, it’s not usually because tyrants have taken it away. It’s usually because people willingly surrender their freedom in return for protection against some external threat.”

Sumption blames the public for demanding draconian actions. Most “don’t pause to ask whether the action will work. They don’t ask themselves whether the cost will be worth paying.”

Because of herding behavior, “hysteria is infectious.”

If you were handed two cards with lines on each, one clearly shorter than the other, could you tell the difference? If you think this is a ridiculous question, think again.

In one of psychology’s most famous experiments, Solomon Asch showed that if you’re in a group and most of the group members claim the shorter line is longer, you might just go along. In his book You Are Not So Smart, David McRaney reports, “In Asch’s experiments, 75 percent of the subjects caved in on at least one question [about the length of the lines]. They looked at the lines, knew the answer everyone else was agreeing to was wrong, and went with it anyway.”

Perhaps even worse, those who changed their correct answers to conform with others “seemed oblivious to their own conformity. When the experimenter told them they had made an error, they came up with excuses as to why they made mistakes instead of blaming the others.”

Imagine you are in a meeting, and a significant decision is to be made. You think your manager’s plan is ditzy. You are ready to speak out when you see everyone else in the meeting is agreeing with your manager. Would you behave like a mouse and go along? If you’ve ever gone along with a poor decision, don’t beat up on yourself; it’s tough to go against the herd.

Perhaps you think Asch’s experiments merely show there is no reason to dispute the crowd when the situation is trivial. Sadly, research shows when something significant is on the line, fewer people will buck the herd.

In his book The Science of Fear, Dan Gardner reports on experiments by psychologists Robert Baron, Joseph Vandello, and Bethany Brunsman found that conformity goes up “so long as the judgments are difficult or ambiguous, and the influencing agents are united and confident.”

Gardner wondered, would new evidence “make us doubt our opinions?” The answer, Gardner found, is, “Once we have formed a view, we embrace information that supports that view while ignoring, rejecting, or harshly scrutinizing information that casts doubt on it.” Confirmation bias trips us up from changing our mind.

The latest evidence suggests COVID-19 is not as high a risk as initially thought. If you think such evidence will convince your neighbors or Facebook friends that it’s time to end the lockdowns, you will be endlessly frustrated. Our neighbors care what other people think. If you live in an area where support for the lockdowns is widespread, your neighbor will likely go along. Remember, the more nuanced an issue is, and the more critical the problem, the more the desire to conform goes up.

We are living through both a pandemic and a contagious madness of global proportions.

Politicians who led us down this destructive lockdown path won’t be changing their view until their “solution” is politically untenable.

In his conclusion to The Road to Serfdom, Hayek warns, “We shall not grow wiser before we learn that much that we have done was very foolish.” To grow wiser, we first need to “free ourselves” from a mindset that obscures our errors. We will continue to make errors as long as we continue to believe “what we have done in the recent past was all either wise or inevitable.”

We have become a nation of professional victims. We are not victimized by the coronavirus or by politicians and “experts.” We are victims of our choice to conform in support of their policies. Stephen Covey has observed, “It’s easy to take responsibility for the good things in our lives, but the real test comes when things aren’t going well.”

Today, we can take responsibility for changing our minds. We are each 100 percent responsible for how we choose to interpret our experience of life. In her timeless book, The Discovery of Freedom Rose Wilder Lane explained why some prefer to turn over responsibility to authority. When something goes wrong, they proclaim I am an innocent victim of forces beyond my control. Pretending we are innocent is a steep price we pay for losing our freedom.

Writes Mackay, “Men, it has been well said, think in herds; it will be seen that they go mad in herds, while they only recover their senses slowly, one by one.”

When we choose to see beyond the “we have no choice” mindset, limitless solutions will begin to come into view. The future of America depends, not upon bailouts or a fast-tracked vaccine, but upon individuals choosing to recover their senses.