Fear and Freedom Are Always Enemies 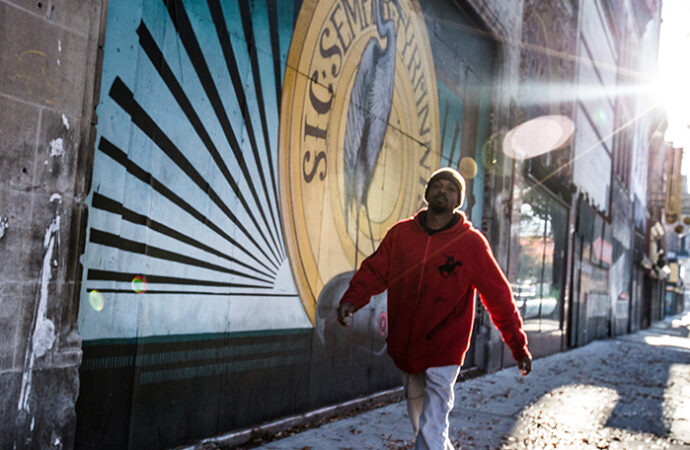 The motto of the state of Virginia is Sic Semper Tyrannis, or “Thus always to tyrants.” The great seal of this state depicts a prostrate tyrant under the heel of Virtus, the goddess of virtue.

Given our present situation, I propose we adapt a new motto and seal: a pen-waving politician crushing Virtus with the words Sic Semper Libertati, or “Thus always to liberty.”

Democratic Governor Ralph Northam has shut down Virginia with his “stay-at-home” orders, banning all public gatherings, including church services, and shuttering “non-essential” local businesses, many of which will never reopen. This ban extends until June 10, which, as circumstances would have it, is the day after the Republican primary. This is the same governor who advocated allowing abortions at any time during a pregnancy and who tried to institute severe gun control laws.

This is now also the governor who has seized power, trampled the Constitution, and crowned himself king.

Remember all those people who thought Donald Trump would bring fascism to America? Come to Virginia, folks, and you’ll see fascism in action.

But some Virginians kick back.

One of the finest pieces I have read on the coronavirus and its threat to our freedom appeared in my hometown newspaper The Royal Examiner as a “Letter to the Editor,” Front Royal attorney Scott Lloyd takes Northam to task for his draconian attack on Virginia’s economy and liberties.

His orders ban both public and private gatherings of more than ten people and ban leaving the house except for certain approved purposes. He makes violations of these orders punishable by fines and jail time. In doing so, he exempts some gatherings from the decrees, declaring them ‘essential.’ While his list of ‘essential’ activities includes the operations of the media and the government, it does not include religious services.

Virginia is now living in a strange reality where, by two strokes of his pen, the governor has essentially criminalized the everyday life of Virginians. Work, family gatherings, education, graduations, and the worship of Almighty God, could get you fined or thrown in jail. Virginians should think long and hard about that.

As Lloyd informs us, these orders are not only overkill – all of us now understand social distancing – but they are also likely unconstitutional under the Virginia Bill of Rights and the U.S. Constitution.

“The most a government that respects its constitutional limitations can do,” Lloyd writes, “is offer a strong recommendation, back it up with compelling arguments grounded in the best learning on the topic, and repeat it.”

In this time of pandemic, all of us, not just Virginians like Lloyd, should be asking some serious questions.

Do our national and state constitutions allow public officials to issue such dictatorial proscriptions?

What do these orders say about politicians’ confidence in their constituents? Are they out to protect us, or do they simply believe we are too ignorant to take proper precautions?

When this crisis dies away, what powers will the government retain?

What about future pandemics? Let’s say in two more years we’re hit with some other disease. Are we going to close up shop again?

Finally, just how important is liberty to us? So far, most Americans have docilely accepted the dictates of government. What message does this send to the government?

In a recent column, a furious Wayne Allyn Root writes about the devastation done to our economy by these dictatorial policies and recommends that instead of just spouting coronavirus statistics on the news, our media should say how many businesses have closed, how many people’s dreams have been shattered, and how many people have committed suicide.

Our current policies may similarly destroy our liberties. Governments of all types use crises to expand their authority. When some refer to our current situation as the “new norm,” you can bet your bottom dollar they’re looking to grab power. Given our present circumstances, the next time there’s a mass shooting in Virginia, what’s to stop the governor from closing all gun stores, citing “public safety”? The next time citizens gather in Richmond to protest the governor’s policies, what’s to stop him from banning that protest?

Some of us found it ridiculous when a lone paddle boarder in the Pacific Ocean was arrested for not social distancing. When the police led that man away in handcuffs, a tiny bit of our liberty disappeared.

As Lloyd reminds us in his article, our Constitution “does not guarantee us perfect health or freedom from disease; it guarantees us liberty.”

The unknown begets anxiety and trepidation. All of us are sailing on uncharted seas, and the great uncertainty of where we are headed has roused apprehension and fear among Americans.

The panic brought on by the coronavirus is understandable, but as we journey forward, let us bear in mind that fear is the thief of freedom.