China May Be Using COVID to Its Advantage 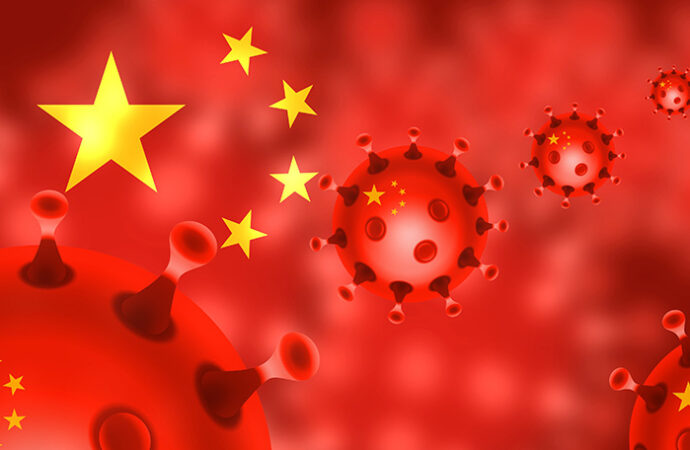 Can it be that after systematically lying to the world for months about the Wuhan coronavirus – about its existence, about its transmission, about its lethality – that the Chinese Communist Party (CCP) thinks it can turn this worldwide pandemic to its advantage?

Yes. And here’s how.

First, China has to rewrite its role in the virus’s emergence, “[portraying] itself not as the country that allowed the coronavirus to spread unchecked for weeks but as the country that has defeated the virus and is now on hand to save the rest of the world.” The Chinese plan to do that by using propaganda and social media to muddy the waters as to the origins of the virus, and then to claim that China made heroic sacrifices early on to buy time for the rest of the world.

In this, they have willing accomplices. The World Health Organization, still taking its multi-generational victory lap for having conquered smallpox, eagerly parroted China’s lies, even as it was denied access to the virus epicenter. It continues to do the party’s bidding on Taiwan.

In the West, our manias and blind spots about race and “othering” help to squash discussion of practices that facilitate viruses jumping from other species to humans, like bat soup and wet markets. And by now, the Chinese government has every incentive to let the markets go on, since shutting them down would be a tacit admission of their culpability.

Now, having allegedly conquered the virus, China stands ready to donate massive quantities of equipment, and to organize the global pharmaceutical effort to create both treatments and a vaccine. As the United States struggles with its own medical supply chain, China will try to fill America’s traditional role in helping other countries during a natural disaster.

Admittedly, all of that would be more persuasive if Czechia, Spain, Turkey, and the Netherlands hadn’t discovered hundreds of thousands of defective masks and tests.

Further, the CCP seems to think that the economics of the Wuhan virus work in its favor. As the rest of the world – except Sweden, it seems – shuts down, China’s recovery has begun. British ad giant WPP reports that organic sales there are down 16 percent, but rebounding, and down less than the 35 percent that had been anticipated.

Rumors of a resurgent virus in other parts of the country aside, if China ends up ahead of the curve on the recovery, it will be in a position to buy up overseas assets while those countries are still selling at distressed prices. China could end up with productive assets, rather than simply flipping distressed real estate, as so many Western investment firms did earlier in the year when the shoe was on the other foot.

The virus and its stress on the hospital system has made us painfully aware of our dependence on China for key supplies such as surgical masks and antibiotics. Such a move might also forestall a move to reposition critical supply chain operations out of China or even back to the United States. Even given that the FDA continues to make production of these items ridiculously difficult at home, there are plenty of countries outside of China that could do that work.

But Chinese ownership of those facilities would nullify that option: the CCP could either prevent the move or end up controlling the production, anyway. Rather than the Wuhan virus circumscribing China, it could end up accelerating its long-game plan to force the rest of the world economy into its orbit.

Even if we were able to move pharmaceutical and medical manufacturing back on-shore, we would quickly be vulnerable again without a massive, Manhattan Project-like in next-generation tech.

As Josef Stalin noted at the Tehran Conference in 1943, World War II was a war of machines; the United States was lucky to have Henry Kaiser producing Liberty Ships and Henry Ford producing bombers. The next war will be a war of computing power – artificial intelligence, quantum communication, and quantum computing. Unless we bring chip manufacturing back to the United States, we’ll rapidly find ourselves dependent on Chinese drug discovery. The same goes for just about every other critical industry. Since China already has a lead on us in those areas, it can afford to tread water on the existing supply chain, if it chooses to.

Unfortunately, it won’t be that easy.