China Increasingly Controls Information as It Slides Deeper Into Authoritarianism 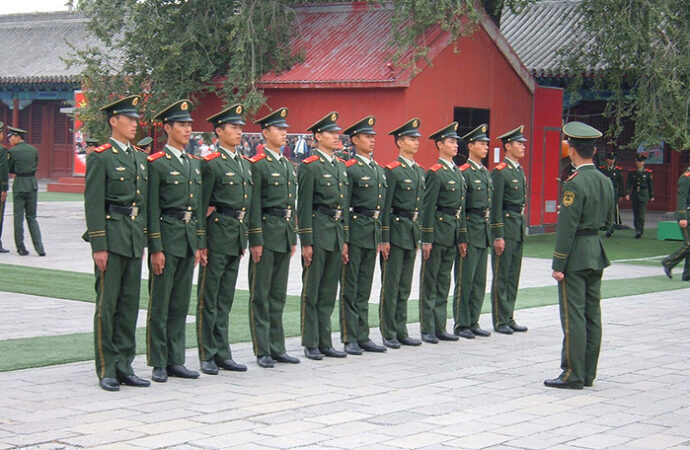 Recent revelations about the depth and consequences of China’s suppression of information in the early days of the COVID-19 pandemic should shine a light on the nature of the country’s regime.

China’s communist government has been tyrannical for more than 70 years, but perhaps surprising to some, it actually has become more authoritarian in recent years.

Yes, China has eased up on its command-and-control style of economic planning, which has made the country much wealthier. However, it increasingly commits heinous human rights abuses and works to tightly control the flow of information domestically and internationally.

This has had enormous implications during the COVID-19 pandemic. Without question, the Chinese government stifled information about the new coronavirus in the earliest days of its emergence in Wuhan, China, and exposed the world to a deadly contagion.

Not only that, but China continues to make it difficult to outside observers to know exactly what has happened and what is happening with COVID-19 in its country of origin.

This is not how a “normal” country behaves. And if anything, it demonstrates the fact that while the Chinese Communist Party is totalitarian, it’s inherently weak and unable to withstand its practices being scrutinized in broad daylight.

The regime clearly saw this in the wake of the SARS outbreak of 2003, a time in which China actually had a freer media environment.

It followed the SARS calamity by implementing more controls on Chinese society, especially news media and social media. China’s growing wealth enabled it, perhaps counterintuitively to some, to do this more effectively.

“The government has tightened its grip on the internet, the media, and civil society. It has deeper pockets and a greater ability to control the flow of information across the country,” columnist Li Yuan wrote in The New York Times, explaining how China changed after the SARS outbreak. “As a result, many of the media outlets, advocacy groups, activists and others who held the government accountable in 2003 have been silenced or sidelined.”

The Chinese government raided newspapers and effectively shut down any researchers or news reporters who dared contradict official Chinese policy. During the COVID-19 pandemic, China was even more prepared to shut down the press.

In mid-March, China expelled journalists from The New York Times, The Washington Post, and The Wall Street Journal after the Trump administration put limits on China’s state-backed media in the U.S.

The result of the media crackdowns and expulsion of outside journalists is that it’s increasingly impossible to determine what exactly is going on inside the world’s most populous country.

It should go without saying that China’s official numbers regarding COVID-19, whether total cases or deaths, especially when used in comparison to the U.S., should be taken with a huge heap of salt.

Unfortunately, some American publications and journalists are too busy trying to make President Donald Trump look bad rather than remaining skeptical of an authoritarian regime.

Add this to the extensive list of reasons Americans have lost faith in their own media, which is blessed with the enormous protection of the First Amendment and the Constitution.

This, however, is hardly an indictment of our own system of press freedom, far from it.

After all, in America, one doesn’t have to listen to CNN or read The New York Times. A free people may judge for themselves what is true and false. This is a right not extended to the people of China, who have little choice but to be force-fed a steady diet of propaganda and lies from the time they are born to the time they die.

Freedom of speech and the press are essential to a free society because it allows us to pursue the truth. As chaotic as that process of finding the truth may be, and as many dead ends as we inevitably will run into, it’s the truth that makes us strong and the authoritarians weak.

This COVID-19 pandemic has revealed that China’s communist regime is utterly at war with the truth and incapable of allowing a sliver of doubt about its inept and perhaps even nefarious response.

The world mostly has been too busy dealing with China’s mess to turn its attention to this looming threat, this relic of the Cold War.

But that may be changing.

It’s noteworthy that Taiwan, a country close to China and used to dealing with the Chinese Communist Party’s lies and dysfunction, was perhaps best prepared to respond to the pandemic. (China, of course, regards the island nation of Taiwan as a breakaway province.)

Despite China’s efforts to pull the wool over the eyes of its own people and the world, it’s impossible for all but the most sycophantic, indoctrinated, and deluded to ignore that the CCP created and exacerbated this global crisis.