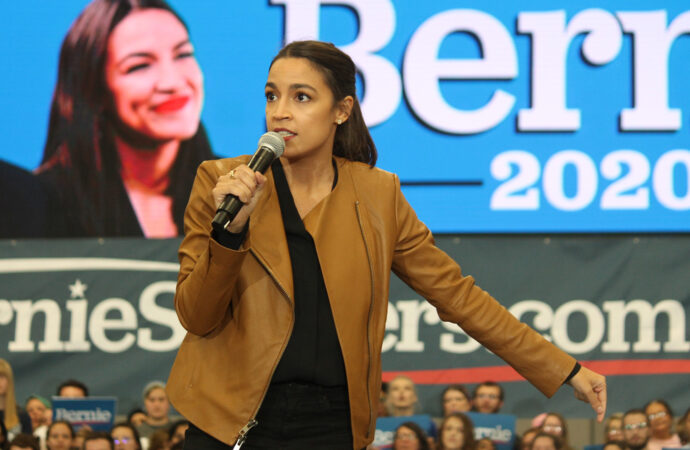 Is a pandemic, like other crises, a terrible thing to waste?

For progressives, it looks like a golden opportunity to outlaw Americans’ private health insurance and create a single-payer system of national health insurance for every legal or illegal resident in every nook and cranny of the country.

Take it from the irrepressible Rep. Alexandria Ocasio-Cortez, D-N.Y., who says the United States should quickly extend “Medicare/Medicaid coverage to all.”

Not a moment to lose.

For Sen. Bernie Sanders, I-Vt., enacting his comprehensive “Medicare for All” legislation (S. 1129) is taking on a new urgency.

“Health care is a human right, period,” Sanders said. “So let me be clear: It has never been more important to finally guarantee health care as a human right by passing Medicare for All.”

Dr. Adam Gaffney, president of Physicians for a National Health Program, says: “Only Medicare for All would eliminate the financial barriers to care and ensure that everyone in America can get the care they need when they need it.”

Although the progressive faith in government central planning is unshakeable, particularly among the majority of House Democrats sponsoring Medicare for All, the faithful should take a moment, catch a breath, and get a little peek at the empirical evidence.

Researchers at the University of Toronto, however, estimate that the Canadian coronavirus infections could spread rapidly, reaching anywhere from 35 percent to 70 percent of the nation’s population.

With a long-established single-payer health system, the question is this: Is Canada ready to cope?  No.

According to The National Post, Canadian doctors in Alberta already are complaining of a “lack of forward thinking” and “poor communication” in Canada’s emergency planning. This includes a critical shortage of crucial medical supplies to cope with a large-scale pandemic.

And Canadian hospitals, which already have some of the worst waiting times in the developed world, are operating at capacity.

Exhibit B: Great Britain. The U.K. is the home of the National Health Service, the most well-established (since 1948) single- payer health care system in the developed world.

A large administrative system, the NHS provides all of the goodies on the progressive wish list: government-controlled universal coverage, “free care” at the point of service, global budgeting for hospitals and other medical services, and an agency (the National Institute for Clinical Effectiveness or NICE, no kidding) to permit or deny patients drugs and medical technologies on the basis of their “cost-effectiveness.”

So, is Britain ready for the COVID-19 pandemic?  Well, not according to British doctors. The Guardian, a left-leaning U.K. newspaper, reported that in a survey of 1,600 British doctors, only eight said that the National Health Service is ready to cope with the pandemic.

Of course, that’s no surprise to anyone familiar with British health policy trends in recent years. The NHS suffers from a shortage of 10,000 doctors and has 43,000 nurse vacancies. The system already is understaffed and struggling to meet current demands for medical services, even for British patients who are critically ill.

Thus, The Guardian reported: “The NHS is already struggling to meet the existing need for care and so would not be able to cope with a sudden large increase in demand linked to COVID-19.”

The problem, of course, is that a fair number of those infected with COVID-19 are bound to get very sick and require hospitalization.  Britain already has more than 4.5 million citizens awaiting hospitalization – a long waiting list for an entire population where access to care is a legal right.

And among those who require hospitalization, it is estimated that about 1 in 5 patients may need to be admitted to an intensive care unit to be treated for their condition. That poses yet another problem: Britain ranks 24th out of 31 nations in ICU capacity.

Concerning an upsurge in British viral infections, the problems that may confront the National Health Service are hardly new. They seem to be a recurrent feature of the British single-payer system.

American health care has well-known flaws. However, the progressives’ faith that total government control (congressional control) over health care financing and delivery should be chastened by the British and Canadian experience, where single payer is the law of both lands.

Devout adherents to the Party of Science might take some time to check out the facts.