Why Every Leader Should Challenge the Status Quo 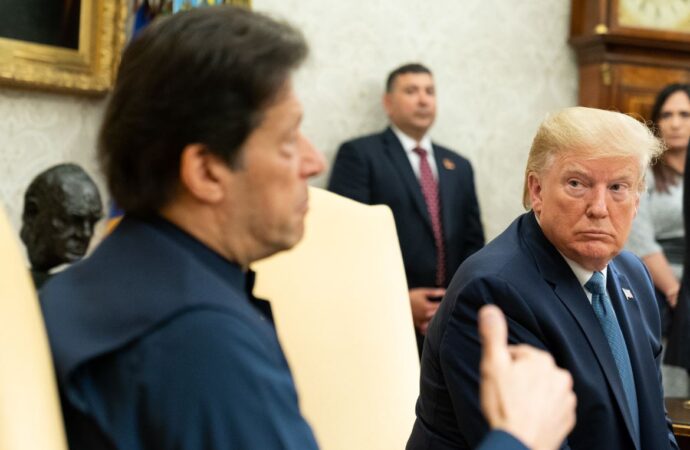 The last few years have seen many people across the political spectrum wondering why the American people elected a man like Donald Trump. He’s rude, arrogant, and any number of other things. How could Americans be duped into choosing such a president?

There are many ways to answer that question. However, one reason seems to continually rise to the top: Donald Trump is an outsider.

“The Deep State,” Christopher Roach explains in the March issue of Chronicles: A Magazine of American Culture, “has worked to maintain the U.S. as the world’s most powerful country, has actively prevented the rise of competing powers, and has used its power to mold other countries’ internal affairs to resemble the culture and institutions of the U.S.”

Roach goes on to say that the Deep State’s “governing philosophy is sometimes called the New World Order” and is “very expensive [and] leads to a lot of conflict.”

But what happens when someone outside the Deep State – i.e. Trump – comes into the White House? A look back over the last few years shows that strife is the natural outgrowth.

As Roach explains, Trump does not roll over and play dead when it comes to working with established members of government:

CNN recently aired a report involving Susan Gordan, who resigned from her position as Deputy Director of National Intelligence over the summer after being passed over for promotion. According to CNN:’

One of President Donald Trump’s most common responses to intelligence briefings is to doubt what he’s being told, former Deputy Director of Intelligence Susan Gordon said Tuesday.…Trump had two typical responses to briefings. “One, ‘I don’t think that’s true,'” Gordon told the Women’s Foreign Policy Group.… “and the other is the second order and third order effects. ‘Why is that true? Why are we there? Why is this what you believe? Why do we do that?’ Those sorts of things.”‘

The CNN report and Gordon’s implicit criticism of Trump is rather telling. The ruling class sounds exasperated that the president would not simply go along with the Intelligence Community’s conclusions about the facts, nor follow their recommendations. With Syria in particular, it turns out Trump’s more general skepticism was well warranted.

That skepticism toward bureaucratic advisors is likely what voters from Middle America love about Trump. It’s also a completely different attitude than that demonstrated by Trump’s predecessor, President Obama.

“Obama,” Roach says, “was the perfectly compliant figurehead, neatly accepting the limited options presented to him and marking off boxes without Trump’s insouciant skepticism. His suave, superficially intellectual style was the perfect camouflage for the Deep State and its prerogatives.”

In reading this, it struck me that Trump is the exact opposite of what today’s education system labels as a “good student.” As John Taylor Gatto explains so well in Dumbing Us Down, a major aim of public schools is “intellectual dependency.” Students who are intellectually dependent wait for “a teacher to tell them what to do.” They think as the teacher tells them, “with a minimum of resistance and a decent show of enthusiasm.” “Bad” students, on the other hand, push back when they are told what to think.

What if the unelected bureaucracy has become like the nation’s education system – individuals who know just what to say, do, and think in order to uphold the status quo? Are they the ones who do the real ruling, directing elected figureheads how to decide important matters?

If that’s the case, then perhaps it’s no surprise that those in the ruling class despise Trump, while those outside it continue to support him.

Putting Trump aside for a moment, is this a principle we can take to heart regardless of the political candidate in office? Perhaps the American people recognize and appreciate when a leader is an independent thinker, not ready or willing to be bossed by unelected bureaucrats. Perhaps they appreciate people who examine the facts and buck the status quo if necessary.

Taking that thought one step further: In order to get leaders who are intellectually independent, must not we, the voters, mold ourselves in the same vein? If we depend on media, politicians, or other figureheads to tell us which candidate to vote for instead of researching and looking at the facts on our own, then what right do we have to complain when we get leaders who check the boxes and go through the motions of being good members of the managerial elite?