The Rule of Our Sophisticated Suckers 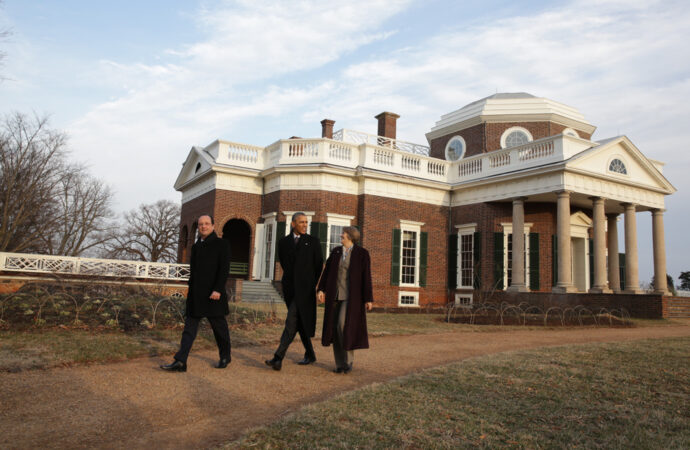 “There’s a sucker born every minute,” said P. T. Barnum, expressing, without intending it, the soul of modernist movements in the arts.

Donald Trump recently outraged what has been called, without any sense of irony or hyperbole, “the architectural community,” with a directive preferring the federal style for new public buildings in Washington, D.C. That is the style that dictators love, said the modernist architects and their cheerleaders in the press, forgetting that it was a style beloved in democratic Athens, republican Rome, the newly federated Italy of the nineteenth century, parliamentarian Britain, and the United States herself. Or are we to believe that Mount Vernon and Monticello were the retreats of dictators?

It was a fine case of psychological projection. Ordinary people are fond of those styles that broadly fit in the category of the classical. That is because ordinary people like orderly things, whether they are as simple as a Cape Cod house or a small church with a single steeple, or as grand as the Parthenon or the Capitol itself. No ordinary person would build the modernist cathedral in Brasilia, which looks like the calcified skeleton of an anemone from an alien world, or Cooper Square at Cooper Union, which looks as if it were melting and sagging and about to smother everyone inside it. When an ordinary child draws a house, it isn’t a box he sees, but a kind of face, fit for creatures like him. He does not want to live in a parking garage.

Of course, dictators can have good taste in architecture: Pisistratus, Augustus, Napoleon. But modernism requires the might of political, economic, or institutional power, for enforcement. Had the people who were going to live in it been consulted, the hideously inhuman Pruitt-Igoe apartment complexes in St. Louis would never have been built. Ordinary people who still loved English poetry favored Robert Frost, writing in meter, and never warmed up to the free-verse experimenters that the powers in academe insisted they should adore. People do not hang up on their walls Marcel Duchamp’s “Nude Descending a Staircase,” despite its interesting freeze-frame mechanics, because they do not care to have needles thrust into their eyeballs.

I don’t mean, either, to suggest that a healthy human being will have good taste in art. Plenty of fourth-rate Raphaels have decorated Catholic churches with their Madonnas, and many a draggy and sentimental hymn, “How Great Thou Art,” for example, is taken to dance while nobler works sit at the wall and wait. But ordinary poor taste tends to what is too precious and pretty, or sometimes to what is homely in an honest and straightforward way. It is incomplete or untaught. It is not vitiated. The man whose eyes grow misty as he sings “Santa Lucia” will thrill with awe to hear Pavarotti sing “Nessun Dorma.” The woman with the many-colored plaster saint on her bedroom dresser will hardly know what to say when she sees the young Michelangelo’s “Pieta.”

Modernist art and architecture, priding itself on scorn for nature and for natural human desires, must be forced upon a society, and so, despite its rhetoric of revolution and liberation, it partakes of the diktat or the swindle. “You will like this,” it says, “because it is for your own good, although you are too stupid to see it.” You must suffer buildings like the brutalist concentration center for the FBI in Washington, a thing that President Trump has called out for its ugliness, because it is a massive thing bespeaking power. It is for your own good, and you have no more authority to reject it than you would have to tell the glass-eyed officers at your door to get lost.

Some people, however, do not have to be cowed into submission. They are the suckers of the age. Julien Benda thought that the intellectuals who went along for the totalitarian ride were vicious: le trahison des clercs, he called it. But they were better and worse than traitors. W. E. B. DuBois really did believe that Stalin was the herald of a better age, and it wasn’t that DuBois had betrayed his principles. DuBois, as intelligent and learned as he was, was a modernist sucker. John Cage “writes” his 4’33”, for which somebody dressed up as a pianist sits at the instrument and does absolutely nothing, in three movements, and people who doubtless have too much money to spend and who have taken a course in modern music at the local university erupt into applause.

“Ain’t he a-going to play that thing a-tall?” asks Billy, fresh to the big city from Tennessee.

“Ignorant redneck,” sniffs the urban sophisticate. He and not Billy is the sucker.

The modernist university itself is for the servile and the suckers. I am speaking in a general sense here, but it is often illuminating to perform a simple thought experiment, what I call imaginative isolation.

Take the Emperor from Andersen’s justly famous fable. Separate him from the mutually reinforcing cravenness of the crowds around him. Put him in your living room. You say, “Sir, get some clothes on!” You are not fooled for a moment.

Take the feminist peddling a course in Aboriginal Women in America. Put her in a booth, and let her wares include transcripts of her railing against “the patriarchy.” Make the price tag clear: $4,000. Who signs up for that? Even liberal women will not be fooled.

Take the sociologist peddling a course in the politics of resentment. Put him on a stool at the local diner, and have him try to persuade a single human being, male or female, old or young, to write out a check for that same $4,000, so that he can try to make them as miserable and angry as he is. No one writes that check.

The university can do what it does because it collects the tolls on the only bridge over the river: it functions as a cartel, a monopolist, a protection racket. Plenty of people would not be fooled by the college swindle if they were alone, but they catch the swindle by social contagion, they grow proud of the swindle, and they go on to swindle others in turn. The same kind of swindle is in play whenever we find a “community,” meaning “cabal,” pressing for something that the swindlers’ own fellows, within living memory, would have considered ugly, unnatural, foolish, blasphemous, or unfit for a free and virtuous people. I trust that the reader can fill in the specifics.