Reexamining Free Trade Through the Lens of Coronavirus 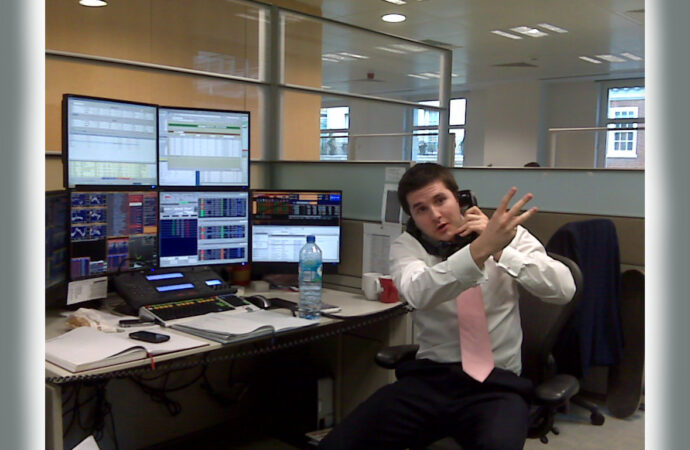 Free markets are notable for their efficiency. Over the course of time, they reward greater specialization that yields more production at a lower expense. Markets gave us the assembly line, overnight delivery, and lower prices for necessities like food and clothing.

Appeals to efficiency also figure prominently in the defense of free trade. This is described as the principle of comparative advantage. Just as domestic specialization yields efficiency, specialization also increases aggregate output when countries trade with one another.

The logic of comparative advantage encourages each person, each firm, and each nation to focus on those things that each one can do better, more cheaply, and, thus, more efficiently than others. At the same time, it requires every participant to rely on others to obtain the items in which they don’t specialize.

One aspect of the incredible efficiency of markets is less slack in the system. The “just in time” inventory control system leaves less capital idle, when otherwise it would be tied up as unsold inventory. Such a system depends upon reliable and predictable schedules of manufacture and delivery by suppliers to operate. Everything is interdependent and interconnected in the quest for maximum efficiency. When everything works, the system accomplishes wonders. It’s the reason you can get fresh seafood in Iowa and deliver an overnight package to Alaska.

Efficiency, however, is not the only valuable thing in life.

There is value in resilience and redundancy. The products of markets, like computers and office copiers, break down or become virus-infected regularly. There is, after all, an optimal rate of defects.

At the same time, things like the power grid and telephone service are rarely down. They are not the product of market forces, but arise from regulated industries, where standards of service are regulated by tariffs and providers are regulated monopolies. Healthcare, too, has at least some of this quality; subsidized public hospitals exist to serve the broad healthcare needs of the community, including public health services like tracking and reducing the spread of communicable disease.

In other words, there are times in life we don’t want maximum efficiency. Whether it is the fire department, the power grid, or something else critical, there is value in redundancy, excess capacity, and a priority on universal and reliable service.

The risks of maximum efficiency were very apparent in the 2008 economic crisis. Financial markets, housing, and global trade were all aligned and interconnected. Harm in one area led to a cascading series of losses that nearly destroyed financial markets and caused a long, deep, and painful recession.

What happened in the United States and Europe ended up dragging down China and the rest of the world. Maximum leverage meant maximum exposure to changed circumstances. Both for individuals and nations, at least one lesson of the crisis was the value of being anti-fragile, robust, hedged or, on other words, inefficient but sturdy.

The fragility of our highly coupled free trade regime is apparent with the emergence of the coronavirus. One consequence of the last 20 years of globalization, particularly the replacement of American manufacturing with outsourcing to China, is that many essential goods are now only made in China. These necessary goods include essential drugs, rare earth minerals, and, in some cases, electronics that our defense industry relies upon.

One would think the most obvious step to address a geographically localized communicable disease – like coronavirus – would be to quarantine the source nation and also to forbid travel from possible carriers. This, however, is not a low-cost solution in the age of global trade. Even if we could stop the people, the various things they build, touch, pack, and ship will still make it here.

If America took a hard line, what would we do if China decided not to export Tamiflu, which is only made in China? Or some mineral essential for, say, a smart bomb’s laser-guidance system? Even with these risks, such measures may be the best course of action, but the nature of our trade regime guarantees that they will be very costly.

It does not have to be this way. While efficiency and trade both have significant benefits, they are not the only relevant economic goods. There is obvious value, both from a merely economic standpoint and from the perspective of national security, for resilience, along with the independence that it assures.

The Virtue of Prudence

This is one reason public policy exists: to correct behavior that may be individually beneficial, but collectively harmful.

Something like antitrust laws, for example, ensures that consumers are not dependent on a single source for anything. Similarly, tariffs have long been justified to protect “essential industries,” particularly those related to defense. Even the free-trade theorist Adam Smith recognized, “it will generally be advantageous to lay some burden upon foreign, for the encouragement of domestic industry . . . when some particular sort of industry is necessary for the defence of the country.”

While both tariffs and antitrust laws have long been bugaboos to the economically libertarian Conservatism, Inc. types, these are actually good policies. Both express the essentially conservative instincts of prudence, skepticism, and the importance of national sovereignty. A system that engenders too much dependency on one company or a single (and sometimes hostile) foreign nation is a recipe for fragility.

Naturally, the alternative means marginally greater expense to produce domestically. But the false sense of efficiency created by dependence on foreign trade becomes acutely apparent during a crisis, such as the recent coronavirus epidemic.

At the moment, it is hard to say how serious this virus is or will become. Investors with skin in the game seem to think it will be serious. And the Chinese themselves have shown that they do not think this is a trifling matter, locking down cities of millions in their fight against it. It may be ultimately modest in impact, like the 2003 SARS scare, or it could possibly rival the Spanish influenza epidemic of 1918. No one knows yet.

An Opportunity For Reform

Like natural disasters and the 2008 economic crisis, this unknown but frightening set of risks may give us an incentive to get our house in order. America should not depend entirely on foreign sources for anything other than luxuries, and it should seek resiliency, rather than mere efficiency, for critical needs like manufactured goods, healthcare supplies, and defense equipment.

President Trump’s message so far is reminiscent of George W. Bush, who incongruously urged Americans to “get out and shop” after the 9/11 attacks. While it is natural to forestall panic and to begrudge a stock market meltdown as an election approaches, nothing short of an effective public health response will stop this slide.

The president should revisit and more acutely pronounce one of his major concerns from the 2016 election. Stricter border controls and more extensive tariffs on China would make sense so that domestic industries have an incentive to start making antibiotics and electronics at home that have been negligently outsourced to a rival foreign power.

Dependence on China and other foreign nations renders us unsafe and subjects us to their demands. Even in the absence of any threats, such interdependence will drag us down whenever these “partners” experience misfortunes. Trump should remember the themes of his campaign and his earlier brinksmanship with China on tariffs. America can’t be great again until it restores its economic independence.