On Netflix’s Love is Blind, Mistaken Ideas Are the Villains 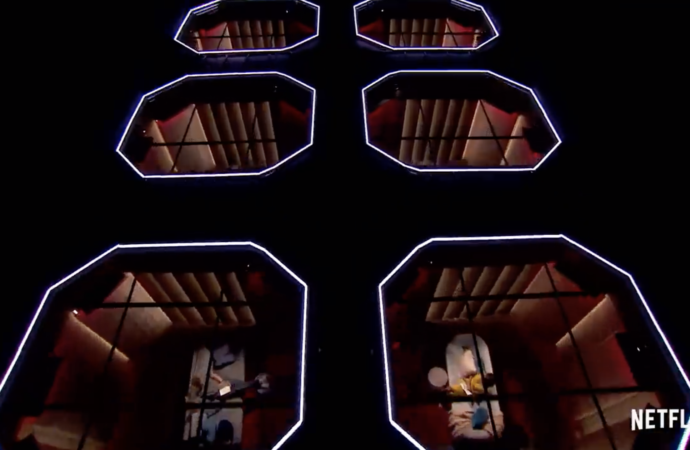 Like millions of others, I couldn’t look away from Netflix’s smash-hit reality show Love is Blind. The contestants were looking for love, but most seemed to hold mistaken beliefs about the nature of love.

With their attention riveted on who would make them happy and fulfill their needs, the contestants expressed their feelings:

You are the one who has the power to define my fate.

You were made in a factory put together for me.

He assured me that I will always make him happy, no matter what.

I’ve waited so long to find the perfect person.

I love the way he makes me feel.

Contestants endlessly dissected and measured both their feelings and those of their partner asking questions like, “Do you still feel the same way you did last night about me?”

With so many mistaken ideas about love, the resulting train wreck was not a surprise: One bride and two grooms were rejected at the altar.

Clinical psychologist Dr. Kelly Flanagan explains that feelings are not meant to be the control center in our lives:

Our wisdom—or heart or soul or true self or center or divine ground, depending upon your culture or tradition—is meant to be the control center within us. It’s the quiet space within us, which can calmly sort through all the chaotic data of life, including our feelings, and suggest the most optimal path forward. When we run our feelings through this control center, we’ll discover that some of our feelings actually arise from the wisdom itself, but others do not.

Flanagan adds, “Love arises from wisdom, but infatuation does not.”

In his classic book The Art of Loving, social psychologist Erich Fromm nails the mistaken idea about love: “Most people see the problem of love primarily as that of being loved, rather than that of loving, of one’s capacity to love.”

Fromm observes that many “are starved for [love]; they watch endless numbers of films about happy and unhappy love stories, they listen to hundreds of trashy songs about love.” As the old song goes, “Feelings, nothing more than feelings.”

The contestants, like many of us, were asking the wrong questions about marriage and love. Fromm writes, “Hardly anyone thinks that there is anything that needs to be learned about love.”

Could a fundamental shift in orientation from a focus on being loved to loving have improved the outcomes for the Love is Blind contestants?

Jessica, derisively referred to as the villainous Messica on social media, is a contestant who left Mark at the altar. Mark, some would have you believe, is a hero who valiantly tried to love but was rejected.

I saw it differently. Yes, Jessica mistreated Mark; she was not so secretly pining for another contestant, Matt Barnett. Yet, Mark treated Jessica badly as well.

Mark claimed he fell in love with Jessica instantly, “I loved you from the first time you said ‘hey.’”

Some thought Mark offered Jessica love, but all I heard him offer was guilt. Mark’s theme was, I’ve been so loving so why aren’t you reciprocating. “I put my heart out there, and someone reciprocated it and then ripped it out for no reason,” Mark whined.

To be sure, Mark was not the only person on the show victimized by their mistaken ideas.

Kelly left Kenny, the patient, and super nice guy, at the altar too. She too was still searching for better feelings when the season ended: “My feelings weren’t as intense as his are for me.”

Kenny might not have been Kelly’s person, but Kelly will never find someone who can permanently fill the void she feels. Gently, Kelly’s sister pointed out how many times feelings of infatuation led Kelly astray. As the show ended, Kelly still hadn’t learned the lesson about the nature of love.

Gianna, too, was continually taking her relationship temperature with Damien: “I lost my butterflies, and I’m trying to get them back.”

Barnett, portrayed as an affable bro who married Amber, had this expectation: “I want to make sure it’s going to be someone I’m going to be happy with forever.”

Fromm would say if you are loving, happiness will be your reward. If you are full of expectations, suffering will be your companion. If our well-being arises from what someone else does or says, dissatisfaction and conflict will be the result.

Before season two of Love is Blind is filmed, the producers might call in Dr. Flanagan to deliver a crash course on loving relationships. But then again, without conflict, the producers wouldn’t have a show.