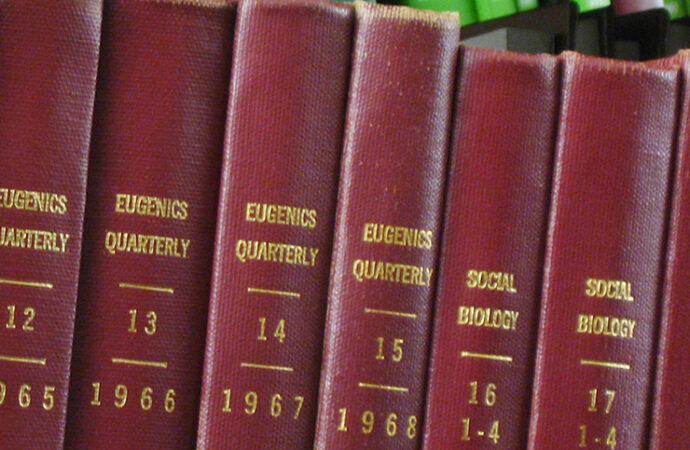 Economic Possibilities for our Grandchildren ranks among the best-known contributions in the economic writings of John Maynard Keynes. First prepared as a lecture for schoolchildren in 1928, the article predicted a coming age of leisure and economic abundance in the not-too-distant future. The economist’s century-long prophecy of a 15-hour work week, attained through scientific ordering of economic life, has provided inspiration for generations of progressive thinkers and politicians after him.

Keynes’s prediction prompted Rep. Alexandria Ocasio-Cortez’s recent Instagram blooper in which she mistook its author with a town on the outskirts of London. But the economist’s futuristic vision is also among the most frequently invoked reference points of progressive-leaning economic journalism, finding use in topics from automation to inequality to overwork to Universal Basic Income to climate change.

The essay’s rhetorical power and optimism, even against the economic depression of its original 1930 publication date, has sustained its popular appeal, which in turn is often linked to the sweeping prescriptive philosophy of macroeconomic management that now bears Keynes’s name.

Yet Economic Possibilities is also famously cryptic about its prescriptive pathway to what he dubbed “our destination of economic bliss.” Keynes’s only guidance in the essay consists of counseling society’s mindfulness of four considerations:

“our power to control population, our determination to avoid wars and civil dissensions, our willingness to entrust to science the direction of those matters which are properly the concern of science, and the rate of accumulation as fixed by the margin between our production and our consumption; of which the last will easily look after itself, given the first three.”

The usual interpretation assumes a benevolent hand of scientific ordering to the scheme – of progressive-minded experts taming the chaotic throes of an unimpeded free market, and extending the benefits of wealth downward to those who would otherwise be excluded from societal abundance.

A closer examination of Keynes’s message, however, reveals a darker side to his vision that is subtly hinted at in the first guiding principle – the “power to control population.” Keynes’s futuristic vision also entailed a scientifically planned world of human heredity, ordered around a state policy of eugenics.

Similar hints of eugenic planning appear throughout Keynes’s short essays, including his famous 1926 essay “The End of Laissez-Faire.” Here the economist alluded to a coming time “when the community as a whole must pay attention to the innate quality as well as to the mere numbers of its future members.” But Keynes scholars have long downplayed this dimension of his work, or sought to separate it from his economic theorizing and recast it as a misguided product of its times.

In a new study by James Harrigan and myself published in the journal History of Political Economy, we uncovered the heretofore neglected origins of Economic Possibilities, including its four prescriptive principles. Drawing on unpublished archival sources, we contextualize the piece amid a multi-year dialogue between Keynes and the science fiction novelist H.G. Wells, centered upon the use of “scientific” expertise to shape and control human heredity. Among the more alarming findings is ample evidence that Keynes intended his foray into economic planning to carry a eugenic component.

Keynes himself hinted at this objective in 1931 when he republished Economic Possibilities in a self-edited collection of his articles, entitled Essays in Persuasion. He paired the famous essay with a second neglected piece under the book’s final section, entitled “The Future.” That second piece consisted of a supportive book review of The World of William Clissold, a rambling didactic novel by Wells that is otherwise considered among the most forgettable works in the writer’s canon.

In Wells’s novel the titular character William Clissold stands in for the author himself, and large portions of the text are devoted to articulating a futuristic social vision for society. Clissold appeals to the intellectual and scientific elites of society to deploy what he calls an “open conspiracy” for a progressive reordering of the world under the guidance of expertise. Prominent among this reordering are the same four conditions that Keynes lays out in Economic Possibilities, yet in Wells’s case his character also elaborates on their implications. Eugenic planning to regulate both the size and “quality” of the hereditary stock become prominent tools in the scientific state’s hands to deliver a promised future of abundance.

As we show in the article, Keynes’s shared interest in the same eugenic themes finds clear attestation in his own public and private interactions with Wells during this period. In addition to their correspondence and overlapping involvement in Britain’s eugenically-tinged birth control movement, the two intellectuals shared a stage at a forgotten dinner gathering where each explicitly laid out a case for hereditary planning.

On June 26, 1927, Keynes and Wells headlined a celebratory dinner of the Malthusian League to commemorate the fiftieth anniversary of the Bradlaugh-Besant trial of 1877 – a landmark case pertaining to attempted suppression of birth control literature. The organization came to play a leading role in the British eugenic movement of the early twentieth century, with Keynes and Wells both serving as prominent members in an honorific capacity. The dinner event also marked a midway point between Wells’s novel, published in 1926, and Economic Possibilities, drafted and delivered as a lecture by Keynes in early 1928.

Keynes’s remarks at the dinner survive and have never been published. Offered as a biographical toast to Thomas Malthus, they differentiated the “neo-Malthusian” aims of the society from its namesake based on the younger group’s willingness to deploy proactive contraception policies as a tool for population control. Yet Keynes also used the occasion to call attention to the demographic stabilization of Great Britain’s population after decades of rapid expansion. His remarks presaged a nearly identical observation that he would insert into Economic Possibilities about seven months later, and asked the open question of what they implied for the Malthusian League’s purpose.

Keynes’s answer contained a stunning elaboration on what lurked between the lines of Economic Possibilities:

“In my opinion the battle is now practically won – at least in this country. There are still some [illegible] to reduce. But the citadel is stormed. Within our own lifetime the population of this island will cease to increase and will probably diminish. Man has won the right to use the powerful weapon of the preventive check. But we shall do well to recognize that the weapon is not only a powerful one but a dangerous one. We are now faced with a greater problem, which will take centuries to solve. We have now to learn to use the weapon wisely and rightly. I believe that for the future the problem of population will emerge in the much greater problem of heredity and Eugenics. Mankind has taken into his own hands & out of the hands of nature the task and the duty of moulding his body and his soul to a pattern.”

A stricken line in Keynes’s handwritten notes from the speech reiterated his intended meaning for human heredity: “Quality must become the preoccupation.”

Even before this friendly audience, Keynes took cautions to guard his language around a subject that many considered inappropriate to openly discuss in polite society, as well as a political powder keg.

This explains why Keynes avoided elaborating on his eugenic prescription in Economic Possibilities, as well as his other economic writings. In fact, he privately admitted this discretion the day after the dinner in a letter to Julian Huxley, a prominent biologist and eugenic theorist in attendance. As Keynes wrote, “A little word-control wouldn’t have been out of place” – a likely reference to another Malthusian League co-presenter who spoke of using eugenic policy to tame the wild sexual desires of the natural world.

Yet Keynes plainly had such policies in mind himself, a point he reiterated with his defenses of Wells’s Clissold. Some years after the event he offered another candid concession to American birth control activist Margaret Sanger. Whereas Sanger sought his advice in developing her own advocacy of population control initiatives in the United States, Keynes confided in a 1936 letter that he had undergone a “certain shifting in my views” on the same subject. A previous advocate of population restrictions, he had since come to believe that “In most countries we have now passed definitely out of the phase of increasing population into that of declining population, and I feel that the emphasis on policy should be considerably changed.”

As to the shift, Keynes advised “much more with the emphasis on eugenics and much less on restriction [of population growth] as such.”

Several recent scholarly works have begun to call attention to the early twentieth century economics profession’s infatuation with eugenic theorizing, linking it to a close parallel to turn away from free markets toward an allegedly scientific management of economic affairs. Most of this work has focused on the American side of the profession though, with leading progressive economists including Richard T. Ely, John R. Commons, and Edward A. Ross blending their theories of state-managed economy with state-managed heredity.

We may also situate Keynes squarely in that same tradition, and for similar reasons of a shared enthusiasm for the scientific planning of human affairs. When considering Keynes’s prescriptive pathway to “economic bliss,” we must remain cognizant of what that planning entailed, and what it reveals about the pretensions of knowledge exhibited by those who claim the “scientific” mantle as a license to meddle in human affairs.