Is the US Too Dependent on China for Medical Supplies? 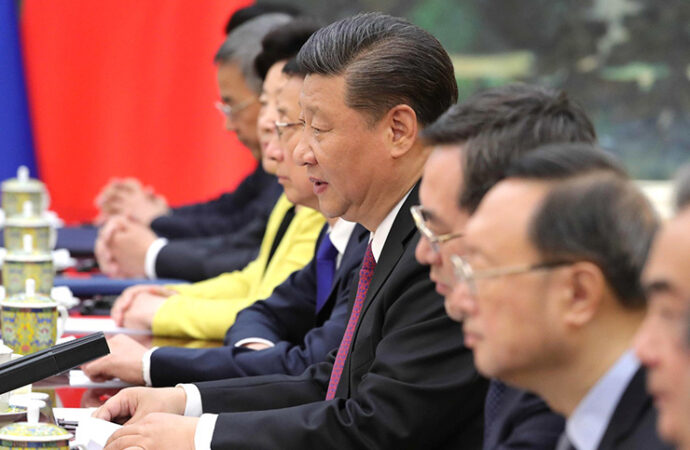 The COVID-19 coronavirus – which originated in Wuhan, China, and turned into a pandemic across the globe – should spur America to examine its options as it relates to China’s outsized role in this country’s medical supply chain, some experts say.

Amy Anderson, an assistant professor of nursing at Texas Christian University and the University of North Texas, told The Daily Signal in an email that the pandemic should compel public officials and others to work toward developing other sourcing options for medical supplies outside of China.

“With the shutdown of manufacturing during the height of the pandemic in China, and China and European nations reducing or eliminating exports on medical supplies needed in the pandemic, the U.S. must explore ways to incentivize U.S. manufacturers to quickly ramp up production and decrease our dependence on other countries so our front-line health care workers are protected and able to provide the best medical care possible,” said Anderson, a nurse and founder of the Global Nurse Consultants Alliance.

In the face of those concerns, President Donald Trump on Wednesday announced he would invoke the Defense Production Act, which would allow his administration to compel American manufacturing to speed up production of medical supplies in the U.S. that are running low due to the COVID-19 coronavirus pandemic.

The Defense Production Act was enacted in September 1950 at the beginning of the Korean War to increase the production of wartime materiel.

According to the Congressional Research Service, it “allowed the President, among other powers, to demand that manufacturers give priority to defense production, to requisition materials and property, to expand government and private defense production capacity, to ration consumer goods, to fix wage and price ceilings, [and] to force settlement of some labor disputes,” among other things.

Trump’s employment of the Defense Production Act is aimed at increasing production of items to help fight the coronavirus, including ventilators and surgical masks.

Meanwhile, 80 percent of America’s supply of antibiotics are made in China, according to the South China Morning Post, in an article reprinted by Politico.

Ed Haislmaier, an expert in health care policy and markets at The Heritage Foundation, told The Daily Signal in a phone interview that the situation is complicated.

“This is an issue that has to do primarily with generic drugs, and actually is a product of our success in terms of encouraging the development of new drugs and the conversion to generic, cheaper drugs,” Haislmaier told The Daily Signal.

He did note, however, that fair questions are being raised with regard to the extent and quality of oversight that the Food and Drug Administration has in places such as China.

“There are legitimate questions about whether or not FDA has enough resources to adequately monitor supplies and production in other countries,” Haislmaier said, adding:

“There were some issues of tainted products a year or so ago. And so the question is, well, do they inspect the factories frequently enough?

“That’s a fair question … but that’s an equally fair question whether the factory is in New Jersey or Puerto Rico or Ireland or … Guangdong in China or … outside of Delhi in India.”

“While I cannot specify exactly how much of our medical supply comes from China, it is clear that the current situation has given us very good reason to question our supply chain for medical goods,” Gross, a family-practice physician in Florida, told The Daily Signal in an email. “Not only do we need to question the ability for us to get supplies during a crisis, but we need to also question the integrity.”

He also said that when evaluating foreign producers of medical supplies, it’s important to take note of another major consideration.

“We also have to be concerned about the reliance of critical supplies from countries that may have hostile intentions, whether it is China or any other country,” Gross said, adding:

“Consider the corollary of the supply of oil and our relationship with oil-rich nations.

“Most concerning, however, is that about 20% of our generic medications are sourced out of China.

“This has led to many recent concerns about the safety of medications, particularly as many medications manufactured in China have been under recall due to safety concerns that predated the coronavirus pandemic.”

In 2018, for example, the FDA recalled valsartan, a blood pressure drug made in China that was tainted with cancer-causing chemicals.

The goal, Gross said, should be to explore options other than China when it comes to the manufacture of drugs and other medical supplies.

“The current situation should lead to a dialogue of whether we should be taking a nationalist approach to the health care supply chain,” he said.

[Image Credit: Office of the President of Russia, public domain]