Did Communism Make the East More Culturally Stable Than the West? 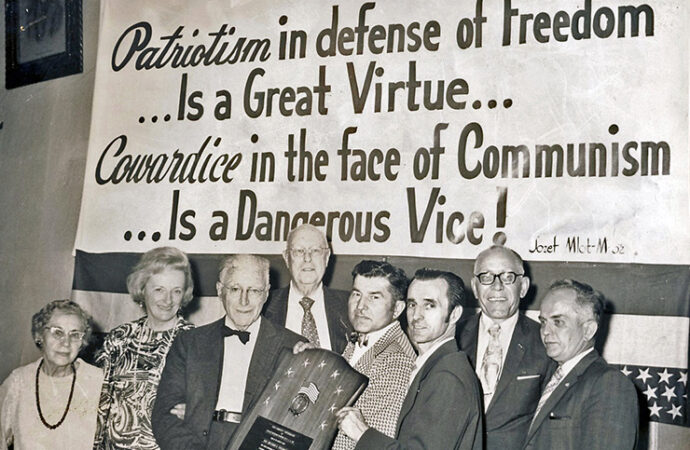 Communism is an oppressive totalitarian ideology that strips people of every aspect of liberty, attacks religious institutions, and has resulted in the death of over 100 million people through its sordid and bloody history.

With all the horrors that Communism has rained upon the globe, it’s hard to imagine it could bring any benefit to those living under it, except, perhaps, the dictators who use this ideology to justify genocide on the basis of class – or race, religion, and even gender.

But there may be an unintended gift to the countries in the former Eastern Bloc, especially in an age when cultural Marxism dominates political thought. That’s what writer Ian Henderson argues in the March issue of Chronicles: A Magazine of American Culture.

Stalin and his puppets were indeed mass murderers who created a spy state and gulag system to promote fiscally restrictive Marxism, Henderson explains. But they didn’t have the time or the ability to create were the socially Marxist policies currently supported by many, especially younger people, in the West today.

As Henderson describes it:

“While some Communists in the early 20th century supported these types of policies, they never really took root, as the dire economic and wartime environments these nations faced didn’t afford them the time to implement post-national, open-door immigration, hyper-feminist, or pro-homosexual agendas.”

Most Marxist student groups in America and Western Europe would be surprised at the social policies Joseph Stalin enforced.

“Stalin further initiated socially conservative policies to enhance social discipline and increase the Russian population via the promotion of strong family units and motherhood. He further outlawed homosexuality, placed restrictions on abortion and divorce, and shut down the short-lived Zhenotdel, a state-run organization set up by the Bolsheviks to promote a feminist agenda. The current Russian Communist Party echoes Stalin’s policies. It ardently supported the 2013 law outlawing the promotion of homosexuality in the Russian Federation.”

Promoting the nuclear family. Encouraging motherhood. Restricting abortion and divorce. Outlawing homosexuality and preventing feminist agendas? These are policies that today’s Marxists would regard with horror. In their minds, this kind of thinking belongs more to the retrograde degenerates of the American Republican party, not the liberating mind of Uncle Joe and the Soviet Politburo.

Henderson believes the West drifted away from its roots because of widespread societal fatigue. This fatigue stemmed from a near-constant state of warfare, along with a booming economy which lead young people to take prosperity for granted. The Eastern bloc, meanwhile, lived under the boot of Communist oppression. Suffering economically, its people also struggled to hang on to the religious and cultural elements that the ruling party wanted to scrub from the identity of Moscow and other cities.

While the Soviet focus on enforcing economic Marxism is understandable – at least from their perspective – it’s rather curious to see a group that so hated religion enforce traditional religious morals. Could it be, as Henderson suggests, that this unexpected support, coupled with appreciation for freedom that people went so long without under Communism, in fact created the perfect environment for 21st century Eastern Europeans to resist cultural Marxism? Is their appreciation and love of civilizational identity based on having it under threat for so long?

Eastern European countries are unafraid to defend their traditional lives and cultural identity. They are not afraid to protect their borders, their religion, their languages, and their people.

Meanwhile, the West takes for granted everything that has made it great so far. Henderson, and it is to be hoped many others, look with concern at the way we abandon our identities and seek to recreate our way of life to be less defined, less cohesive, less intellectual, and less free.