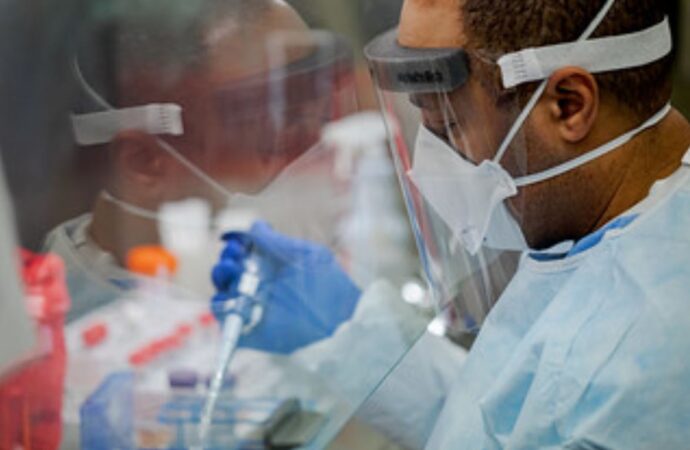 Given the spread of misinformation about Covid-19, Just Facts is providing a trove of rigorously documented facts about this disease and its impacts. These include some crucial facts that have been absent or misreported in much of the media’s coverage of this issue.

The U.S. Centers for Disease Control and Prevention emphasizes that “this is an emerging, rapidly evolving situation,” and as such, this article will be updated as new data becomes available.

On one hand, the facts show that:

On the other hand, Covid-19 is highly transmissible, which means it could spread like wildfire without extraordinary measures to contain it. This would greatly increase its death toll.

However, such precautionary measures often have economic and other impacts that can cost lives, and overreacting can ultimately kill more people than are saved.

Per the U.S. Centers for Disease Control and Prevention, a total of 7,038 people in the United States have been diagnosed with Covid-19 as of 4:00 PM EST on March 17, 2020. The U.S. population is 329 million people, which means that one out of every 47,000 people has been diagnosed with Covid-19. The disease is not equally dispersed throughout the nation, so this figure is higher in some areas and lower in others.

Also, the vast majority of people who contract Covid-19 experience only mild or no symptoms, and some of them may never be diagnosed. This means that the count of reported cases further understates the actual number of people who have been infected. A February 2020 study in the Journal of the American Medical Association based on data from China found that 81 percent of reported Covid-19 cases are “mild.” The true portion of such cases is even higher than this, for as the paper explains, there are “inherent difficulties in identifying and counting mild and asymptomatic cases.”

A rare case in which asymptomatic cases can be counted is the Diamond Princess cruise ship, since all passengers were tested for Covid-19. Among those who tested positive, 51 percent didn’t have symptoms when they were tested. The number of these people who later developed symptoms is currently unavailable.

Inversely, many people who were once infected are recovering. The upshot of this is that the number of people who are actively infected is lower than the total of reported and undiagnosed cases.

To put those figures in perspective:

In summary, deaths from Covid-19 are now 0.04 percent of the annual fatalities from some typical causes of untimely death, including the flu, overdoses, and accidents.

Initial media reports of a 2–3 percent mortality rate for Covid-19 are inflated, and the actual figure may be closer to that of the flu, which has averaged about 0.15 percent over the past nine years in the United States. A large degree of uncertainty surrounds this issue due to the same factor that prevents accurate counts of infections: unreported cases.

As explained by Dr. Brett Giroir – who has authored nearly 100 peer-reviewed scientific publications and serves as the Assistant Secretary for Health at the U.S. Department of Health and Human Services – the Covid-19 death rate is “lower than you heard probably in many reports” because the bulk of people who contract coronavirus don’t get seriously ill, and thus, many of them never get tested.

Giroir calls this a “denominator problem” because if you’re “not very ill, as most people are not, they do not get tested. They do not get counted in the denominator.” Giroir’s best estimate is that the mortality rate is probably “somewhere between 0.1% and 1%.” This “is likely more severe in its mortality rate than the typical flu” rate of 0.1 percent to 0.15 percent, “but it’s certainly within the range.”

Giroir’s estimate accords with a February 2020 commentary in the New England Journal of Medicine by renowned immunologist Anthony Fauci and others:

If one assumes that the number of asymptomatic or minimally symptomatic cases is several times as high as the number of reported cases, the case fatality rate may be considerably less than 1%. This suggests that the overall clinical consequences of Covid-19 may ultimately be more akin to those of a severe seasonal influenza (which has a case fatality rate of approximately 0.1%) or a pandemic influenza (similar to those in 1957 and 1968) rather than a disease similar to SARS or MERS, which have had case fatality rates of 9 to 10% and 36%, respectively.

A prime example of how journalists misreport on this issue is a March 12th article in Business Insider by Andy Kiersz. In this piece, he compares the “death rates” of Covid-19 from the South Korean CDC to that of the flu from the United States CDC. Based on these numbers, he reports that “South Korea—which has reported some of the lowest coronavirus death rates of any country—still has a COVID-19 death rate more than eight times higher than that of the flu.”

likely a substantial underestimate of the true number. Correcting for under-ascertainment using a multiplier model, we estimate that 1.8 million–5.7 million cases occurred, including 9,000–21,000 hospitalizations.

Put simply, Covid-19 death rates that are based upon reported or confirmed infections grossly undercount the number of people with the disease. This, in turn, makes the death rate seem substantially higher than reality.

Another important factor in weighing the risks posed by Covid-19 is its transmissibility, or how contagious it is. In this respect, Covid-19 appears to be much more dangerous than the seasonal flu, but once again, there is some ambiguity.

Scientists measure the contagiousness of diseases with a basic reproduction number, which is the average number of people who tend to catch a disease from each person who has it. This measure is an innate characteristic of the disease because it doesn’t account for actions that people take to prevent it. A February 2020 paper published in the Journal of Travel Medicine explains that any disease with a basic reproduction number above 1.0 is likely to multiply over time.

The same paper evaluates 12 studies of the basic reproduction number of Covid-19 in various nations and finds that they “ranged from 1.4 to 6.49,” with an average of 3.28 and a median of 2.79. Based on their analysis of these studies, the authors conclude that the basic reproduction number of Covid-19 will likely prove to be “around 2–3” after “more data are accumulated.”

In contrast, a 2014 paper in the journal BMC Infectious Diseases analyzes 24 studies of the seasonal flu and finds that the median result for the basic reproduction number is 1.28. The authors stress that the seemingly small difference between 1.28 and higher figures like 1.80 “represent the difference between epidemics that are controllable and cause moderate illness and those causing a significant number of illnesses and requiring intensive mitigation strategies to control.”

In other words, if the transmissibility of Covid-19 is as high as currently estimated, the aggressive measures that some governments, organizations, and individuals have taken to limit large gatherings and travel from areas with outbreaks will save many more lives than doing the same for common diseases like the flu.

There are, however, mortal dangers in overreacting because measures to limit the spread of Covid-19 often have economic impacts that can cost lives. As detailed in the textbook Macroeconomics for Today, countries with low economic growth “are less able to satisfy basic needs for food, shelter, clothing, education, and health.” These hazards can manifest quickly and over extended periods of time.

If certain industries adopted the social distancing extremes that many people have embraced, this would shut down food production and distribution, health care, utilities, and other life-sustaining services. Even under far more moderate scenarios where people who are not in these industries shun work, all of those necessities and many more aspects of modern life depend on the general strength of the economy. Thus, overreacting can ultimately kill more people than are saved.