COVID-19 and the Disappearance of SJWs 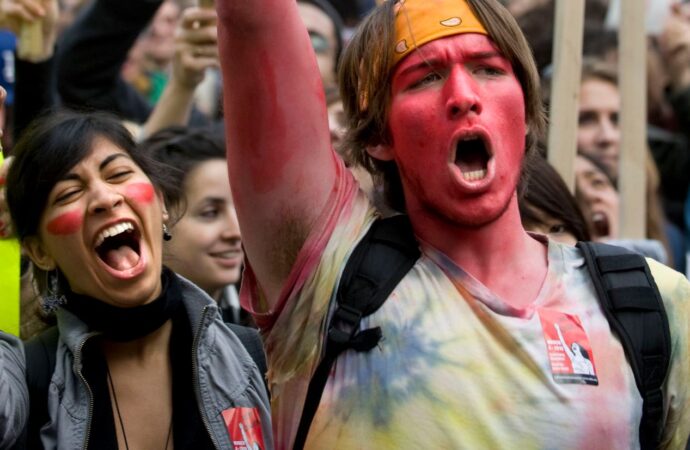 Oh sure, some have called President Trump a racist for using the term “the Chinese Virus” to describe COVID-19. I would quarrel with this term not as racist, but as inaccurate. As some others have noted, we should call it the “CCP Virus,” or the Chinese Communist Party Virus, to remind readers who was responsible for this pandemic.

No – like an 18-wheeler loaded with toilet paper roaring down the freeway – may it arrive soon! – the coronavirus has run over and flattened almost all other news, including stories of micro-aggressions, hidden racism, and whether a man can become a woman. Those days are gone, at least for now.

Since January, more than 90 percent of the stories on the online sites I visit each morning address only one subject: the coronavirus. Here we see article after article, many of them contradictory, about the rise and fall of the virus in different countries. We read about shutdowns, and about the horrible economic destructiveness of this epidemic. Some commentators, and even a couple of people I know, recite the death toll and the numbers of newly diagnosed cases daily, in the way Uncle Billy Bob used to reel off the stats of his beloved Atlanta Braves.

Meanwhile, all those other social and cultural issues that seemed so vitally important and roused some people to fury have gone the way of canned goods and hand sanitizers.

In The Madness of Crowds: Gender, Race and Identity, Douglas Murray describes how “identity politics,” “social justice,” and “intersectionality” divide Americans into tribes, destroying lives, causing upheaval and chaos, and inducing a form of dementia among some of our citizens. Movements that began by seeking justice have morphed into the fanatical and the bizarre, led by cuckoo land dictators demanding changes that defy human nature and commonsense.

Murray begins The Madness of Crowds in this way:

We are going through a great crowd derangement. In public and in private, both online and off, people are behaving in ways that are increasingly irrational, feverish, herd-like and simply unpleasant. The daily news cycle is filled with the consequences. Yet while we see the symptoms everywhere, we do not see the causes.

In four long chapters – “Gay,” “Women,” “Race,” and “Trans” – Murray examines the driving forces behind each of these movements and the conflicts that break out within them. He gives many specific examples, some from headlines, some from his personal life – Murray himself is gay – that support his thesis that we as a culture have gone off the rails. At the end of “Trans,” for example, Murray writes of transgenderism that the chief problem at present is “the spurious certainty with which an unbelievably unclear issue is presented as though it was the clearest and best understood thing imaginable.”

In “Women,” Murray looks at the effect of the trans movement on feminism, and concludes:

“It suggests that everything women and men saw – and knew – until yesterday was a mirage and that our inherited knowledge about our differences (and how to get along) is all invalid knowledge…that we are being not just asked, but expected, to radically alter our lives and societies on the basis of claims that our instincts all tell us cannot possibly be true.”

The coronavirus has given us a vacation from the issues raised in Murray’s valuable book, a break from the finger-pointing, screeching, and hate-mongering; a respite from what are all too often petty accusations of violating some code of conduct that didn’t even exist a few years ago. Many of our campuses, the hothouses for some of these radical ideas, are closed, and the threat of viral death, sickness, and economic catastrophe has unmasked these issues as miniscule when compared to our present circumstances.

Samuel Johnson once said “Depend on it, sir, when a man knows he is to be hanged in a fortnight, it concentrates his mind wonderfully.” Judging by our near obsession with a tiny beast we can’t see, this coronavirus has concentrated our minds wonderfully as well.

When this virus is quelled – and it will be – we can expect the social justice warriors to rise up, raise their banners, and again demand that we “radically alter our lives and societies on the basis of claims that our instincts all tell us cannot possibly be true.”

Will we continue to go meekly along with claims such as “America is the most racist country in the world” or “A man can be a woman?” Or will we find the courage to tell the crazies to take a hike?