Coronavirus Unites China in Fear, Grief and Anger at Government 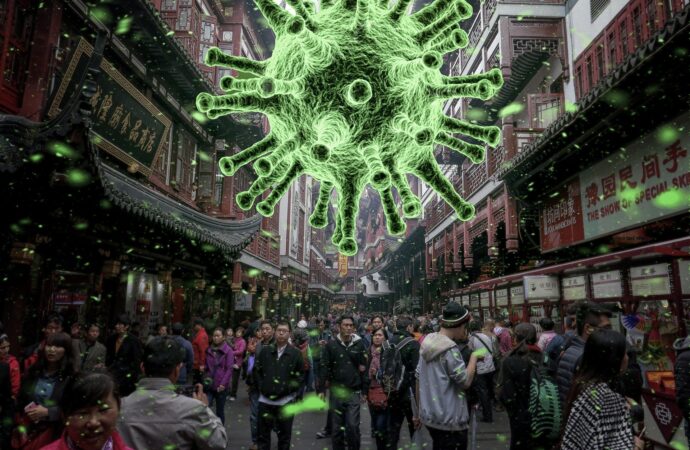 The coronavirus known as COVID-19 has killed more than 3,000 people and spread into Europe and Latin America, raising fears of a global pandemic.

But in China, where the outbreak began, it took just one death to unleash the grief and fury of a nation. On Feb. 7, 34-year-old Dr. Li Wenliang – one of eight whistle-blowers who first sounded alarms about the new coronavirus in Hubei Province back in December – died from coronavirus.

Public vigils were held across the country. Chinese people angry over the government’s handling of the public health emergency also went online en masse and placed blame for Li’s death squarely at the government’s feet.

Using text, songs, pictures and symbolic imagery to evade censors, they asserted that the Chinese government had both covered up the coronavirus outbreak and downplayed the seriousness of the disease, causing avoidable deaths.

A song from the musical “Les Misérables,” “Do you hear the people sing?,” made the rounds on social media. One lyric celebrates “the music of the people/Who will not be slaves again!” – a refrain of resistance that recalls the Chinese national anthem, “Arise, ye who refuse to be slaves!”

This brief blossoming of free speech ended quickly. Within several days of Li’s death, the hashtag #IWantFreedomOfSpeech – which had gone viral on Weibo, the Chinese equivalent of Twitter – was deleted. Zhiyong Xu, the activist who demanded Xi’s resignation, was arrested.

While short-lived, the popular anger over coronavirus was a significant development in China. Such open dissent would have been unimaginable just a few months ago.

Chinese media and the internet have developed along two separate but ultimately repressive paths, my doctoral research on the political economy of the Chinese internet shows. But the government normally maintains strong authority over both.

Online news media, which emerged in the 1990s in China, was immediately integrated into the traditional state media system and strictly controlled. According to Reporters Without Borders, China ranks 177 out of 180 countries in press freedom.

For-profit businesses have more freedom to operate on the internet as a means to boost China’s economy – as long as their business operations don’t challenge authority. As a result, Chinese social media platforms like WeChat and Weibo are vibrant and well used, but they are dominated by entertainment, gossip and other sensational content – not political speech.

During the height of coronavirus fury, the government lost control of both realms of the Chinese internet. On social media, celebrity gossip gave way to discussions of public affairs, social issues and politics. Comments critical of the government, normally deleted quickly, were widely circulated.

The day after Dr. Li’s death, on Feb. 8, Yicai Magazine published a timeline showing the spread of the coronavirus in an article titled, “If there was a possibility to sound the alarm on Wuhan, which day would it be?” Other outlets published investigative stories about government disinformation, corruption within aid groups and the scarcity of medical supplies.

The public outcry over coronavirus was also unprecedented because in a society that has long been deeply divided, it united Chinese across classes and geography.

Ever since China “opened up” its socialist economy in 1978, partially liberalizing markets and reducing the state’s oversight over all economic activity, gross domestic product has grown by around 10% annually. More than 850 million Chinese people were lifted out of poverty.

But surging growth has brought roaring income inequality – among the world’s worst. Chinese society is hugely divided between rural and urban areas, with urban households earning on average more than three times as much as rural households, according to the Organization for Economic Cooperation and Development.

China’s inequality is geographic, too. While privileged elite and middle classes in coastal cities have access to top-notch education systems, health care and infrastructure, inland residents frequently lack access to these services. Rural unemployment is high.

Internet access is among China’s unevenly distributed services. According to the 2019 report from the China Internet Network Information Center, 61 percent of Chinese people can get online at home or on a mobile device, whereas Northern Europe has the highest online penetration rate of 95 percent and Western Europe 92 percent.

The internet has proven to be a powerful tool for China’s “have-less” and “have-nots” to connect with each other and with job opportunities.

Unlike in other countries where online activism has triggered mass protests, the internet has not historically enabled Chinese people to come together across economic and social divides to protest their government.

Most social movements in China – both online and offline – gain traction only within similar groups whose interests are clearly aligned. Environmental protests against the construction of chemical plants in the cities of Xiamen and Dalian in 2007 and 2011, for example, drew students and urbanites. Labor protests for better pay, working conditions and the right to unionize in 2018 were confined to China’s working classes.

Coronavirus is different: The threat is universal.

The outbreak affects Chinese across classes and threatens different interest groups within classes. Quarantines of entire villages and communities, sealed off as the government tries to control the outbreak of the virus, impact the lives of every single resident.

Nor are rural areas exempt from coronavirus. The Chinese migrant workers who live in the outskirts of cities were headed back to their rural hometowns en masse when the virus hit during the Chinese New Year – the largest annual human migration in the world, called “Chunyun.” Some of them brought coronavirus with them to places where the lack of medical resources is severe.

Economically, coronavirus hurts a wide swath of Chinese society, too. With factories and offices shuttered, both white-collar and blue-collar workers are facing potential layoffs or delayed return to work, depriving them of income. Street vendors, shops and service industries are all hit hard.

Between the seriousness of the virus and the mass pause of all Chinese society, everyone seems to be questioning systemic problems long disguised or ignored in the Communist Party’s discourse of stability, nationalism and economic development.

The lack of government transparency, a censored press, inequality and the shortage of medical resources are longstanding problems in China. Coronavirus brought them to the fore, and, if only for a brief moment, the Chinese people demanded better.