With Bernie, Trump May Regret What He Started 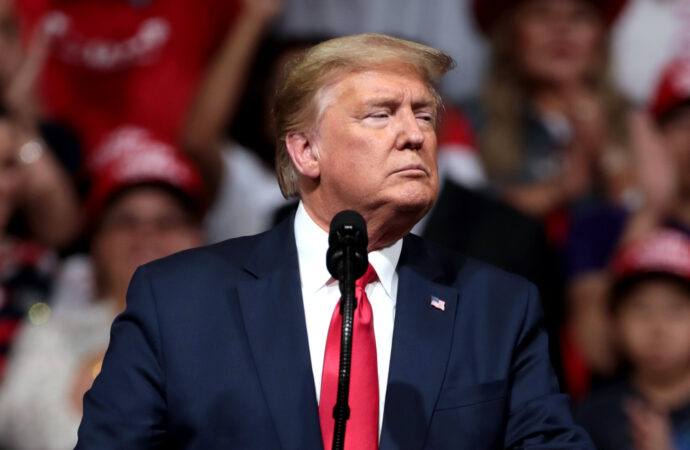 An ancient Hebrew rabbinical text, sometimes called The Apocalypse of Abraham, tells the story of Abraham’s father, Terah, who manufactured statuette idols, considered gods by the local population. A young Abraham noticed that the head of one of these idols had fallen off during transport. He had a revelation: these were false gods made by humans; they had no spiritual or existential power. The true God then called on Abraham to leave his father’s idolatrous house, which was promptly destroyed by fire from heaven.

For many Americans, the idols whose heads have fallen off are the members of the Republican and Democratic establishments. The emergence of Trump and Sanders as the leaders of their respective parties indicates that they’ve concluded that our traditional political gods are phony, so let’s burn the whole thing to the ground.

The political class appears to them to be filled with empty vessels, not only lacking in morality but rigging the game for themselves. The rise of Bernie Sanders, coming on the heels of Donald Trump’s remarkable presidency, is a sign that our nation has reached an epoch, a distinctive historical period representing a profound break from past authority. A growing number of Americans no longer recognize the traditional political establishment as their rightful rulers. This revolution puts at risk of ignominy not only our politicians but the whole cultural class that has supported them – leaders in education, the arts, business, entertainment, and the media are all experiencing a crisis of legitimacy. Our system is entering uncharted waters.

Certain long-established categories of American politics may still apply for the time being: an incumbent president with a good economy probably has an advantage, while a left-wing candidate who is out of the electoral mainstream will face a significant undertow. With Sanders at the top of the ticket, Democrats may not enjoy the same success “down the ballot” as they did in 2018. Many affluent suburbanites, for example, who felt cultural distance from Donald Trump when they voted against Republicans in the recent midterms, will likely change their minds to avoid having their wealth diminished by Bernie.

But Republicans are being hubristic if they fail to recognize that Sanders is riding the same wave that gave us Trump – a wave so big it could even wash a socialist into the White House. Trump’s margin for error is not as significant as many Republicans believe; recall that in 2016, some establishment Republicans saw Jeb! as a shoo-in and Trump as a sure loser.

The enthusiasm for Sanders, therefore, is not sui generis, but has much in common with the 2016 support for Trump. Democrats want to overthrow their own establishment in the same way Trump voters ransacked the leadership of the GOP. Trumpers wanted the Bush family to go away; Bernie’s followers want to bury the Clinton-Biden cabal that lined its pockets as the middle class was hollowed out. Both groups want the establishment gone.

Bernie Sanders’ rise should thus not be seen exclusively through the banalities of the punditry class, which views his popularity simply as a leftist victory over the “moderates” in his party. Calls to nominate a “moderate” are rightly understood as doublespeak: the Democratic establishment really wants a candidate who can raise money from Goldman Sachs or Boeing and then sit idly as home values crater and working-class kids are sent to fight in useless wars. They want a “moderate” because it will allow them to keep feathering their Beltway nests at the expense of everyone else. Bernie may be very confused about economics, but he knows a seething electorate when he sees it.

And Sanders’ policies are not out of the mainstream of the current Democrat Party; in fact, they’re only inches to the left of many of his primary opponents such as Elizabeth Warren. The Democratic Party is a socialist party – and it is quite popular. Bernie is distinguishing himself in this primary field, not because he is a socialist, but because he wants to upset the entire political apple cart. He is winning because he is talking about revolution, not in spite of it.

Given that Sanders’ candidacy is deftly riding the wave of this new epoch, he may be more formidable than Republicans expect. Trump has gone wobbly on many of the core issues that animated his 2016 candidacy. His pledge to get out of Middle East wars was followed by the appointment of hawkish Bush-style neoconservative advisors who are now fomenting a war with Iran, which would be a death sentence for his candidacy. You can bank on the fact that Bernie’s foreign policy team will send him to campaign in Michigan, Wisconsin, and Pennsylvania, where Trump’s warlike posture in the Middle East is hardly as popular in working-class neighborhoods as it is at the American Enterprise Institute.

Trump’s attacks on Wall Street during his campaign were promptly followed by the appointment of Goldman Sachs’ own Gary Cohn to be his chief economic advisor and the swift death of his pledge to end the carried interest loophole for hedge funds. Trump has no doubt managed the economy well, but he is in many ways an establishment Republican so far as his economic policies go.

Trump’s marquee promise to shut down illegal immigration on the southern border cannot be considered a success, as Ann Coulter will testify. And while the wisdom of a wall might be questioned, the failure to build it could be a clear political liability to the president among his base.

The economy is quite strong and middle class wages are rising. If things stay that way, and if we avoid another Middle East war, Trump is clearly the favorite to win in November. But it should give him pause that he is facing a candidate who is even less a creature of the establishment than he was in 2016. The heads of once-sacred idols have fallen off.