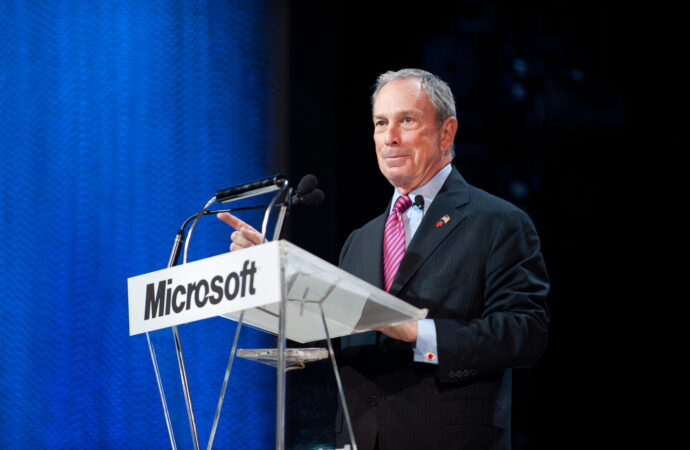 Presidential candidate Mike Bloomberg isn’t married – and The Washington Post thinks that is fantastic. For the past 20 years, Bloomberg has been in a romantic relationship with a woman named Diana Taylor. If he wins the election in November, America faces the prospect of an unwed president and first lady.

Taylor, who has a successful career in finance, kept a low-profile during Bloomberg’s tenure as mayor of New York. Now she is stepping out of the shadows. She is hitting the campaign trail and recently gave a lengthy interview to The Washington Post’s Robin Givhan.

Taylor’s utterances are all diplomatic and fairly innocuous. Of her status, she says, “I’m a unicorn in a unicorn campaign,” she says. No doubt she understands that some voters would take offense if she suggested her relationship with Bloomberg is somehow superior to marriage. The Washington Post, however, has no such scruples.

Givhan breathlessly opines that, “Their relationship…isn’t bound by law or religion.” She goes on to gush that if Bloomberg is elected Taylor “can just continue being Diana Taylor, which would mean that although she hasn’t shattered a glass ceiling, she has at least destroyed a suffocating archetype.” She writes that on the campaign trail Taylor’s “message is focused on lifting up women as individuals — not as marital appendages, nurturing multitaskers or a voting bloc of uteri.”

Clearly, Taylor and Bloomberg’s unwed status plays well with woke, coastal elites like Givhan. To them, this couple is far more enlightened than the millions of ignoramuses in flyover America who still bother to get married.

But the old-fashioned conventions do present a practical problem. Namely, what do we call Taylor? Is she Bloomberg’s girlfriend? Companion? Significant other? “Nobody’s come up with the language around what we are,” Taylor acknowledges. “I hate ‘girlfriend’ because it sounds so temporary. It’s very junior high.” She seems to prefer the term “partner.”

The need for the nomenclature issue to be resolved is becoming more pressing. When British Prime Minister Boris Johnson moved into 10 Downing Street last year, he brought along a woman named Carrie Symonds. She is not his wife.

France, a country that is always at the cutting edge of social questions, already has some experience with an unmarried president. François Hollande, who held the presidency between 2012 and 2017, lived in the Elysee Palace with Valerie Trierweiler. Like Taylor, Trierweiler had a successful career of her own. Halfway through Hollande’s term, a tabloid revealed he was having an affair with an actress. He split with Trierweiler who went on to publish a vicious tell-all memoir of their relationship. Hollande chose not to run for a second term and, at this point, his presidency is mostly remembered for the romantic drama.

Hollande’s predecessor President Nicolas Sarkozy married his girlfriend Carla Bruni early in his term. In an interview, Bruni said, “I think it is simpler to be the legitimate wife of the head of state rather than being his partner. For my part I felt a real easing of the general concern about me when I married Nicolas.”

People like Robin Givhan see an unmarried president and first lady as a step forward for our society. But perhaps Taylor and Bloomberg should listen to the advice of one of the few people on earth who has lived through their situation. Becoming a wife will make Taylor’s public role considerably easier.