Social Security Is a Terrible ‘Investment’ 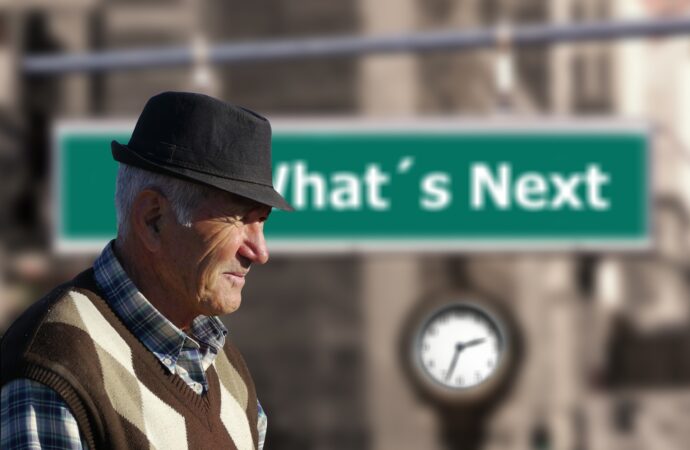 Social Security, the primary retirement savings tool and biggest tax for millions of Americans, is a bad deal, critics contend.

They argue that mandatory Social Security is a poor investment because it only provides an average annual income of some $17,000. This is a lousy return on the decades of tax payments, critics contend. They say most would obtain superior returns with private investments.

“Americans would be better off keeping their payroll tax contributions and putting them into private retirement accounts than having to sacrifice them to the government’s broken Social Security system,” according to “Is Social Security Worth Its Cost?,” a study by the Heritage Foundation.

Social Security officials reply that the program provides value because it includes disability as well as retirement income coverage. They question how well the average person would do with a private retirement account.

Social Security payroll taxes are 6.2 percent each for the worker and the employer. But the worker pays the entire bill if an independent contractor.

The average Social Security recipient receives some $1,461 a month, although most now pay a tax on these payments. They were untaxed until the 1980s, when the program faced a funding crisis.

The Heritage Foundation found that many workers paying into the program end up with a negative annual rate of return, somewhere between minus –0.04 and –14.53 percent depending on one’s age. Younger workers with the most years to pay into the system and groups with below-average lifespans are the ones who have the poorest returns, a Heritage Foundation official says.

“We are telling young people to put money into this program that guarantees zero or negative returns,” says Rachel Greszler, one of the authors of the report.

Greszler notes that this is in comparison to a 4.76 percent annual return for those who have conservatively invested: half in large cap (capitalization) stocks, half in government bonds, and assuming an expense ratio of 0.7 percent. Greszler concedes that the long-term results of private investments are likely better than 4.76 percent. “We wanted to use a conservative investing model,” she says.

Indeed, long-term stock returns are just under 10 percent a year according to the book Stocks for the Long Run. Bonds usually earn between 2 and 5 percent a year depending on the kind of bond and its term.

And in fact the Heritage Foundation study slightly overstated Social Security’s returns, because it only included those aged 66 and above, and only those who live long enough to collect full benefits. The numbers would have been smaller if they had averaged in those who die before age 66 and receive little or nothing in retirement benefits.

Whether an investor’s portfolio is bond or stock heavy, it is clear that the consistent investor does much better than someone depending on Social Security, critics argue. Indeed, retirement advisors warn clients not to overrely on these payments.

“I tell people to be very conservative about Social Security payments in building a retirement plan,” says Ronald Roge, a Bohemia, New York, advisor. “It should be no more than a third of your income.”

if a client is expecting to get most of his income from Social Security, then there is very little I can do to help them achieve a secure retirement.

Still, Social Security officials defended the program as comprehensive. They said it is more than just retirement income.

“Rates of return on Social Security are complicated because these benefits include disability and survivors protection as well as CPI-indexed life annuities for retirees, something not offered in the commercial market,” according to Stephen Goss, Social Security chief actuary.

“The value of such insurance protection,” he adds, “goes beyond just the average benefit payments, as indicated by the premiums charged for commercial insurance.”

Goss argues that accumulation in private accounts “can vary widely based on timing and investment choices. As a result, serious proposals for providing some portion of Social Security protection in the form of individual accounts have generally provided some form of guaranteed return to eliminate the prospect that some individuals will have poor experience.”

Social Security itself, of course, should never be confused with a real trust fund, or a real saving or investment program, as can be seen in the program’s dicey trust fund accounting identified by economist Murray Rothbard about a half century ago:

For the government does not invest the funds it takes in taxes, it simply spends them, giving itself bonds, which must be later cashed when the benefits fall due. How will the cash be then obtained? Only from further taxation and or inflation.

A Program in Trouble

But beyond the debate over private accounts, almost everyone agrees on this: the current Social Security system is in the red – today more is paid out than is paid in, a deficit that is expected to get worse as people live longer and birthrates decline – and Congress must act over the next fifteen years. Benefits must either be reduced or taxes raised again, or the system’s two trust funds will reduce payments by about a quarter.

The Social Security Trustees project that the retirement and disability funds, “will be depleted in 2035.”

Goss, in a sentiment shared by Social Security critics, says, “Congress must act.”

Social Security’s returns, taxes, and benefits have been much debated, especially over the last fifty years as the program has gone through numerous crises. Taxes have been raised and benefits cut several times.

The problem of how to fund Social Security has persisted over decades. Both Presidents Carter and Reagan, in the 1970s and 1980s, respectively, signed Social Security reform packages that called for higher taxes and benefit cuts.

Carter said his package would make the system “sound.” Reagan said his changes would “protect the financial integrity of Social Security.”

William “Tip” O’Neill, a former speaker of the House of Representatives and a key player in the Social Security debates of the 1970s and 1980s, hardly touches on them in his book “Man of the House,” except to say how he and his allies prevented benefit cuts.

They didn’t. And more are likely on the horizon.

These failed Social Security solutions resulted in the shaky finances of the current system. However, sometimes in its history Social Security has been billions of dollars in the black. But that money was never used to shore up the program. Instead, Greszler says, the extra revenue “allowed governments to spend a lot more on other things.”