Land of the Free? Let’s Hope It Stays That Way 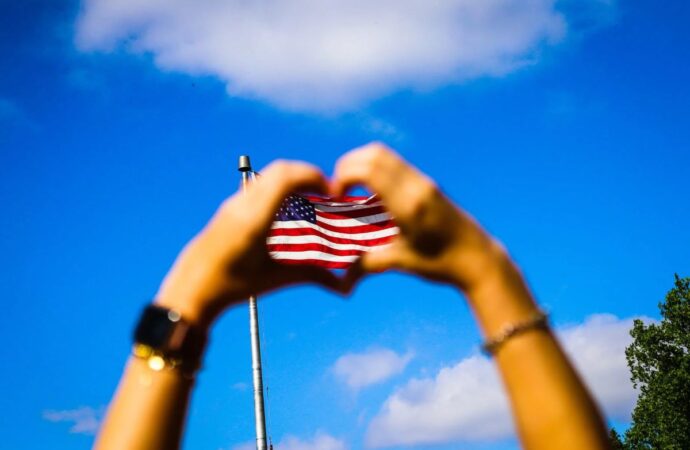 This past week I attended a basketball game at a small, local college.

Like many people, I put my right hand on my heart as we stood to sing the National Anthem. When we came to the line “The land of the free,” I found myself wondering what some of my fellow Americans thought about those words.

The online site Issues & Insights reports that Americans show a growing approval of socialism, as 7 in 10 millennials say they would vote for a socialist candidate. Even more astounding, the article states that in 2019, 7 in 10 Democrats believe that socialism is a “good thing.”

Many factors explain this sea change in our political thinking. Ignorance of the history of socialism and of what socialism entails; the indoctrination taking place in social science courses in our secondary schools and universities; the desire for “free” education and health care: all of these factors contribute to Americans’ new view of socialism.

Once upon a time in America – America once was indeed a fairy tale to the people who came here – the American Dream was centered on freedom. People immigrated to our shores to escape tyrannical governments, religious persecution, and starvation. They came here, too, to be free to pursue their dreams and to give their children opportunities unavailable to them in the old country.

In a scene from the film “A Tree Grows in Brooklyn,” we meet a grandmother who had long ago immigrated to America seeking a better life. Nightly, her grandchildren read aloud from the Bible and from Shakespeare. When her grandson questions the value of this reading, the grandmother gives her daughter and grandchildren advice not only on the importance of education, but on the meaning of freedom.

This reading will not stop. I say this thing. To this new land your grandfather and I came very long ago now because we heard that here is something very good. Hard we worked, very hard, but we could not find this thing. For a long time I do not understand. And then I know. When I am old, I know. In that old country a child can rise no higher than his father’s state. But here in this place each one is free to go as far as he’s good to make of himself. This way, the child can be better than the parent, and this is the true way things grow better…This reading will not stop.

That grandmother was illiterate, but she knew the value of freedom and the personal responsibilities that come with it. “Each one is free to go as far as he’s good to make of himself.”

All around the world, governments, many of them socialist, trample on what our Founders called “inalienable rights.” Cuba, Russia, Vietnam, North Korean, China, and other countries all offer versions of what George Orwell predicted: “a boot stamping on a human face—forever.”

News of late has highlighted China’s intellectual theft from Western universities and laboratories, its suppression of religion, and its mishandling of the coronavirus, so let’s look to the Communist Party of China (CPC) as an example of socialism. The CPC has governed that country for more than 70 years. The number of millionaires in China is at 4.4 million people and counting. China has become a manufacturing giant, and most Chinese would surely consider themselves better off economically than they were in the last century.

But if we compare the state of liberty in the United States to that of China, we find a very different picture.

In “The Fourth Reich,” Wesley J. Smith explores in-depth the CPC’s brutal control of its people, which Smith describes as two-pronged: “jackboot thuggery and social excommunication.”

“Social excommunication” means massive surveillance resulting in “good” and “bad” social credit grades. Good grades keep you in the good graces of the CPC. Bad grades, derived from such offenses as speeding on the highway or speaking privately with foreigners, can see you denied the right to travel, fired from your job, and forbidden to enroll your children in certain schools and universities.

No doubt many Americans who tell pollsters they support socialism are ignorant of these realities. They honestly believe a socialist government will allow them to keep their liberties while creating paradise. Some politicians and teachers promise them this very thing.

Those familiar with the history of socialism and communism know this to be a lie.

American socialists want us to believe they are interested in our well-being. The truth is, they are interested first and foremost in power. They promise us that if we only give them control, then they will take care of us, as if we were toddlers needing naps, bottles, and spoon feeding.

Once upon a time in America a man cried out, “Give me liberty or give me death.”

Socialism is the death of liberty.