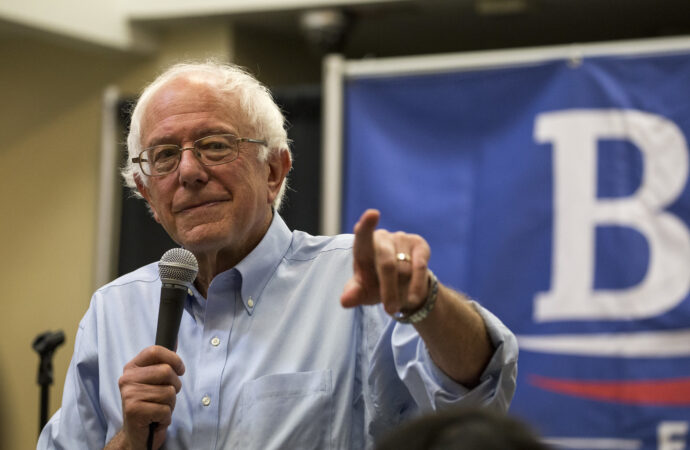 It’s starting to dawn on people – not least of all Democrats running for president – that Bernie Sanders might win the Democratic presidential nomination. The longtime independent socialist senator from Vermont rolled up yet another early state win, this time a landslide victory in the Nevada caucuses. And he may have solved the problem that doomed his 2016 campaign against Hillary Clinton.

Sanders is cobbling together a multiracial coalition. Entrance polls showed him winning 54 percent of Hispanics, trouncing Joe Biden who came in a distant second with 16 percent. (He did carry this demographic against Clinton in Nevada four years ago.) He finished second among African-American caucus-goers, though Biden won a plurality. Sanders took 65 percent of voters between the ages of 17 and 29, though he didn’t lose among any age group except the 65 and up crowd. “In Nevada, we have just put together a multi-generational, multi-racial coalition which is going to not only win in Nevada, it’s going to sweep this country,” Sanders crowed to supporters.

The other Democrats running were less enthusiastic, with Pete Buttigieg warning that Bernie “believes in an inflexible, ideological revolution that leaves out most Democrats, not to mention most Americans.” The former South Bend, Ind. mayor added, “That is the choice in front of us. We can prioritize either ideological purity or inclusive victory. We can either call people names online or we can call them into our movement. We can either tighten a narrow and hardcore base or open the tent to a new and broad and big-hearted American coalition.”

Biden, hoping to eke out a second place finish in Nevada, put it more succinctly: “I ain’t a socialist, I ain’t a plutocrat, I’m a Democrat.” Now he needs to win South Carolina to have any hope of holding off Sanders and former New York City Mayor Michael Bloomberg. Bloomberg will start appearing on state ballots on Super Tuesday, following next weekend’s contest.

It’s not clear that saying Bernie isn’t a real Democrat will fly, however. A lot of Democratic voters think it’s Bernie’s party now.